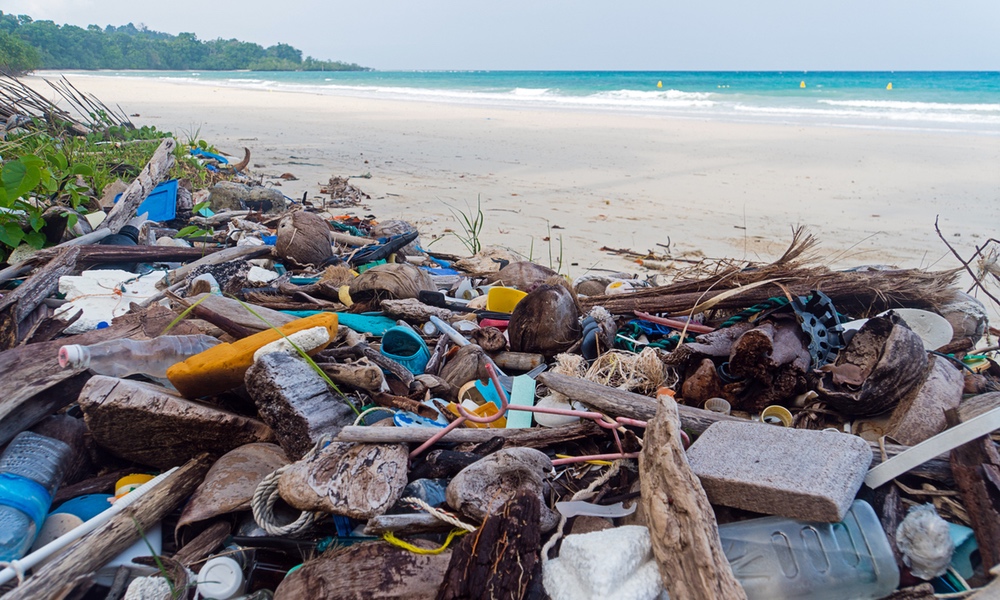 Cut Back on Takeout

Neil Wagner
Takeout containers are overtaking our landfills and shorelines. There are other options

Centuries from now, as archeologists explore sites from the 21st Century, the dominant artifacts may be a vast array of takeout food containers. There were over two billion used last year in the European Union alone. They don't break down, and few were recycled. So there will probably be plenty left lying around.

This is not the legacy most of us have in mind. Fortunately, some municipalities are working on solutions. In Europe, a study shows, efforts to reduce the waste associated with takeout containers mainly take the form of laws and policies to cut down waste and encourage recycling.

A look at 12 different impacts, from the natural resources required to produce takeout containers to the effects of discarded containers on marine life.

Researchers recently studied the environmental impact of takeout containers, conducting the first known Life Cycle Assessment (LCA) of them. An LCA is a cradle-to-grave assessment of a substance's impact on the environment, from the raw materials used to produce it to the product's eventual disposal or recycling. The researchers, from the University of Manchester, looked at 12 different impacts, from depletion of natural resources involved in the manufacture of the containers to the toxicity of discarded containers to marine life.
ADVERTISEMENT
They examined three types of containers — styrofoam, aluminum and clear plastic (polypropylene). Styrofoam had the lowest overall environmental impact, though the researchers certainly are not endorsing its use. Its lower impact mainly comes from the fact that it takes considerably less energy and materials to produce styrofoam containers than plastic or aluminum containers. But even styrofoam containers cannot be considered a sustainable option until they can be recycled on a large scale. Right now, they're a major source of urban and marine litter.

Plastic and other types of containers would have a lower environmental impact than styrofoam if they were reused often enough, even considering the added water needed to clean them. This holds for typical store-bought plastic containers, as well as for the clear polypropylene containers currently used for takeout packaging.

Consumers Have the Power

“As consumers, we can play a significant role in reducing the environmental impacts of food packaging by reusing food containers as long as possible,” said project leader and study co-author, Adisa Azipajic, a Professor of Sustainable Chemical Engineering and Head of Sustainable Industrial Systems at The University of Manchester, in a statement. “Our study shows clearly that the longer we reuse them, the lower their impacts become over their extended lifetimes.”

The European Parliament recently passed rules requiring EU households and businesses to recycle 55 percent of their waste by 2025. If this were done with takeout containers, the Manchester researchers note, the impact on carbon emissions would be equivalent to taking 55,000 cars off of the road. Reusing containers means fewer new ones need to be produced. New York City has begun a ban on styrofoam containers.

The impact of reducing takeout container waste by 55 percent on carbon emissions would be equivalent to taking 55,000 cars off of the road.

Reusable takeout containers are another approach, at least in the short term.

In the United States, the campus of the University of California-Merced found that reusable takeout containers worked at college cafeterias. So many students were getting meals “to go” that the school was going through over a quarter of a million takeout containers per year. In 2012, they began to serve takeout food in reusable containers, a program that they have been tweaking and expanding ever since. The program was so popular that it was difficult at first for the dining halls to deal with all those dirty containers, but eventually they found a way.

Of course, some people worry about chemicals leaching from plastic containers into their food, a process that accelerates in plastic containers that have seen a lot of use. Even food wrappers are a source of unwanted chemicals. The simplest solution is to cook your own meals more often, a strategy with many health benefits as well.

The study appears in the Journal of Cleaner Production.