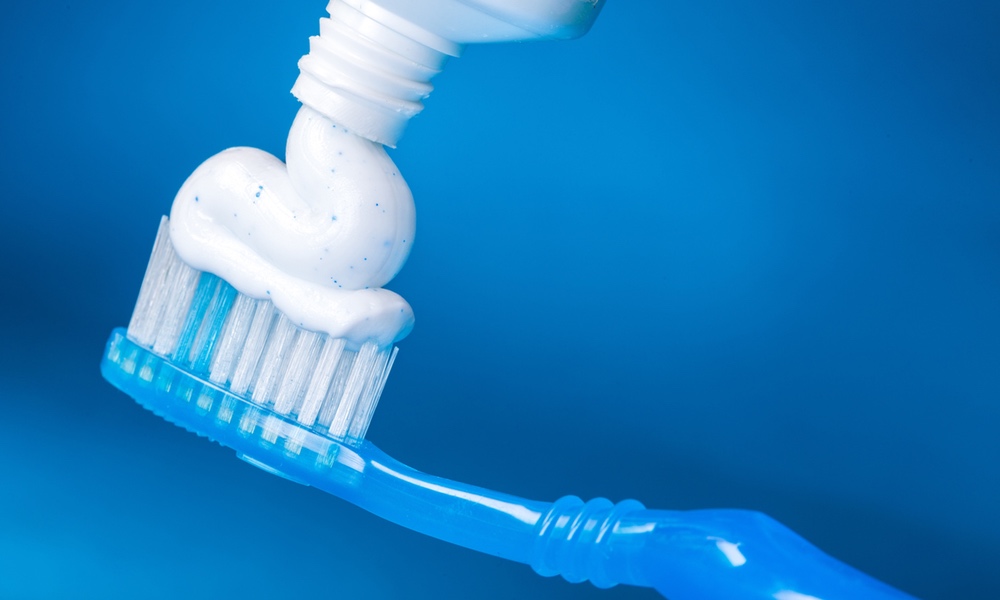 Neil Wagner
This endocrine disruptor accumulates on your toothbrush. Changing toothpaste may not help.

If you've been using toothpaste containing the chemical triclosan and want to switch back to regular toothpaste, you should also switch to a new toothbrush. If you don't, you may end up brushing with triclosan for a lot longer than you expect.

That's because triclosan sticks around. Some toothbrushes absorb a great deal of the chemical and then release it back into the new toothpaste, a study has found.

When the researchers switched to triclosan-free toothpastes but continued to use the same brushes, triclosan was continuously released from the toothbrushes over the next two weeks.

There have been health questions surrounding triclosan for many years. The FDA has banned it from soaps, citing a lack of evidence that it is safe and effective.
ADVERTISEMENT
At the same time, several studies show triclosan is effective at reducing gum inflammation, plaque and cavities, so some toothpastes continue to be formulated with it.

But there are trade-offs: Triclosan can act as an endocrine disruptor and causes environmental problems after it goes down the drain.

The current study, which simulated three months worth of brushing in the laboratory, used a variety of toothpastes and 22 different toothbrushes. Researchers found that about 7 to 12 times the amount that triclosan users are exposed to in a single brushing accumulated on more than one-third of the toothbrushes, including two children's varieties.

When the researchers switched to triclosan-free toothpastes but continued to use the same brushes, triclosan was continuously released from the toothbrushes over the next two weeks. Certain types of toothbrush bristles were the worst offenders, particularly those containing elastomers — rubber and other rubbery materials. The nylon bristles found on most toothbrushes also absorbed the chemical.

Instead of trying to find out what your toothbrush is made of, there's a much simpler approach to avoiding triclosan exposure: just start using a new one with triclosan-free toothpaste. You've probably been brushing with the old one for a long time anyway.

ADVERTISEMENT
The American Dental Association recommends changing toothbrushes at least every three to four months — more often for children or if the bristles are obviously frayed. The main reason is that when the bristles become worn, they don't clean as well. Bacteria can build up on toothbrushes over time, though, as the ADA recommendation points out, surprisingly little is actually known about the health effects of this bacterial buildup.

In any case, switching to a new toothbrush a little early can't hurt.

The study appears in Environmental Science and Technology.