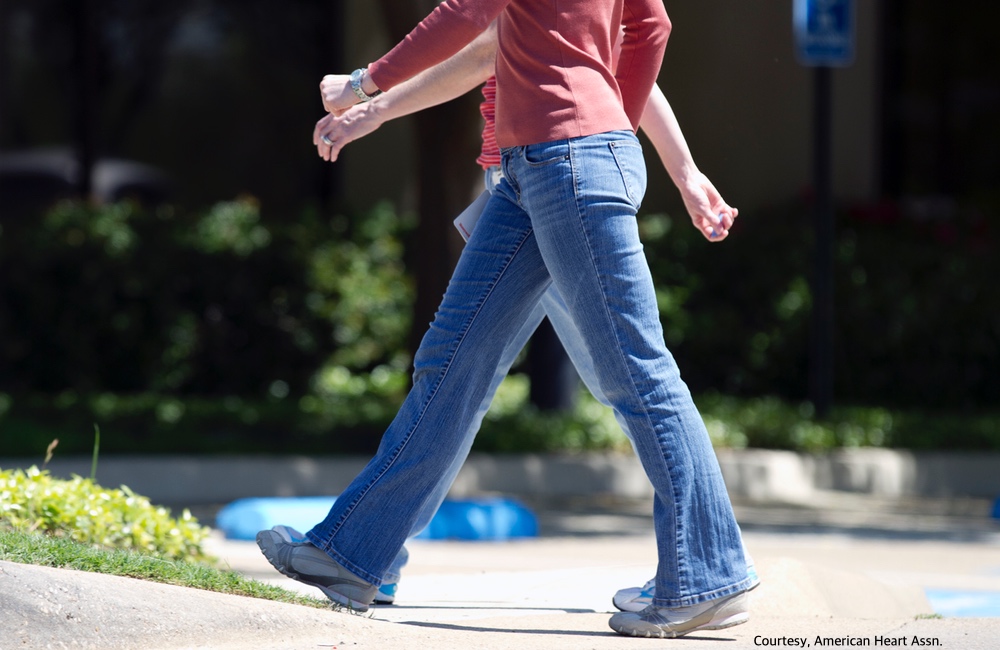 Walk With A Doc

Neil Wagner
We all know we should walk more, but many find it hard to do. What if your cardiologist joined you?

As a cardiologist, David Sabgir had been trying to get his patients to become less sedentary for years. He had been encouraging them to walk since his days as a medical student. Sometimes they would promise to give it a try; but after nine years, he realized that the strategy wasn't working. Telling his patients to walk, even begging them, was just not effective.

Some people find it hard to make walking part of their regimen because they live places that are just not that walkable.

Patients might agree to start walking regularly, but when they came back for their next visit six months later, they admitted they hadn't stuck with it very long.
ADVERTISEMENT
So he decided to take matters into his own hands. He asked some patients if they would join him and his family for a walk in a local park in Columbus, Ohio. Around 100 patients and community members showed up. And Walk with a Doc was born.

“It was evident early on that we had stumbled onto something big that could affect millions of lives,” Sabgir said.

Today there are nearly 250 Walk with a Doc chapters around the country, with roughly 3,000 physicians and other health professionals and more than 200,000 community members participating in regular group walks. Their website offers information on how and where you can join these walks. Or, if you’re a doctor, you find out how you can help others get started walking regularly.

Walk with a Doc is only one of the many organizations around the nation working to increase walking and make communities more walkable.

Because even though all you need is a good pair of shoes, some people find it hard to make walking part of their regimen because they live places that are just not that walkable. We're still a nation where most communities are designed for the convenience of cars and their drivers. Pedestrians walk at their own risk, and it's not exactly pleasant or relaxing.

ADVERTISEMENT
But change is possible. Just look at Oklahoma City.

In 2007, Oklahoma City Mayor Mick Cornett announced a goal for the 600,000 people in the city to collectively lose one million pounds. But it was going to be hard to keep the weight off in a city where sidewalks were pretty much a thing of the past. Cars ruled and, in 2008, Prevention magazine ranked Oklahoma City the worst walking city in the nation.

Five years later, however, the city declared victory. Partially aided by funding from a new 1-cent sales tax, the city set out to refashion itself and become more walker-friendly. This included building hundreds of miles of sidewalks and trails and a 70-acre downtown park.

According to the mayor, there was a small but noticeable downtown population choosing to get by without a car and succeeding. A decade earlier that would have been unthinkable.

So there's still plenty of hope for pedestrians.

ADVERTISEMENT
“As Walking Movement Grows, Neighborhood Walkability Gains Attention,” explores these and other issues in walking and walkability. It appears in JAMA and is freely available.