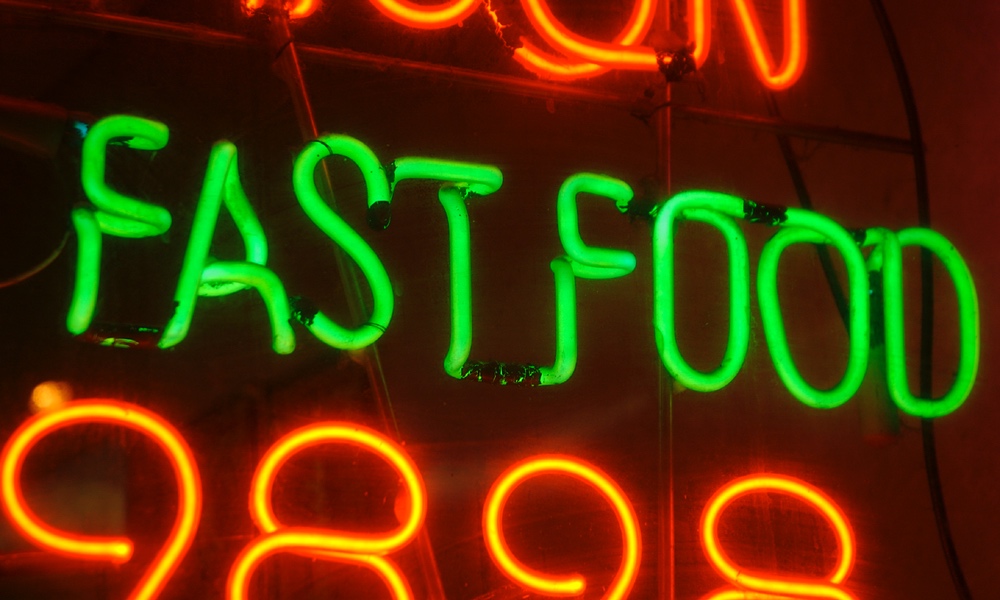 Beth Fontenot, MS, RD, LDN
Americans are eating less fast food. You can guess what group eats the most.

Finally, a glimmer of good health news. If you are a regular consumer of health news, you know about increasing rates of obesity and diabetes, the overturn of the law banning large servings of sugar-sweetened beverages in New York, and an "anti-soda ban" bill in Mississippi.

So is it really possible, despite all of the above, that we are beginning to put the brakes on our fast food habit?

The answer is a qualified, "yes."

A new report from the Centers for Disease Control and Prevention (CDC) finds that Americans are eating a little less fast food than they were a few years ago.

ADVERTISEMENT
A Small Change for the Better

It is a small drop, but using data from the 2007-2010 National Health and Nutrition Examination Survey (NHANES), the CDC found that adults consumed an average of 11.3 percent of their total daily calories from fast food, down from the 12.8 percent recorded in the 2003-2006 survey.

Over one-third of Americans are obese and the frequent consumption of fast food has been cited as a contributing factor to the obesity epidemic.

Because the findings are the result of in-person interviews in which people are asked to recall what they've eaten during the past 24 hours, they are believed to be accurate. But with fast food's bad press lately, there is a chance that some participants experienced selective amnesia when it came to a quick trip to the drive-through.

Eating less fast food hasn’t had an effect on the obesity rate, at least not yet. Fast-paced lifestyles, eating on the run, and high fat, high sodium, nutrient-poor fast food go hand in hand for many people. Over one-third of Americans are obese and the frequent consumption of fast food has been cited as a contributing factor to the obesity epidemic.

ADVERTISEMENT
The CDC's new report looked at differences in fast food consumption by demographic characteristics and weight status. Men and women both eat fast food at pretty much the same rate. So did non-Hispanic white and Hispanic adults.
Older and Wiser? Or Sicker?

The craving for fast food knows no economic boundaries. Income did not affect the amount of fast food people ate, according to the report. There was one exception: young adults in the 20 to 39 age group with the highest incomes tended to consume less fast food. Non-Hispanic black adults in the same age group consumed over 20 percent of their calories from fast food.

A Map of the Road to Obesity
ADVERTISEMENT
In every age group, obese adults consumed the highest percentage of calories from fast food, a vivid picture of the role fast food plays in obesity. From 1990 to 2010, there was a dramatic increase in obesity in the United States, the fattest country in the world. The report's overall finding, that we are eating a little less fast food than we used to, may be behind the recent finding that obesity rates have stopped rising for the first time in years.

People aged 20 to 39 consumed more than 15 percent of daily calories from fast food; however, the percentage tended to decrease with age.

According to the latest statistics, nearly 36 percent of U.S. adults are obese. Although the consumption of fast food appears to be slowing a bit, the correlation shown in this report between heavier weight and the amount of fast food eaten is a concern.

Those who eat the most fast food, according to the report, are people in their 20s and 30s. This puts them at risk for obesity-related medical problems later in life. Some of the leading causes of preventable death are obesity-related conditions such as heart disease, stroke, type 2 diabetes, and certain types of cancer. The lower rate of fast food consumption among those 60 and up may be due to the fact that those medical problems have begun to show up.

This is not clear from the evidence, however. Putting a dent in our consumption of burgers, fries, and sugar-sweetened soda just can't be bad. And in fact, it may be the beginning of something very good.

The report is published in the CDC’s National Center for Health Statistics Data Brief.