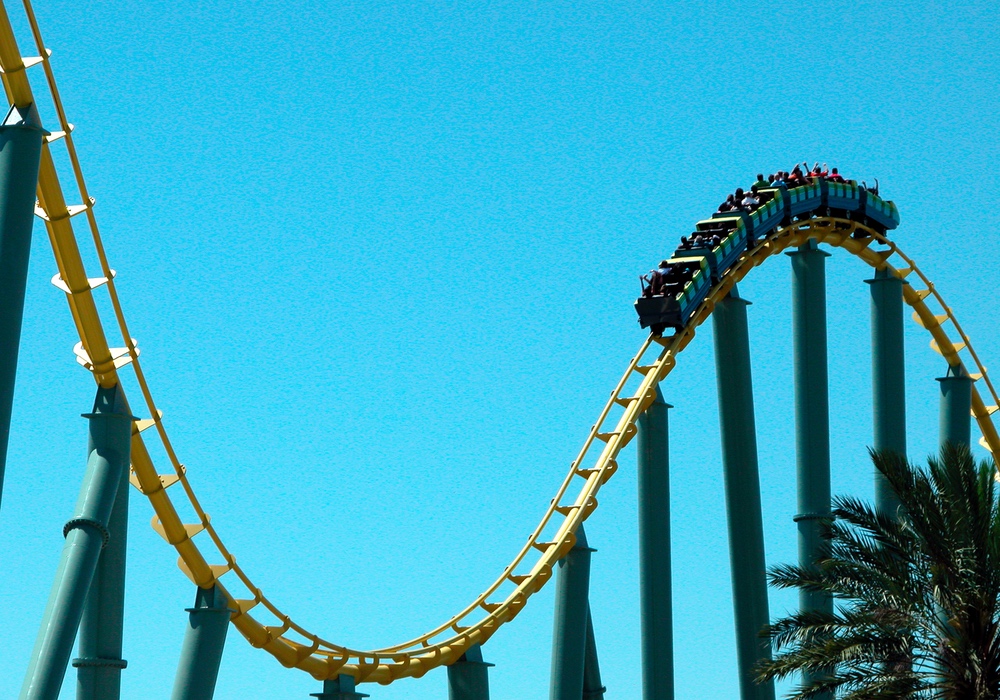 Neil Wagner
People with kidney stones may find they've passed after they get off this ride.

It just goes to show that when doctors really listen to their patients, they may learn something new. A Michigan urologist has found that riding a roller coaster can help people pass kidney stones.

Having heard for years from patients who had passed a kidney stone after riding the Big Thunder Mountain roller coaster at Walt Disney World, David Wartinger decided to investigate himself.

Why could a roller coast work? It's not rocket science. A kidney stone is just a small rock caught in one of the passageways through the kidney. Shake it or rattle it right and the stone may be dislodged and sent on its way out.

Using a clear silicone model of a kidney that contained three different-sized kidney stones that had actually been passed by a patient, Wartinger and a colleague rode that same roller coaster 20 times, wearing a backpack containing the surrogate kidney. Because the model was clear, he was easily able to see the position of the stone after the ride was over.
ADVERTISEMENT
Where he rode in the coaster was important. Stones passed more than 63% of the time when he rode in the back (last car) of the coaster but only 17% of the time when he rode in the front half of the coaster. The last car delivers the most vigorous rollercoaster effects.

This was a small pilot study. In a larger study that hasn't yet been published, the doctors took their silicone kidney on over two hundred trips with 174 kidney stones of different sizes and shapes. Results were similar. Both studies showed a 100% passage rate when the stones were located in the upper chamber of the kidney.

However, riding two other coasters, Space Mountain and Aerosmith's Rock 'n' Roller Coaster proved ineffective, and should serve as a word of caution to those thinking about a do-it-yourself kidney stone removal program.

Wartinger explains that these other rides are likely too fast and too violent — they end up pinning the stone deeper into the kidney instead of expelling it. “The ideal coaster is rough and quick with some twists and turns, but no upside down or inverted movements,” he said.

Why could a roller coast work? It's not rocket science. A kidney stone is just a small rock caught in one of the passageways through the kidney. Shake it or rattle it right and the stone may be dislodged and sent on its way out.

ADVERTISEMENT
It's hardly standard medical procedure, but Wartinger, a professor emeritus in the Department of Osteopathic Surgical Specialties at Michigan State University, stands by it, with a caution: “You need to heed the warnings before going on a roller coaster. If you have a kidney stone, but are otherwise healthy and meet the requirements of the ride, patients should try it. It's definitely a lower-cost alternative to health care.”

Not all rollercoasters do the trick. Rides that are too fast and too violent may end up pinning the stone deeper into the kidney instead of expelling it.

Dr. Wartinger thinks it would be particularly effective for people who have had a kidney stone treated with shock waves (lithotripsy). This procedure breaks the stone up so it can exit the body, but usually leaves remnants, which can act as seeds for a new stone to form from. A roller coaster ride might be a proactive way to eliminate these remnants while they're still small.

It's one more example of why patients need to talk to their doctors and doctors need to listen.

The pilot study appears in the Journal of the American Osteopathic Association and is freely available.