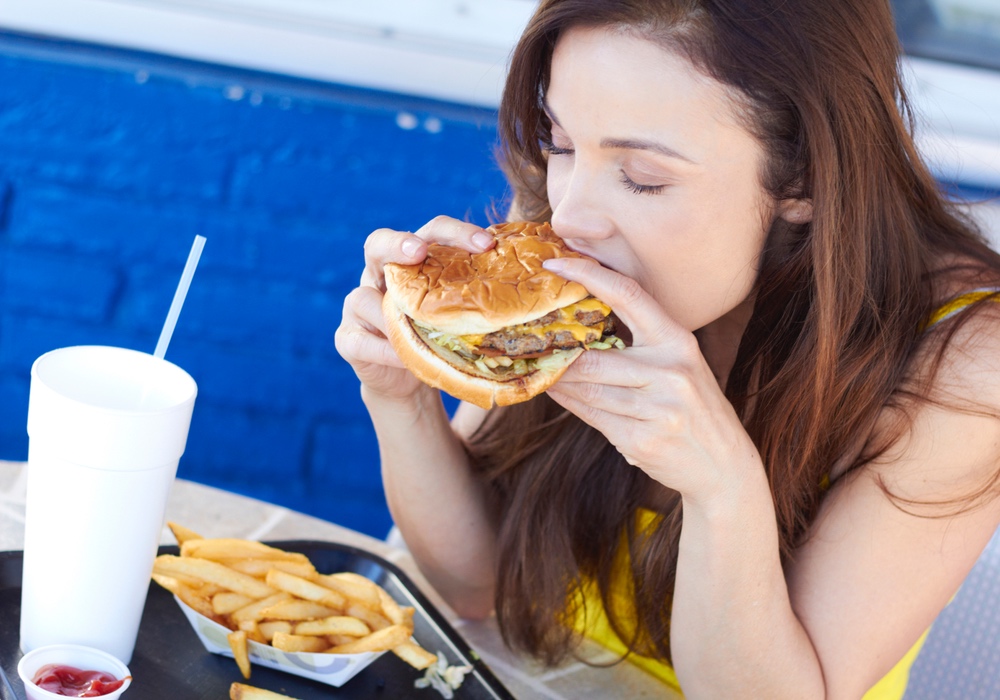 Eating even a modest fast food meal daily -- a small burger and fries -- can lead to fatty liver disease.

We’ve all been warned about the dangers of a diet that features too much fast food. We already know a steady diet of fast food can be harmful to the heart and to the waistline — and weight gain it promotes can raise our risk of developing type 2 diabetes.

And with a new year comes a new warning about what a fast food habit can do to our bodies: Too much fast food can harm your liver and lead to nonalcoholic fatty liver disease.

Fatty liver disease refers to an accumulation of fat in the liver. Typically, fatty liver is a nonthreatening condition, and there are no symptoms, but it can lead to serious health issues such as diabetes, high blood pressure and kidney disease. If it progresses, cirrhosis and liver failure can result.

Fast food may be cheap, but people often pay for it down the road with their health.

Researchers at the Keck School of Medicine examined the impact of eating fast food on the liver using information collected in the 2017-2018 National Health and Nutrition Examination Survey (NHANES), the largest annual nutrition survey in the U.S. Fast food was defined as meals, including pizza, that were picked up from a drive-through restaurant or a restaurant that doesn’t have wait staff.
ADVERTISEMENT

The liver fat measurements of about 4,000 people were included in the NHANES survey, and researchers were able to compare those measurements to how much fast food a person ate. Among the individuals surveyed, 52 percent ate at least some fast food, and of these, 29 percent consumed 20 percent or more of their daily calories from fast food. These were the only people who had an increase in liver fat levels.

It didn’t matter whether researchers were looking at the general population or people with obesity or diabetes, the fact remained that eating 20 percent or more of daily calories from fast food led to increased liver fat levels.

“Our findings are particularly alarming as fast-food consumption has gone up in the last 50 years, regardless of socioeconomic status,” said Ani Kardashian, a hepatologist with Keck Medicine, in a statement. “We’ve also seen a substantial surge in fast-food dining during the COVID-19 pandemic, which is probably related to the decline in full-service restaurant dining and rising rates of food insecurity. We worry that the number of those with fatty livers has gone up even more since the time of the survey.”

One meal a day at a fast-food restaurant could easily exceed one-fifth of a person’s daily calorie intake and raise the risk of harm to the liver. For a person eating a 2,000 calorie a day diet, 20 percent of calories would be 400 calories.

At a fast-food restaurant, 400 calories is easily exceeded with an order of a small burger, small order of fries and a diet soda.

Kardashian hopes the study will encourage heath care providers to incorporate more nutrition education for those with obesity and diabetes because they are at higher risk of developing fatty liver disease. Still, the study shows that people without either of these diseases face the same risk.

Perhaps it’s time for those in public health to double down on the fast-food message. Fast food may be cheap, but people often pay for it down the road with their health.

The study is published in Clinical Gastroenterology and Hepatology.