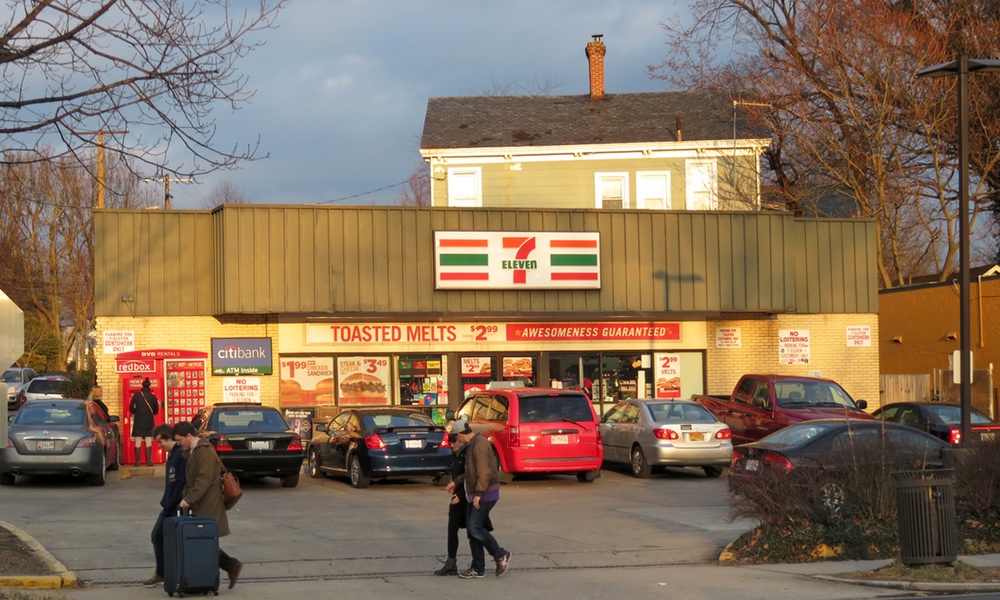 Esther Entin, M.D.
A lack of money is only one reason people go hungry. A lack of stores offering fresh foods is another.

Hunger is not as straightforward as you may suspect. Going to school, work or bed hungry is just one aspect of what is known as food insecurity. But the problem of food insecurity is only partly about money. Convenient access to healthy food is another issue.

You can probably think of a neighborhood where people have a long way to go to find a supermarket with a wide selection of fresh meat, poultry, fruits and vegetables — the sorts of foods that offer cancer protection and other health benefits. A recent study done by researchers from Ohio State University explored food insecurity by surveying more than 630 households in an economically and racially diverse area around Columbus, Ohio.

Over 27 percent of food insecure households had difficulty finding fresh produce in their neighborhoods.

To find out about people's access to food, and specifically to fresh and unprocessed foods, they asked the participants where, how and what kinds of food they bought when they shopped for food and tried to identify the barriers preventing them from obtaining sufficient, healthy foods.
ADVERTISEMENT
“Almost a third of the households were food insecure, and more than 16 percent had very low food security, meaning they were skipping meals, at risk for experiencing hunger and probably missing work and school and suffering health problems as a result,” said the study's lead author, Michelle Kaiser, an assistant professor of social work at Ohio State.

The researchers also looked at 90 stores where the participants shopped and compared the foods available to those recommended in U.S. Department of Agriculture's nutritional guidelines. A lack of well-stocked markets was a big factor in many low-income neighborhoods. Over 27 percent of food insecure households had difficulty finding fresh produce in their neighborhood; 26 percent reported dissatisfaction with the nutritional quality of the foods in their immediate neighborhoods.

Transportation was another problem. For many, getting to a well-stocked grocery store took too long or cost too much to be a regular option. To shop at a bigger market with a better selection of food, those in food insecure households often had to walk or use public transportation.

People in areas with high rates of food insecurity were more likely to shop at corner delis, partial markets in drug stores or convenience stores, all of which typically carry little in the way of fresh fruits and vegetables. Crime and personal safety were also obstacles to making the trip to well-stocked supermarkets.

For many, getting to a well-stocked grocery store took too long or cost too much to be a regular option.

This lack of access to healthy foods contributed to health problems. More than 25 percent of the people in the study were overweight, 12 percent had diabetes and 30 percent were obese. About a third of the study participants had a household member with high blood pressure and a quarter with high cholesterol. Participants in the food insecure group had a significantly higher incidence of obesity and high blood pressure than people who were food secure, though the food secure group had a higher incidence of pre-diabetes.
ADVERTISEMENT

Economics did make a difference. People with lower incomes, less full-time employment and more reliance on SSI (Supplemental Security Income), SNAP (supplemental nutrition assistance program) and WIC (Women, Infants and Children) benefits, as well as those households headed by veterans or people with disabilities, were more likely to be food insecure.

People who were in the food insecure group were also more likely to be people of color and have lower educational levels than the food secure.

People facing food insecurity would like to eat better — over 85 percent of the food insecure indicated that the nutritional value of food was very important, suggesting that making healthy food easier to come by would improve nutrition — and health — among those living in food insecure neighborhoods.

“This study exposed the vastly different experiences of people who all live in the same city,” said Kaiser. “My suspicion is that most people don't recognize that there are such discrepancies and can't imagine living where they couldn't easily go to a grocery store.” She and her co-authors offer a few policy ideas to help make this happen:

Making sure neighborhoods have grocery stores that offer healthy foods does not guarantee that people will buy them, but it is a prerequisite to improving health.

The study appears in the Journal of Hunger & Environmental Nutrition.