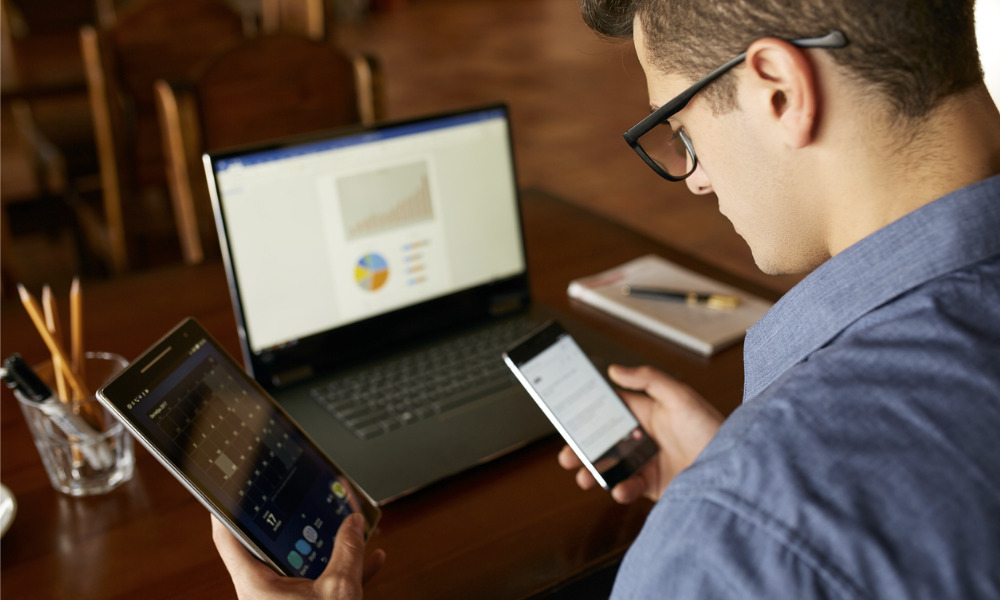 Alice G. Walton
Sometimes multitasking can actually make you more efficient, at least up to a point.

You may have heard that multitasking isn’t the most efficient practice. For one thing, our brains can’t truly multitask — all they can do is switch attention from one task to another quickly. This may feel like multitasking, but it has been shown to be not so great for productivity — in fact, it can hinder it.

The “multitasking” group did significantly better, both in speed and accuracy of performance.

“Multitasking is often a matter of perception or can even be thought of as an illusion,” said researcher, Shalena Srna, in a statement. “Regardless of whether people actually engage in a single task or multiple tasks, making them perceive this activity as multitasking is beneficial to performance.”
ADVERTISEMENT
People were asked to come into the lab and watch a video from Animal Planet and take notes on it. Half of the group was told that they were doing two distinct tasks — learning information and transcribing information. The other half was given the impression that what they had to do was a single task. In reality, the participants were all carrying out the exact same task, but their perceptions of what they were doing were different. Interestingly, people who believed they were multitasking (carrying out two tasks) wrote down more words per second, wrote a larger number of words accurately, and even scored better on a comprehension test, compared to those who believed they were carrying out a single task. Follow-up experiments looked deeper into the phenomenon. For instance, participants completed word puzzles that were presented two at a time on a computer screen. Half the group was again given the impression that it was a single task, with each puzzle presented on the same color background. For the other half, who thought they were multitasking, the puzzles were presented on different color backgrounds, with a line down the middle of the screen. As expected, the “multitasking” group did significantly better, both in speed and accuracy of performance. To see what might explain the difference, the researchers tracked their pupil dilation, which is a measure of how engaged a person is with a task. They saw that the multitaskers’ pupils were more dilated than the single-taskers, which might suggest that they were more mentally engaged. This isn’t to say that we should start toggling back and forth between tasks at breakneck speed. But thinking of tasks as having multiple components rather than just one may boost your engagement and your productivity.
ADVERTISEMENT
“In today's society, we constantly feel like we are juggling different activities to meet the demands on our time, both at work and at home. So it feels like multitasking is everywhere,” says Srna. “We find that multitasking is often a matter of perception that helps, rather than harms, engagement and performance. Thus, when we engage in a given activity, construing it as multitasking could help us.” The study was carried out at The Wharton School at the University of Pennsylvania and the Yale University School of Management. It was published in the journal Psychological Science.
ADVERTISEMENT

RELATED STORIES
A Downside Of Multitasking
Does Screen Multitasking Hurt The Brain?
Where Your Mind Goes When You Space Out
LATEST NEWS