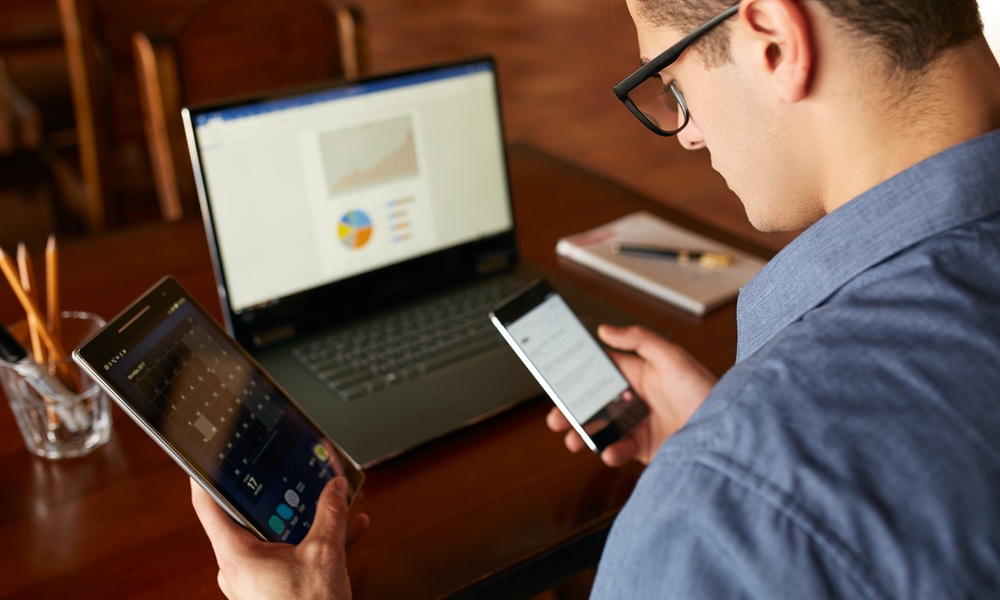 Multitasking has become somewhat of a different beast these days — people don’t just flip from one task to another, they often use multiple screens at once, toggling from computer to smartphone to tablet. Those who engage in this habit, known as media multitasking, are not just prone to distraction, researchers have found they are also less able to filter out irrelevant information when forming an opinion.

To see how a person’s media multitasking habits might affect their ability to filter out extraneous information, researchers had undergraduate participants come into the lab and sit in a test room that was either cluttered or neat. The participants then watched a video of another student — who was really a confederate of the researchers — talk about their day, sitting in a dorm room that was also either cluttered or neat. Participants also reported their own average media multitasking behaviors.

Office workers who switch among screens may find they make misjudgments simply because, with their attention distracted, they haven't considered all the aspects of a situation they are facing.

People participating in the study had to rate how conscientious the person in the video appeared to be. As expected, most people viewing the video of the person with the messy surroundings rated the individual’s conscientiousness as being lower than did people viewing the confederate in a neat room.
ADVERTISEMENT
But there was another element: Participants who reported more media multitasking in their daily lives were more likely to be influenced by the surroundings of the test room they were actually sitting in. That meant that high-multitasking participants who were in a messy test room gave even worse ratings to the video interviewees in the messy room. The same pattern wasn’t found for people who reported low levels of media multitasking. They were able to separate their immediate surroundings from the task they were asked to do and form a more objective opinion.

“The results suggest that high media multitaskers may, unknowingly, include irrelevant information from their environment — in this case the room they were in while watching the video — when they form impressions of others, rather than potentially more relevant information provided by the other person's environment,” Richard Lopez, a study author, said in a statement.

This effect may be at play in other situations, too. For example, the authors say certain environmental cues might unwittingly trigger excessive eating behaviors, or certain emotional reactions.

More work is needed to explore how multitasking affects people who are not college students. But the findings certainly make sense intuitively. For example, office workers who switch among screens may find they make misjudgments simply because, with their attention distracted, they haven't considered all the aspects of a situation they are facing.

There are lots of reasons to take a break from screens, and practice a little mindfulness to boost focus. The new study presents yet another reason we may want to do both.

ADVERTISEMENT
The study was carried out by a team at Rice University, University of Colorado Boulder, Dartmouth College and the Ohio State University. It is published in the journal BMC Psychology.
ADVERTISEMENT