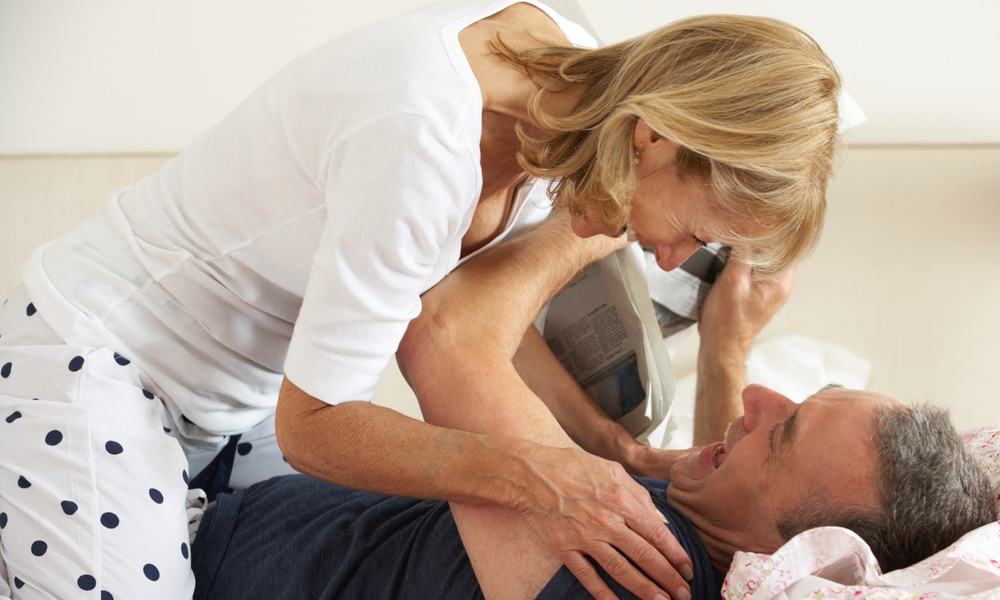 Neil Wagner
Studies of testosterone treatment paint a murky picture of what has become a billion dollar industry.

A review of 60+ years of clinical trials on men taking testosterone finds it offers no consistent benefit. There are a few possible silver linings, however, and some men do report being helped.

Among the studies in the review were 47 that looked at sexual function or satisfaction and of these 23 reported at least one benefit from testosterone treatment. Out of 31 studies of erectile function, 16 reported a benefit. So it seems that testosterone does help some men. The question is who?

“We identified no population of normal men for whom the benefits of testosterone use outweigh its risk.”

In some ways, this mirrors the situation with hormone replacement therapy in women: there are risks and benefits that can be hard to weigh against each other.

The impetus for the review was the growing number of men receiving testosterone prescriptions — many of them healthy older men — and the inconsistencies in clinical trial results. In 2012, sales of testosterone therapies exceeded $2 billion.

ADVERTISEMENT
“Testosterone products are marketed for non-specific symptoms associated with normal aging, but testosterone is not a reasonable treatment for aging,” says Adriane Fugh-Berman, the review's lead author. “Testosterone has known risks and no clear benefits, and shouldn't be used by men with intact testicles.”

The review looked at 156 randomized controlled trials of testosterone in men published between 1950 and 2016. These were broadly divided into studies testing heart health, sexual function, muscle weakness/wasting, mood and behavior, and cognition.

Roughly half the studies on sexual or erectile function did show a benefit for men who took it. How these benefits were assessed, whether by self-report or other measures, could make a difference. Men taking testosterone could approach sexual activity with more confidence and, therefore, more pleasure, a placebo effect.

Testosterone is not a cure for aging. Yet it can sometimes help men taking it for a more specific reason.

Testosterone is now prescribed for a number of different conditions: heart health, sexual function, muscle strength, mood and cognitive function. Evidence varies tremendously on its usefulness for each condition. The strongest positive evidence came in studies of muscle mass, where 22 of 27 studies found testosterone did increase muscle mass. Yet less than half (13 of 30) found that it increased strength and even less (5 of 24) found an improvement in physical function. All these numbers can be confusing. A good place to start might be for men to consider why they would want to take testosterone in the first place.
ADVERTISEMENT
As Fugh-Berman points out, testosterone is not a cure for aging. Yet it can sometimes help men taking it for a more specific reason. In one 2016 study of men older than 65, over 51,000 men were screened, yet only one out of seven had a low enough testosterone level to qualify for inclusion in the study. Other factors reduced the number of men who qualified for the study to 785. For those who did qualify and enroll in the study, researchers found “a moderate benefit with respect to sexual function and some benefit with respect to mood and depressive symptoms.”

On the other hand, a 2010 study had to be halted because of an increase in heart problems in the men who were taking testosterone.

To Fugh-Berman, an associate professor of pharmacology at Georgetown University, their results boil down to: “We identified no population of normal men for whom the benefits of testosterone use outweigh its risk. Given the known risks of testosterone therapy and the lack of evidence for clinical benefits in normal men, we do not think further trials of testosterone are necessary.”

For testosterone, roughly half of the sex-related studies showed a benefit from testosterone treatment. The problem is that no one can pinpoint who will benefit, or whether the benefits are physiological or psychological. And the physical risks are real.

The review is published PLOS ONE.