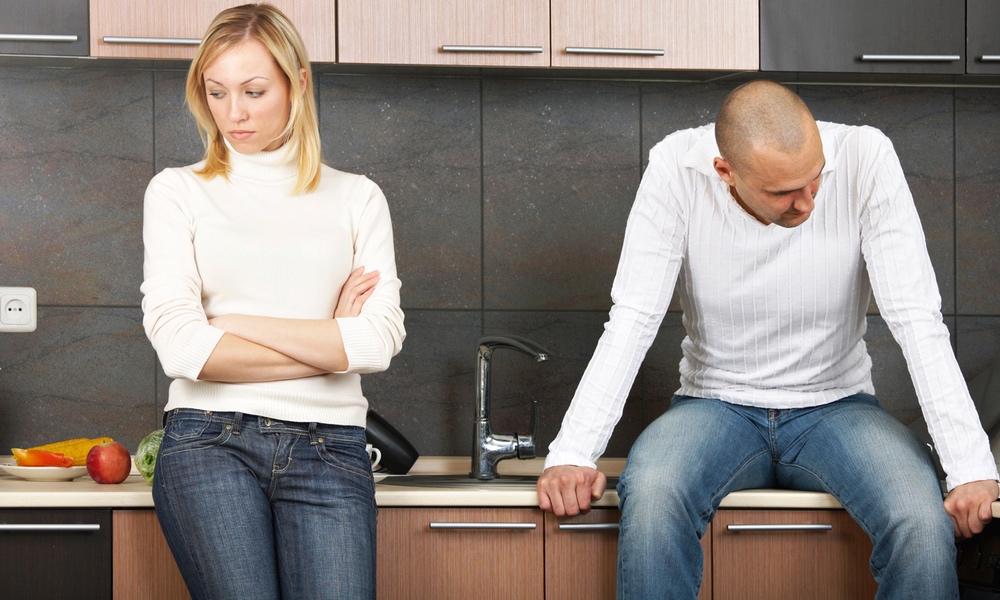 Marital Discord, Written on the Body

Neil Wagner
A 20-year study of couples links the way they handle disputes with health issues down the road.

Every marriage has some conflict. How you react to that conflict could determine whether you'll experience some very specific health problems years later, especially if you're a man.

A study that tracked couples for 20 years found that people who reacted most angrily during marital spats were most likely to develop cardiovascular problems such as chest pain and high blood pressure, while those who stonewalled were likelier to develop muscle or joint problems — backaches, a stiff neck or general muscle tension.

If both getting mad and turning the other cheek during marital spats lead to health problems, that's a clear signal of how important it is to iron out the differences that are at the root of these conflicts.

The link was strongest for men, with anger's effect the strongest. And it didn't take the researchers long to spot which men were at highest risk.
ADVERTISEMENT
“We looked at marital-conflict conversations that lasted just 15 minutes and could predict the development of health problems over 20 years for husbands based on the emotional behaviors that they showed during these 15 minutes,” Claudia Haase, the study's lead author, said in a statement.

The study looked at 156 middle-aged and older heterosexual couples in the San Francisco Bay area. Every five years for 20 years total, the couples were videotaped as they talked about events in their lives as well as areas of disagreement.

Their interactions were rated by expert behavioral coders for a wide range of emotions and behaviors based on their facial expressions, body language and tone of voice. They also completed a battery of questionnaires, including detailed ones on their health problems.

Signs of anger included lips pressed together, knitted brows, voices raised or lowered beyond normal and tight jaws. Stonewalling (withdrawing and shutting down) was indicated by facial stiffness, rigid neck muscles and little or no eye contact. These reactions were then correlated with health symptoms, measured at 5, 10, 15 and 20 years, with adjustments made for age, education, exercise, smoking, alcohol use and caffeine consumption, factors that that are known to affect health.

Neither sadness nor fear appeared to have any effect on long-term heart, joint or muscle health. But getting angry and keeping a stiff upper lip both did.

ADVERTISEMENT
The moral of the story appears to be twofold. Once again, it's a demonstration that anger solves nothing. And if both getting mad and turning the other cheek during marital spats lead to health problems, that's a clear signal of how important it is to iron out the differences that are at the root of these conflicts.

The study appears in the journal Emotion.