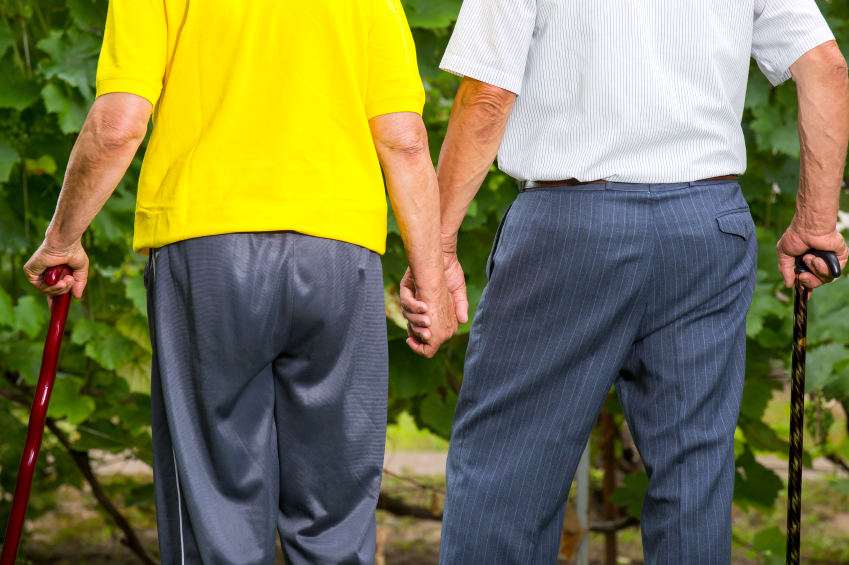 Charlotte LoBuono
It is time to stop branding osteoporosis as a woman's disease. It kills more men and is on the rise.

Osteoporosis is often seen as a problem only women face. Drugs and supplements to prevent or reverse bone loss are marketed to target women over 55. The face of any public awareness campaign on osteoporosis is invariably a woman's.

But the effects of osteoporosis are more devastating for men than they are for women.

Men are twice as likely as women to die after a hip fracture.

About 33 percent of all hip fractures worldwide occur in men, according to a report from the International Osteoporosis Foundation (IOF). And the mortality rate for men in the first year after a hip fracture can reach 37 percent. Men are twice as likely as women to die after a hip fracture.
ADVERTISEMENT
The report, “Osteoporosis in Men: Why Change Needs to Happen,” is being released in connection with World Osteoporosis Day on October 20. It emphasizes the lack of attention given to the threat of osteoporosis among older men and the diminished quality of life the disease can cause. The authors of the report hope that men — and their physicians — become more aware of the risks as well as the steps men can take to lower their chances of bone loss.
A Huge Increase in Men's Risk of Fractures

Osteoporosis occurs in men in the same way it does in women — and for the same reasons. It has no symptoms in its early stages, but as people age, bones lose density and mass and become brittle.

Men who are over 60, who smoke, and/or drink more than three alcoholic drinks a day, have a family history of hip fracture, or take certain treatments for prostate cancer or glucocorticoids like cortisone are at increased risk of osteoporosis.

The most common locations for fractures are the spine, the ribs, hips, shoulders, and wrists. When fractures do occur, they often cause the person significant disability and loss of independence. They can also lead to other serious and painful health problems.
ADVERTISEMENT

In an email Ebeling told TheDoctor the findings surprised him: The rise in the number of hip fractures among men in the EU and the U.S. were higher than he had anticipated.

The issue for men, as for women, is maintaining a comfortable and active quality of life as they are living longer. “We must act now to ensure men not only live longer, but also have a future free of the pain and suffering caused by osteoporotic fractures,” said Ebeling, who is an IOF board member and the head of the department of medicine at Monash University in Victoria, Australia.

Who Should Be Concerned

Any man over 50 who has suffered a bone fracture from a fall from standing height or less should have his bone density checked, the authors said. Men who are older than 60 years old, who smoke, and/or drink more than three alcoholic drinks a day, have a family history of hip fracture, or take certain treatments for prostate cancer or glucocorticoids like cortisone are at increased risk of osteoporosis.

What Men Should Do
“It is really important for men to ask their doctors if they are at risk for osteoporosis. In many cases they will be,” said Ebeling. They should also ask how much calcium, vitamin D, and exercise they should be getting, the authors said.

Men should ask about bone mineral density (BMD) testing if they are at increased risk for osteoporotic fracture, said Ebeling. He also said men over 70 years old should have a BMD test because osteoporosis is more common in older men.

“It is estimated that the lifetime risk of experiencing an osteoporotic fracture in men over the age of 50 years is up to 27 percent, higher than that of developing prostate cancer,” IOF President John A. Kanis, said in the press release.

There are cost-effective solutions available to prevent, control and counteract bone loss, but more healthcare resources need to be invested, he added. “People should not have to live with the pain and suffering caused by osteoporosis, as we can help prevent and control the disease.”