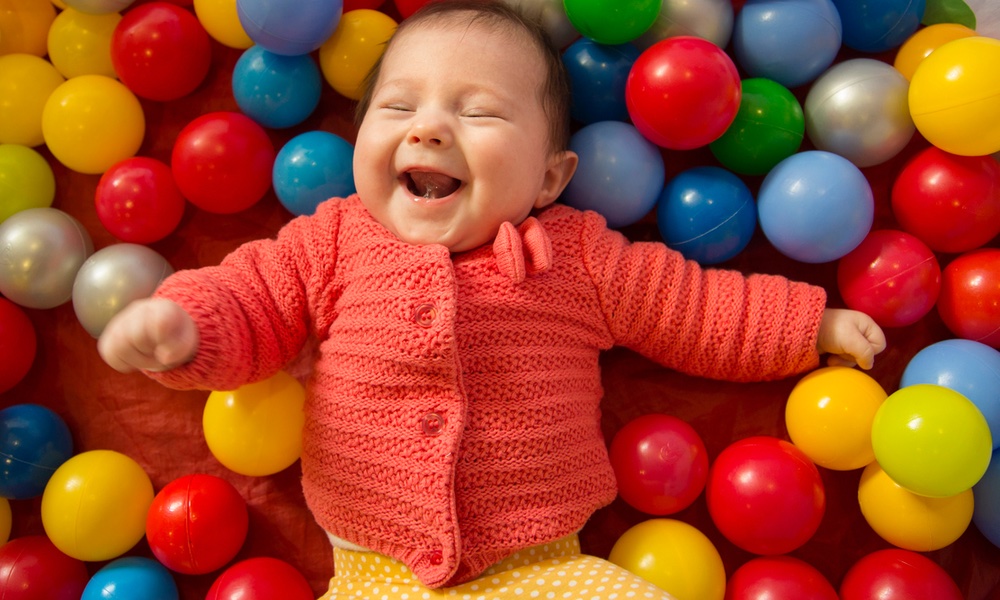 Babies are wired to play -- it consumes most of their time. It's also how little ones learn. An ingenious new study shows how this happens.

Babies are very resourceful when it comes to play, as anyone who has watched a young child take delight in pans, wooden spoons and car keys knows. Object play, playing with whatever toys or common household objects are available, is the way babies learn about the world around them. But most of what researchers know about object play comes from studies done in a controlled lab environment. Babies are given a few preselected toys to play with over the course of a few minutes while seated at a table or in their mother’s lap.

To learn more about how babies play in their natural environment, a team from New York University did a study where babies and their mothers were observed during two home visits. Both two-hour-long visits were recorded with a handheld camera with minimal interference.

Parents don’t have to spend a lot of money on the latest toys and games for their kids. “You name it, kids will play with it!”

The babies were free to play with whatever objects were available to them. For study purposes, babies played with an object if they manually displaced it with their hands. Interactions with more than 10,000 objects were recorded.
ADVERTISEMENT
To the surprise of the researchers, play bouts were brief, about 10 seconds, and varied, as babies transitioned among dozens of objects. Play also consumed most of the babies’ time.

“I thought the babies would play for a while, and then get tired out,” Catherine Tamis-LeMonda, corresponding author on the study, told TheDoctor. “I was surprised at the variety of things they found to play with, that play continues over time, and that these bouts of play are so brief!”

Parents don’t have to spend a lot of money on the latest toys and games for their kids, she added. “You name it, kids will play with it!”

Parents can take advantage of these teachable moments by naming the things their child is playing with. Children will begin to learn language and other skills through interacting with objects in their environment. “Children will connect those words to what they are doing, and that is how language is fostered,” said Tamis-LeMonda, a professor of applied psychology at NYU.

ADVERTISEMENT
The researchers have been looking at object play in different populations — including children in rural areas and low-income kids in New York City — and found few, if any, differences, underscoring the idea that toddlers show adaptiveness for learning. “I believe these principles are universal and robust. Exuberant object play looks identical no matter where we go,” said Tamis-LeMonda.

RELATED STORIES
Helping Out Is Child's Play
Turn Up The Radio
Beep. Talk To Me, Baby
LATEST NEWS