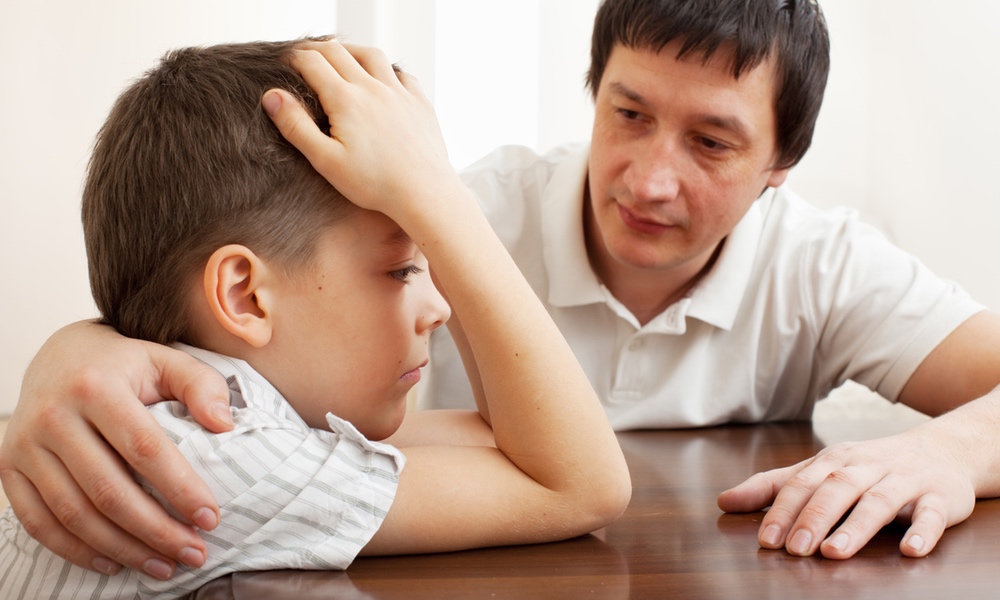 Imagine you're a child intently working away on a painting, when the child sitting next to you knocks your elbow, spilling paint and spoiling the drawing. How should you react?

Was it intentional, or just a careless accident? Young children rely on their parents and teachers to guide them to make sense of their social worlds. A new study shows how parents can help inoculate their children against hostility and aggression, just by talking to their children.

Dutch parents were shown picture books that told four different stories, each in two pictures. The stories were about provocative situations, such as a child being skipped over when candy was handed out, or prevented from sitting down at a table with other children. There was no explanation as to why the provocation was occurring.
ADVERTISEMENT
Then the parents sat down with their four-to-six-year-old children and went over the stories with them. Sometimes they discussed the stories casually, in a natural way; sometimes they followed a script supplied by the experimenters. Children's reactions were measured by how their interpretation of the motive behind the slight in the story changed after they heard their parent's discussion and by their reaction to a new and more detailed story, such as the one in which a young artist's drawing is ruined by another child's act.

When parents talked to their children, describing the harm as accidental or unintentional, the children were less likely to interpret a story, old or new, as an act of aggression.

“Young children may feel physically hurt, left out, or frustrated by their peers' actions, the intent of which, at this age, is frequently unclear,” explained Anouk van Dijk, a postdoctoral researcher in psychology at Utrecht University who led the research, in a statement.

“While most children interpret ambiguous slights as accidental, some feel they are hostile. By framing social situations in a positive way, parents can help their children perceive less hostility in their social worlds and thus, reduce their likelihood of behaving aggressively.”

Aggression tends to inspire more aggression. And a hostile perspective tends to grow stronger over time — the proverbial chip on the shoulder. Everyone has days when the world seems to be against them. The earlier that children learn not to take it personally, the better off they'll be.

ADVERTISEMENT
By helping your children understand their emotions and make sense of others' motivations and actions in a kinder way, parents help children build a world view that is not burdened by aggression and hostility. They also make it more likely their kids will develop friendships to see them through life's disappointments.

The study appears in Child Development and is open access.

RELATED STORIES
Good Friends Are Good For You
Are You Raising A Narcissist?
That Warm And Fuzzy Feeling
LATEST NEWS