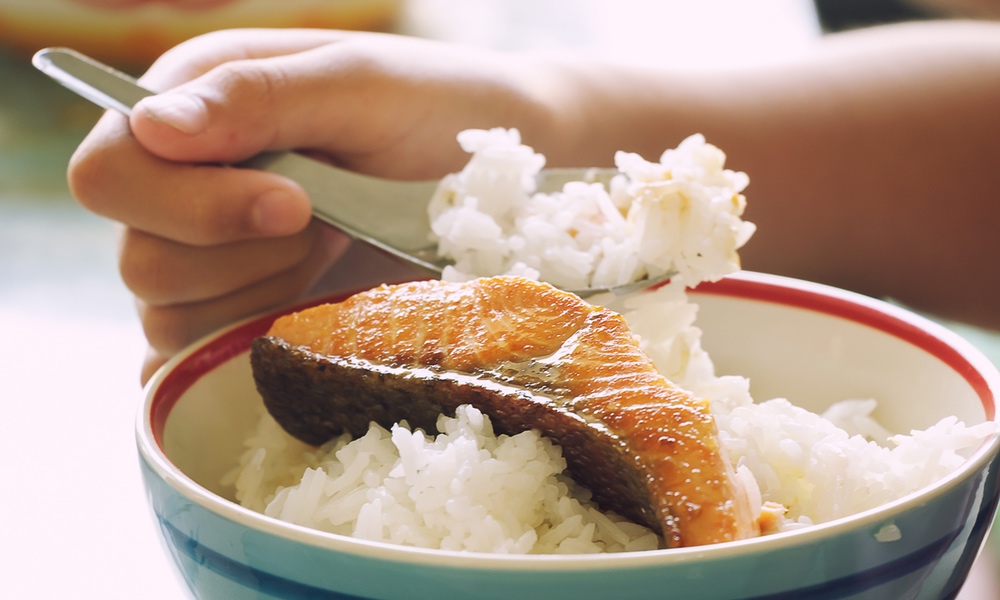 Sleeping with the Fishes

Beth Fontenot, MS, RD, LDN
Children who eat fish tend to have IQ scores that are five points higher than those who don't. Here's the reason why.

Fish isn’t typically found on kids' favorite foods lists, and parents don't often serve fish to their infants and toddlers. But there are advantages to introducing it early in life, including better sleep and improved IQ scores.

Fatty acids, particularly the omega-3s, found in many types of fish are linked to improved intelligence and also better sleep, but the two — sleep and mental ability — have never been connected. University of Pennsylvania researchers believed that sleep might be the missing link between fish and intelligence

It's important to introduce fish early. Children as young as 10 months old can be fed finely chopped fish with no bones, and by the age of two they should have been introduced to it.

A group of nearly 550 nine-to-eleven-year-olds in China, approximately half boys and half girls, completed a questionnaire about how often they ate fish. Each child also took an IQ test that assessed verbal and non-verbal skills like vocabulary and coding. Their parents completed a questionnaire on sleep habits which included questions about how long their child slept, how often they woke up at night and their daytime sleepiness.
ADVERTISEMENT
Kids who said they ate fish on a weekly basis had IQ scores nearly five points higher than those who said they “seldom” or “never” ate fish. Those who sometimes ate fish scored 3.3 points higher. Also, kids who ate more fish experienced better quality of sleep.

Children as young as 10 months old can be fed finely chopped fish with no bones, and by the age of two they should have been introduced to it, said researcher Jennifer Pinto-Martin. “Introducing the taste early makes it more palatable,” she said. “It really has to be a concerted effort, especially in a culture where fish is not as commonly served or smelled. Children are sensitive to smell. If they're not used to it, they may shy away from it.”

Mild tasting fish that children may be more likely to accept include catfish, flounder, trout, haddock and tilapia. Sushi is also often popular with young children.

Make it a New Year’s resolution to put fish on the table more often for the benefit of the kids, as well as everyone else in the family. Fish with bones is a choking hazard for children, so be sure to carefully inspect what you serve them and remove any bones.