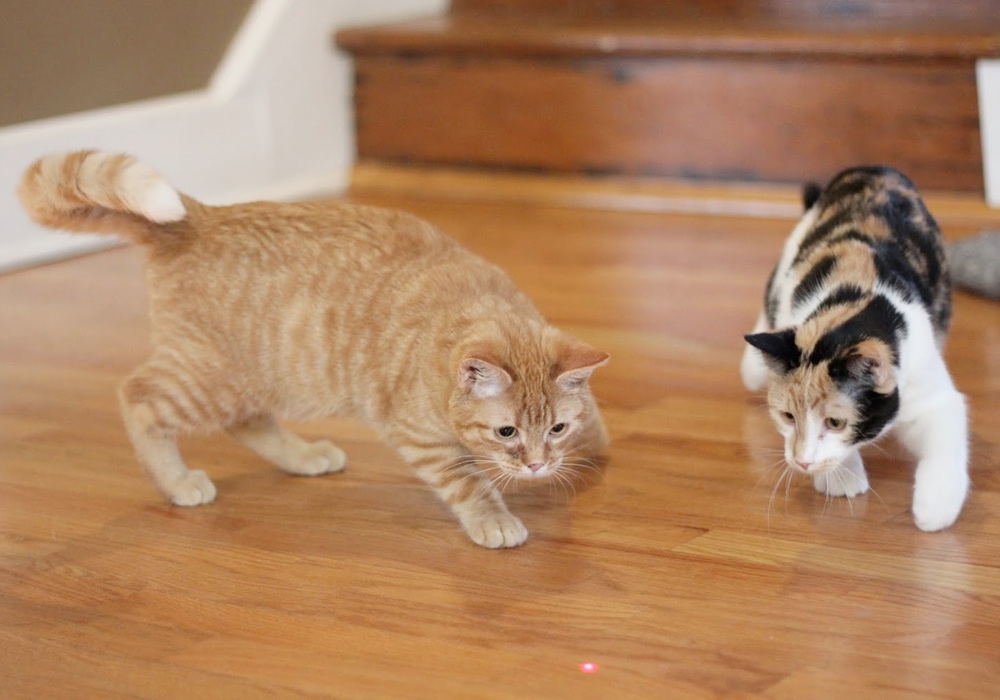 Laser Pointers Are Not for Kids

Esther Entin, M.D.
They won't feel it happening; but when kids look at laser pointers, severe and lasting eye damage is often the result.

Children's eyes are often injured unintentionally — whether from formal sports and informal play, crafts equipment and chemical exposures, or darts, sticks, balls and toys. Eye injuries may resolve with treatment or close observation, or may lead to permanent vision changes or loss.

There is another, often under-appreciated source of eye injury in the pediatric population discussed in a recent study — laser pointers. These handheld devices use a narrow laser beam to highlight something with a brightly colored point of light. The pointers are often used by teachers and lecturers to call attention to text, pictures or objects during classes and presentations. You may have one in a drawer in your home.

Laser pointers should never be used as toys and they should be kept away from children unless they are appropriately supervised.

The pointers, usually battery powered, may use red, green or blue light. They are readily available in stores and online, and their sale is not restricted.
ADVERTISEMENT
Laser pointers are classified by their power. One to five milliwatts is the lowest, but the most powerful can be greater than 500 milliwatts. Higher power lasers are readily available and studies have shown that the reported power measurement of lasers is not always accurate .

Unfortunately, children (and cats) find the pointers irresistible. When they are pointed directly at someone's eye, whether accidentally or purposefully, they can cause significant damage that may result in permanent visual changes. When the retina (light sensitive layer of the inner eye) is damaged, the authors point out, it cannot regenerate new healthy tissue; and the damage may be irreversible.

The symptoms of visual changes typically occur immediately after exposure to a laser pointer and may be accompanied by a bright flash or a popping sound. Symptoms include decrease or loss of visual acuity, blind spots or distortion of vision. Exposure to laser beams is not likely to show up as redness, pain or irritation of the eye.

The authors of the study, published in the journal Pediatrics, reported on four boys, ages 9-16, who had significant consequences from laser exposure. One had looked directly at a green laser; one stared at the reflection of a laser in a mirror; one reported playing with a green laser pointer for 30 seconds; and one looked directly into a red laser that was pointed into his right eye. Two boys did not receive treatment but were observed without intervention, one received topical steroids, and one child required an injection into his eye. All demonstrated changes on their ophthalmologic exam including abnormalities in the areas of the eye that are most sensitive to light and color, and some had persistent changes in their visual acuity.

These and other injuries could be prevented with proper education about the risks of lasers and the ways to use them safely. Specifically, laser pointers should never be used as toys and they should be kept away from children unless they are appropriately supervised.

ADVERTISEMENT
Parents need to know there is a risk of irreversible visual damage from laser exposure. When children and teens experience changes in vision, or unusual eye complaints, they should be questioned about their use of laser pointers to determine whether these could have caused the problem.
ADVERTISEMENT