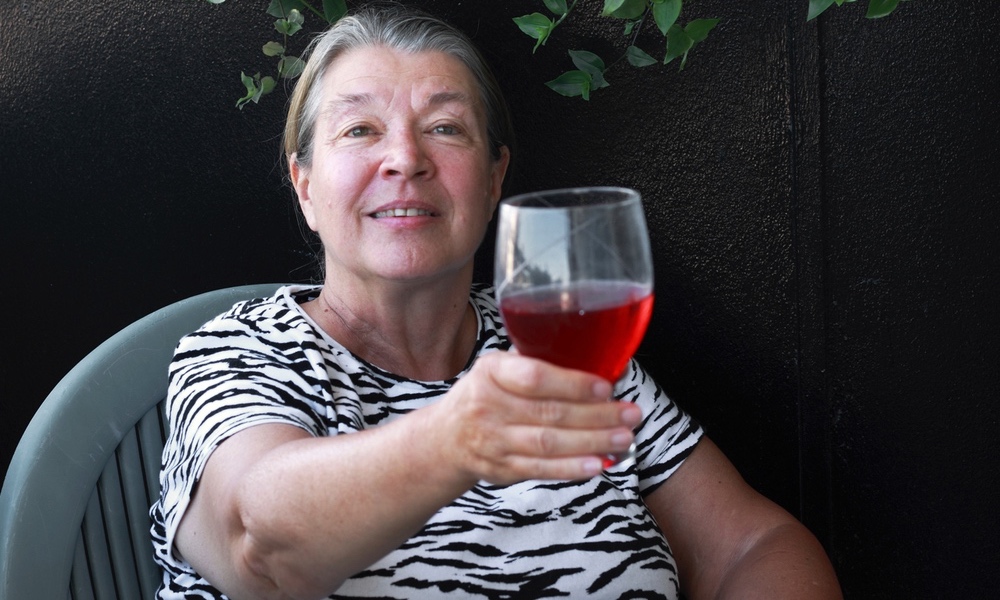 Charlotte LoBuono
The bacteria that cause cavities and gum disease could be reduced by the polyphenols in red wine and other foods.

Don't gargle with merlot just yet, but compounds in red wine may actually help you avoid dental problems. Really.

You probably know about the widely-reported health benefits of polyphenols in foods such as red wine, dark chocolate and green tea have on cardiovascular and gut health. What has gotten less attention from the scientific community is the effect polyphenols have on oral health, and their role in the prevention of cavities and gingivitis.

Scientists have been looking for new ways to prevent the buildup of disease-causing oral bacteria. The polyphenols in red wine may help do that.

A new Spanish study looked at whether or not polyphenols from grapes and red wine would protect teeth and gums.
ADVERTISEMENT
“The use of antiseptics and/or antibiotics in the prevention and treatment of periodontal diseases can lead to unwanted effects,” such as gastrointestinal problems, Victoria Moreno-Arribas, lead author on the study, told TheDoctor in an email. So scientists have been searching for new ways to prevent the buildup of disease-causing oral bacteria.

Moreno-Arribas and her team studied the effect of two phenolic acid metabolites derived from red wine and two red wine extracts on the ability of three oral pathogens (disease-causing bacteria) to stick to gums and teeth. They also looked at whether the ability of these compounds to prevent bacterial build-up would improve when they were combined with Streptococcus dentisani, believed to be an oral probiotic. The researchers tested their theory using an in vitro model of human gum tissue.

The two phenolic metabolites, caffeic acid and ⍴-coumaric acid, were generally better than the two red wine extracts at reducing the ability of bacteria to stick to the cells, said Moreno-Arribas, of the Spanish National Research Council. When combined with S. dentisani, the possible probiotic, the phenolic metabolites were even better at preventing bacterial growth.

Scientists have known that polyphenols in plants have some antimicrobial effects. What is new about the findings is that these effects of polyphenols can be seen on the bacteria in our mouths, Jeffrey Blumberg, a senior scientist in the antioxidant research laboratory at Tufts University, who was not involved with the current study, told TheDoctor.

“The most interesting thing to me about this study was the synergy found between using an oral probiotic and these two phenolic acids,” said Blumberg. Companies making oral health products want to consider formulas with both red wine extracts and oral probiotics, he added. Mouthwashes and chewing gums are two possible ways these compounds could be delivered to protect the mouth and gums, according to Moreno-Arribas.

ADVERTISEMENT
This is very exciting research, although it is several steps away from being applicable. The researchers did not study red wine, and they did not test the effects of the compounds in humans or animals. They studied red wine extracts and tested the compounds on cultured cells. As Blumberg puts it, this is an interesting early phase study but, “The take-home message is not ‘Rinse your mouth with red wine!’” The study was published in the Journal of Agricultural and Food Chemistry.
ADVERTISEMENT