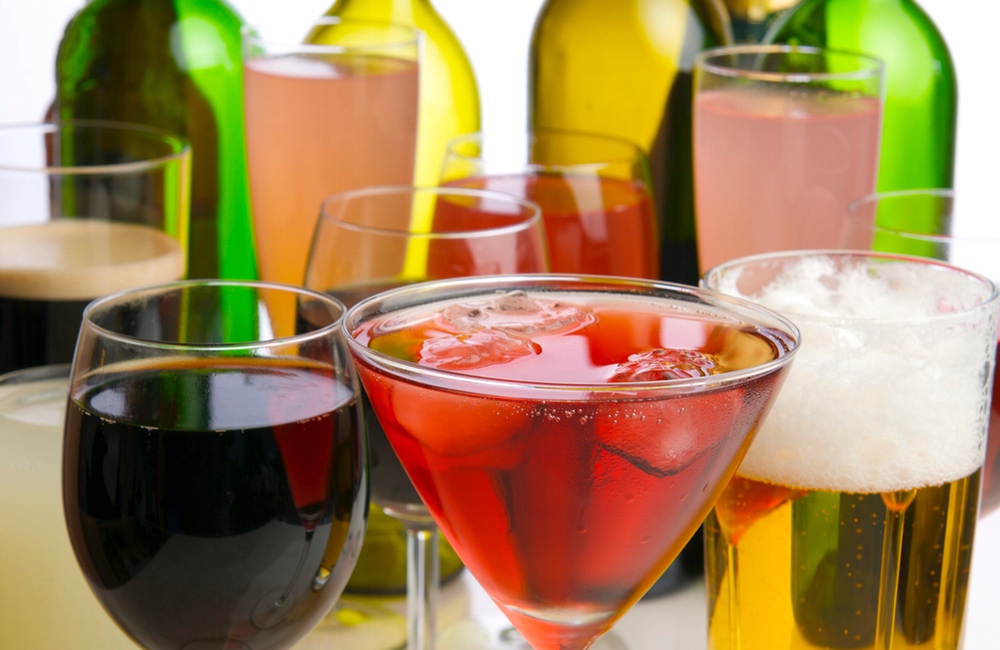 Charlotte LoBuono
Drinking offers health benefits, particularly for the heart, that rapidly give way to health risks if you drink too much.

A glass of wine with dinner is not a bad thing, but you may want to lay off the three martini lunches. People who drink in moderation — about one drink per day — had a significantly reduced risk of heart failure, according to a European study that followed almost 15,000 men and women for 25 years.

At the other end of the spectrum, people who drank the most were at significantly increased risk of death from all causes compared to moderate drinkers.

“We have known for a long time that people who drink moderately have a lower risk of heart attacks,” Scott Solomon, corresponding author on the study, told TheDoctor.

But the association between moderate alcohol consumption and heart failure risk was not as clear.

ADVERTISEMENT
Moderation is Better Than Abstinence

The risk of heart failure among people who drank moderately was actually lower than in those who completely abstained from alcohol, Solomon said. One reason for this could be that people who do not drink abstain for various reasons, including poor health. “But given that we followed these patients for such a long period of time, we think that is not primarily the reason,” he added.

Men who reported drinking up to seven drinks per week had a 20 percent reduced risk of heart failure. Women who drank moderately had a 16 percent reduction in risk.

It is also true that even though the findings indicate an association exists between drinking moderate amounts of alcohol and a lower risk of heart failure, “This does not necessarily mean that moderate alcohol consumption causes the lowered risk,” said Solomon, a professor of medicine at Harvard Medical School, and a senior physician at Brigham and Women’s Hospital. But the team did adjust their results to account for a variety of other lifestyle factors, such as smoking or not moving enough, that could affect the likelihood of heart problems.

The researchers looked at data from people between the ages of 45 and 64 who were enrolled in the Atherosclerosis Risk in Communities Study. They followed these participants for 24 or 25 years and asked them about their alcohol consumption.

ADVERTISEMENT
Drinks Per Week
For the purposes of their study and to account for the differing levels of alcohol among various alcoholic beverages, the investigators defined a drink as containing about 14 g of ethanol, roughly equal to a 4-ounce glass of wine, about a half-pint of beer, or slightly less than an ounce of hard liquor.

What about the so-called French Paradox, which suggests the low incidence of heart disease in France and other southern European countries is linked to their consumption of wine, particularly red wine?

Men who drank seven drinks per week had a 20 percent reduced risk of heart failure Compared to those who never drank,. Women who drank moderately had a 16 percent reduction in risk.
ADVERTISEMENT
Former drinkers had the highest risk of developing heart failure. The risk increased by 19 percent among men who used to drink and 17 percent among women, compared to those who never drank alcohol.

The risks of alcohol appeared at the upper levels of alcohol consumption — among those who said they drank 21 or more drinks per week, the risk of death increased by 89 percent for women and 47 percent for men compared to those who never drank alcohol. The liver damage that heavy drinking can cause may be one reason for this.

What about the French Paradox, which suggests the low incidence of heart disease in France and other southern European countries is linked to their consumption of wine, particularly red wine?

“Our results are really about the amount of alcohol consumed, not the type of alcohol,” said Solomon. While resveratrol is thought to be an antioxidant, the study cannot say these results are related to resveratrol or its perceived benefits, because it included people who drink other types of alcohol.

Solomon said he and his colleagues plan further studies to try to understand the relationship between specific types of alcohol and their effects on heart structure and function to see if certain types of alcohol are better than others for your heart.

Solomon's take-home message is this: “Everything in moderation. These data support the notion that alcohol consumption in moderation does potentially have beneficial effects, but if we go beyond moderation, we put ourselves at increased risk.”

The study was published recently in the European Heart Journal.