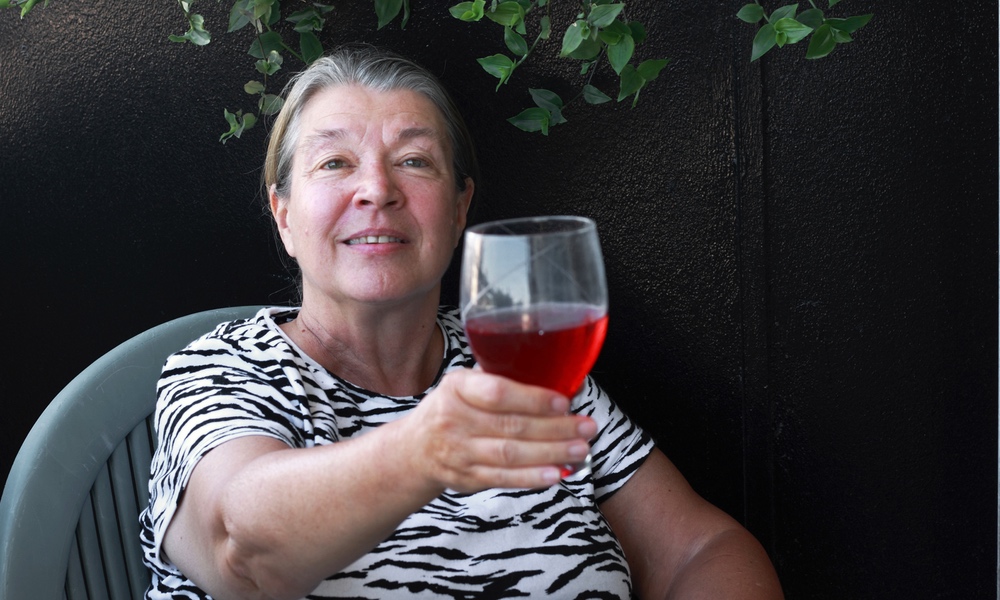 Drinking alcohol is risky for people who occasionally experience an irregular heartbeat. Even one drink can trigger an episode of A-Fib.

If you’re one of the approximately 2.7 million Americans who has atrial fibrillation or A-Fib, your heart may beat chaotically, often rapidly, sometimes with a fluttery feeling. You may experience shortness of breath, fatigue, fainting (or near fainting), along with an overall sensation that your heart is missing a beat. You may know alcohol can trigger an A-Fib attack. But are you still tempted to have just one drink thinking, “How bad would it be?” Well, according to a new study from the University of California, San Francisco, even one drink can be a risky choice.

The UCSF researchers put the relationship of alcohol and A-Fib to the test by studying 100 adults who experience intermittent atrial fibrillation, the kind that goes away within a short time, unlike chronic A-Fib which lasts for longer periods. The patients were, on average, 64 years of age and older; the majority (85 percent) were white and male. To track their heartbeats and alcohol consumption during the study, participants wore both an electrocardiogram monitor to record the time and length of any A-Fib episode, as well as an ankle monitor with an alcohol sensor to record how much alcohol they imbibed. After 4 weeks, the researchers looked at the number of A-Fib episodes and compared them to whether they were preceded by alcohol use.

Even if you don’t drink, if your heart skips a beat, don’t ignore the problem.

Here’s what the team found: Even with only one glass of wine, beer or another alcoholic beverage there was a twofold greater chance of having an A-Fib episode within the following 4 hours. For those people who had two or more drinks during one sitting, there was more than a threefold increased chance of having an A-Fib episode.
ADVERTISEMENT
This isn’t the first study making the connection between booze and atrial fibrillation, but this is the only one that’s been done using real time and objective methods rather than relying on a subject’s personal recall and self-reporting.

“Alcohol is the most commonly consumed drug in the world, and there is a still a lot we don’t understand about what it does to our bodies, and, in particular, our hearts,” Gregory M. Marcus, a cardiologist and professor of medicine at UCSF and the study’s lead author, said in a statement. “Based on our data, we found that alcohol can acutely influence the likelihood that an episode of A-Fib will occur within a few hours, and the more alcohol consumed, the higher the risk of having an event.”

Even though the Centers for Disease Control (CDC) considers “moderate drinking” to be one glass, or less, a day for women and two glasses or less for men, the findings suggest that you avoid alcohol completely if you have a condition that would be made worse by drinking. That includes A-Fib.

Even if you don’t drink, if your heart skips a beat, don’t ignore the problem. If left untreated, over time A-Fib can lead to heart failure, stroke, even dementia. According to the American Heart Association, there are additional lifestyle adjustments, beyond cutting out alcohol, that you can do to reduce your risk of complications associated with atrial fibrillation, including: