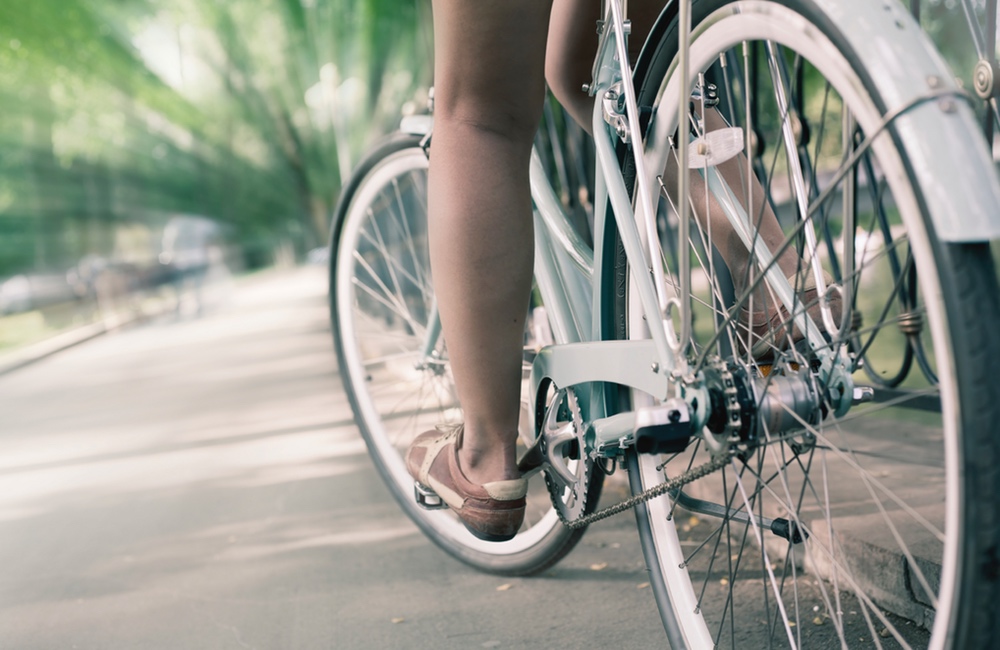 Get a Bike, Change Your Life

Esther Entin, M.D.
When people over 40 start bicycling — even a little — a variety of heart-protective measures improve.

Even though we know we should, it can be hard to find the time, motivation and means to increase the amount of exercise in our lives. Exercise is one key to living healthier lives and preventing or delaying the onset of many chronic diseases.

Two long-term studies focused on bicycling as one form of exercise that can greatly reduce the risk of a variety of health issues. The first study, published in the journal, Circulation, looked at 45,000 Danish adults from 50 to 65 years old. Researchers measured their bicycling habits at the beginning of the study and again five years later, and then compared them to the incidence of heart disease nationally.

When people changed their habits and became bike commuters during the study, all their health parameters improved.

Those people who biked regularly, whether for recreation or for commuting, had from 11-18% fewer heart attacks. As little as 30 minutes of biking per week offered some protection.
ADVERTISEMENT
People who began biking within the first five years of the study had a 25% lower risk of a heart attack than those participants who did not bike during the study period. Based on the data, the investigators estimate that more than 7% of all heart attacks that occurred during the 20-year study period could have been avoided if the patients had begun and continued cycling regularly.

A second study followed over 23,000 Swedish adults (mean age 43.5 years) for more than 20 years — from 1990-2011. At the start of the study, about 59% of participants drove or used public transportation, about 24% rode bikes, 11% walked, the rest were irregular in their transportation habits.

Researchers did not identify a minimum dose of cycling required to improve these numbers, but they did note a tendency for health measures to improve somewhat with increased cycling frequency and distances.

Walking to work did not have the same positive effect that cycling did on the risk factors that were monitored, leading researchers to conclude that biking to work is an effective preventive measure to combat risk factors for cardiovascular disease such as obesity, high blood pressure, abnormal lipids and metabolic syndrome.

ADVERTISEMENT
Of course, biking doesn't only benefit individuals. As the researchers point out, biking is an environmentally-friendly method of commuting, producing less air pollution than motorized transport.

Both studies suggest that switching from passive commuting to biking, or from sedentary lifestyle to biking for recreation, can have an impact on health and improve cardiovascular and metabolic risk factors in the middle-aged population. This is good news even for those who haven't been active throughout their adult lives. It's never too late to improve your health by developing good exercise habits.