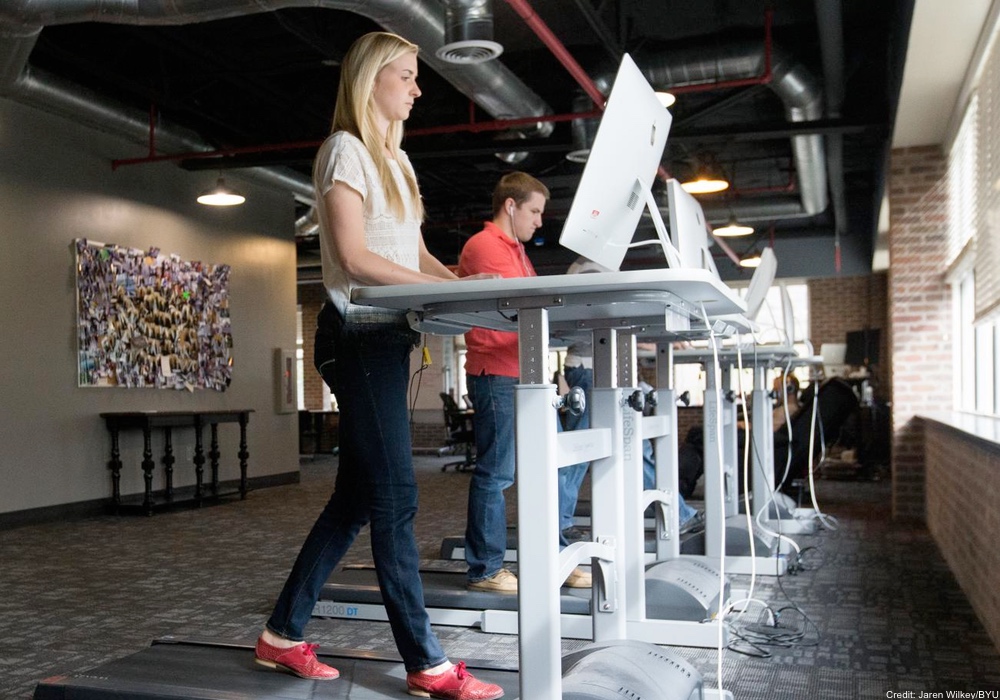 Neil Wagner
Some jobs require hours of sitting, and that's bad for your health. Luckily, there's an antidote.

Bus drivers and desk jockeys are in a bind. They know sitting is bad for you, but they need to earn a living. Some do turn to standing desks, but that's not an option for everyone (like bus drivers); so there's been a question about whether you can fully undo the harm of sitting if you exercise enough. The latest word is that indeed, you can.

Analyzing 13 previous studies, researchers found the extra risk of death that comes from sitting more than eight hours a day can be eliminated by 60 to 75 minutes of daily moderate intensity exercise.

Rather than getting hung up on the numbers, which do change from study to study, you might consider the simple message in the study's final paragraph: if you have to sit a lot, it's important for your health to also be physically active.

People who barely exercised at all and sat that much had a 59% increase in their risk of premature death when compared to those who sat less and exercised more. The increased risk is similar to the increase you'd get from smoking cigarettes.

Ulf Ekelund, the study's lead author, puts the findings in perspective: “Our message is a positive one: it is possible to reduce — or even eliminate — these risks if we are active enough, even without having to take up sports or go to the gym.”

ADVERTISEMENT
You don't need to run a marathon; exercise can be walking, cycling, yoga or tai chi. In general, moderate intensity exercise is walking at a pace of about 3.5 miles per hour or cycling at 10 miles per hour. But there's an easier rule of thumb, the talk test: you should be able to comfortably talk but not to sing while doing the exercise. If you can't say more than a few words without gasping, it's vigorous exercise. If you can talk and sing without puffing at all, it's low-level exercise.

“For many people who commute to work and have office-based jobs, there is no way to escape sitting for prolonged periods of time. For these people in particular, we cannot stress enough the importance of getting exercise, whether it's getting out for a walk at lunchtime, going for a run in the morning or cycling to work. An hour of physical activity per day is the ideal, but if this is unmanageable, then at least doing some exercise each day can help reduce the risk,” according to Ekelund, a Senior Investigator Scientist at the University of Cambridge.

In the study, which analyzed data from over a million people, a half hour of daily exercise cut the extra risk of death by more than half (from 59% to 27%).

People were divided into four groups based on the amount of daily sitting they did. They were also put into four groups based on how much moderate intensity exercise they did daily. Over 84,000 participants died during the course of the original studies. The risk of dying was calculated for people in all the various groups and compared to the risk of those who sat the least (under 4 hours daily) and exercised the most (about 60-75 minutes daily). This risk was 59% higher for those who sat the most (more than 8 hours) and exercised the least (less than 5 minutes a day), dropping to 27% higher for those who sat over 8 hours a day but exercised 25-35 minutes daily.

ADVERTISEMENT
Clearly, less sitting is better. But if you're a bus driver, you have to sit a lot. Rather than getting hung up on the numbers, which do change from study to study, you might consider the simple message in the study's final paragraph: if you have to sit a lot, it's important for your health to also be physically active.

The study appears in The Lancet.