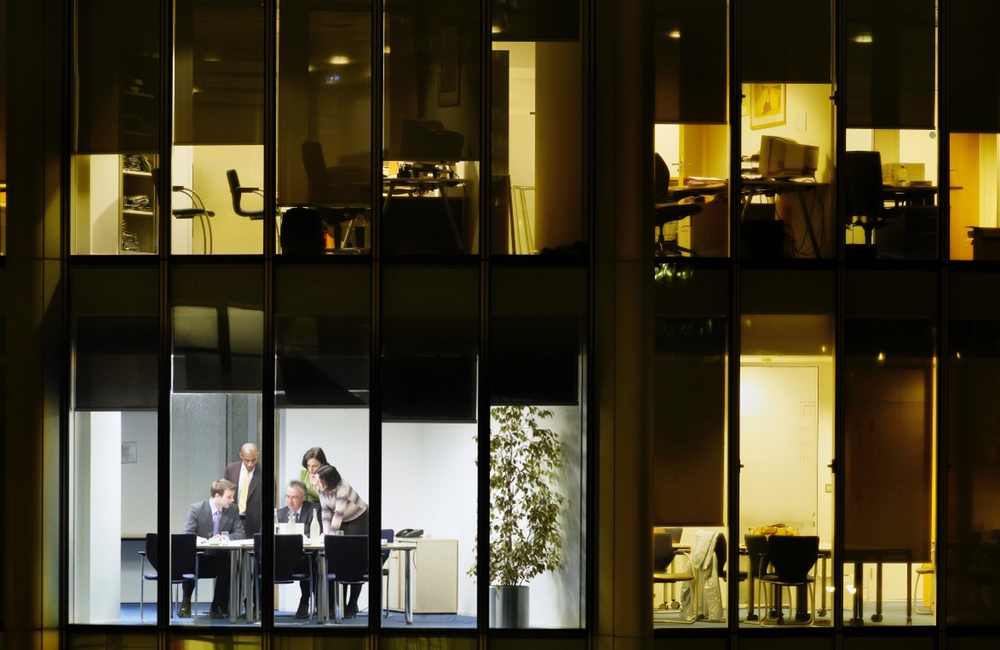 Overtime May Be Killing You

Neil Wagner
Working 10 to 15 hours of overtime each week greatly increases the risk of stroke and heart disease.

Working long hours may be good for your wallet, but it's bad for your health. Working more than 40 hours a week increases both the risk of stroke and the risk of coronary heart disease, according to a study just published in the Lancet.

Working long hours is not healthy.

And the more people worked, the more their risk of stroke rose — up to 33% above normal for those who worked the most.

ADVERTISEMENT
Finding the Workaholics in Millions of Health Records

The team of researchers looked at data on strokes and heart disease drawn from large, ongoing health surveys like NHANES — the National Health and Nutrition Examination Survey. The studies looked at both men and women and were conducted in Europe, the United States and Australia, with an average follow-up time of over seven years.

When it came to strokes, researchers analyzed 17 different studies involving over half a million people. Compared to people who worked a 35-40 hour workweek, those who worked between 41 and 48 hours had a 10% higher risk of stroke, and those who worked from 49 to 54 hours had a 27% greater risk of stroke. Fifty-five or more hours of work raised stroke risk by a third, leaving these desk jockeys 33% more likely to have a stroke than their coworkers who generally left the office after eight hours on the job.

Fifty-five or more hours of work raised stroke risk by a third, leaving these desk jockeys 33% more likely to have a stroke than their coworkers who generally left the office after eight hours on the job.

This excess risk remained even after taking into account other factors known to increase stroke risk, such as smoking, alcohol consumption, low physical activity, high blood pressure and high cholesterol. Time at work, or overtime at work, was the culprit.
ADVERTISEMENT
Similar but more modest results were found from 25 studies of over 600,000 people that tracked people's development of heart disease. Here, the risk of coronary heart disease rose by 13% in people who worked 55 hours or more, during an average follow-up time of 8.5 years.

It's one thing to work overtime now and then; that's not a problem. But regularly putting in an extra 15 to 20 hours of work for a week can have big impact on your health and likely, longevity.

Long Hours At the Office: A Dangerous Cocktail of Unhealthy Behaviors

This meta-analysis can't say precisely what it is about working long hours that might cause this increase in strokes and heart disease. The authors suggest that added stress may play a part. Some workers, desperate to hold on to their jobs, may work overtime in order to be seen as indispensible.

Heart disease and stroke are no way to build a long-term workforce.

Another possible contributor is that when you are at work you are typically not physically active. All the added sitting that can accompany extra work, especially for people with desk jobs, is likely part of the problem. In fact, the sedentary nature of office work is one reason some office workers are turning to treadmill desks.

Whatever the actual cause(s) may turn out to be, the authors want people, as well as their doctors, to realize that working long hours is not healthy. It significantly increases the risk of stroke and possibly of heart disease. Perhaps management could also pay attention: heart disease and stroke are no way to build a long-term workforce.