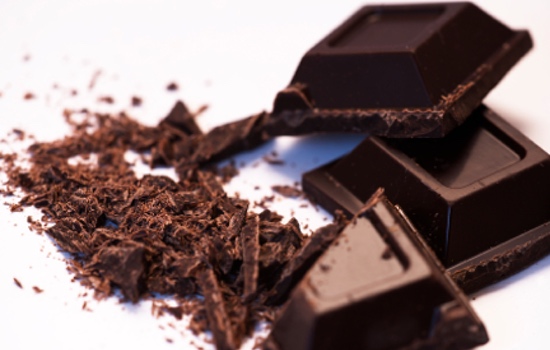 About That Box of Chocolates...

Beth Fontenot, MS, RD, LDN
You may not have to restrict yourself to dark chocolate — milk chocolate appears to have heart benefits, too. But...

There's been some good evidence pointing to a connection between eating dark chocolate and a decreased risk of cardiovascular disease as well as sharpening the mind. The benefits may even be more wide-ranging than has previously been thought — milk chocolate may be good for you, too.

A British study just published in the journal, Heart looked at the impact of dietary habits on the long-term health of nearly 21,000 people and found those who ate the most chocolate were less likely to have heart problems than those who ate little or none.

Those who ate larger amount of chocolate had a higher calorie intake and their diets contained more fat and carbohydrate and less alcohol and protein, but they had an 11 percent lower risk of cardiovascular disease than those who ate no chocolate.

The data came from people who are part of the EPIC-Norfolk study which is following the impact of diet on people in Norfolk, England using lifestyle and food frequency questionnaires. In addition, the researchers performed a review of published studies on links between chocolate and cardiovascular disease. In all, over 150,000 people, including those in the EPIC study, were included in the research.
ADVERTISEMENT
Those in the EPIC-Norfolk study were followed for about 12 years. Twenty percent said they did not eat chocolate, but among the other 80 percent, the average daily consumption was seven grams (.25 ounces), with some people eating up to 100 grams (3.5 ounces) per day.

Those who ate the most chocolate were younger and had a lower body mass index (BMI). In addition, their waist to hip ratio, systolic blood pressure, and level of inflammatory proteins in the blood were lower.

They were less likely to have diabetes and more likely to be physically active. All of these factors contribute to a less risky cardiovascular risk profile.

There are some alternative explanations for what seems to be an outstanding study for chocolate lovers.

In their review of published studies on cardiovascular disease and chocolate, researchers found a consistent trend toward a lower risk of both heart disease and stroke among those who ate chocolate regularly.

There are some alternative explanations for what seems to be an outstanding study for chocolate lovers. This is an observational study, so a cause and effect relationship cannot be drawn. And food frequency questionnaires leave room for error on the part of study participants. The results could also be explained by the possibility that those who are at greater risk for cardiovascular disease ate less chocolate and foods that contain it than those who are healthier. Nonetheless, the evidence suggesting that people who eat more chocolate have a lower risk of cardiovascular events seems to accumulate.

And chocolate’s beneficial effects may not be limited to dark versions. The researchers found that milk chocolate, considered less healthy than dark chocolate, was the type most often consumed by people in the EPIC-Norfolk study.

“This may indicate that not only flavonoids, but also other compounds, possibly related to milk constituents, such as calcium and fatty acids, may provide an explanation for the observed association,” the researchers explained in a statement.

ADVERTISEMENT
If you have concerns about your risk of developing cardiovascular disease, there doesn’t seem to be any reason to avoid chocolate. In fact, eating up to 3 ounces a day may lower your risk of heart disease and stroke. But chocolate still contains fat and calories, so these encouraging results are not a license to binge.