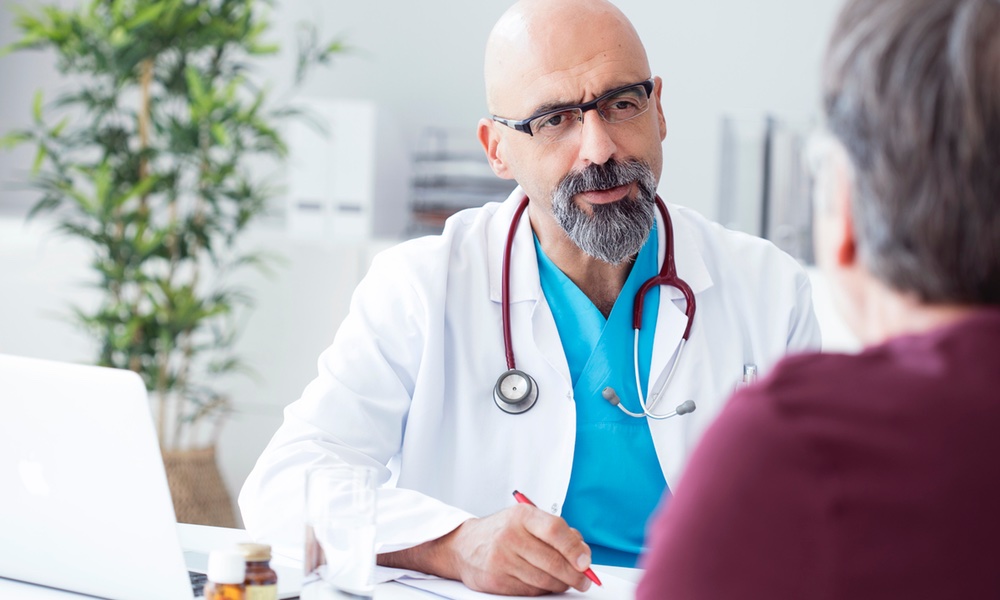 Be Honest with Your Doctor

Charlotte LoBuono
If you withhold the truth from your doctor, you end up with a less-informed professional opinion. Some ideas to improve the conversation.

Chances are you’ve been less than honest with your doctor at one point or another. Maybe you’ve told her you eat better or drink less than you really do; or claimed you work out more often or more regularly than you do. If you’ve stretched the truth or outright lied a little during doctor-patient interviews, you’re not alone.

Between 60 to 80 percent of people surveyed as part of a new study admitted they were less than forthcoming with their doctor about information important to their health.

People care about what their doctors think of them. “We want the people we respect to respect us.”

Unfortunately, when you withhold significant information from your doctor, you are also limiting the quality of care you receive. “It is important that patients understand the consequences of withholding information from their providers. Providers can’t take care them as well if they don’t know the full story about their health behaviors….” Angela Fagerlin, senior author on the study, told TheDoctor.
ADVERTISEMENT
Patients' tendency to offer incomplete information to their healthcare providers was examined with the help of two online surveys, one using Amazon’s Mechanical Turk (MTurk) and the other Survey Sampling International (SSI). Over 2,000 people responded to the MTurk survey; about 2,500 responded to the SSI survey. The mean age of respondents was 36 for the MTurk survey and 61 for the SSI survey.

The SSI survey was undertaken when researchers saw how young the first study population was. The team was concerned that because of their age, MTurk respondents might not have had as much experience with the healthcare system as the older population, Fagerlin explained. They also were likely not to have as many health problems, and so be less motivated to be forthcoming.

Those responding to the surveys were asked about seven types of information they might have withheld from their doctor and the reasons they did so. They were asked if they had ever not made it clear that (1) they did not understand their provider’s instructions, (2) disagreed with their doctor's recommendation, (3) did not exercise or did not exercise regularly, (4) had an unhealthy diet or how unhealthy their diet was, (5) took a certain medication but did not mention it to their doctor, (6) did not take prescription medication as instructed and (7) took someone else’s prescription medication.

About half of the participants said they were embarrassed to admit they were engaging in certain behaviors, such as not eating healthy or not exercising.

The researchers found that 81.1 percent of the respondents to the MTurk survey withheld at least one piece of information from their doctor, while 61.4 percent of SSI respondents withheld something.
ADVERTISEMENT
People care about what their doctors think of them. That's one big reason why patients withhold information. About 61 percent of MTurk respondents and 50 percent of participants said they were embarrassed to admit they were engaging in certain behaviors, such as not eating healthy or not exercising, said Fagerlin, chair of population health sciences at University of Utah Health. And they didn’t want their doctor to think they were difficult patients. “We want the people we respect to respect us. We’re only human!” said Fagerlin.

The researchers are trying to find ways to better understand what happens during patients' conversations with their providers. What about their relationship with their doctors leads them to withhold information. “We thought about talking to people before and after they see a doctor, to understand if and why they withheld information in real time, rather than just by recalling a conversation,” Fagerlin said. “There may be things we can do to improve communication.”

ADVERTISEMENT
It can be harmful to patients to withhold information or lie to their doctors. At the very least, they are cheating themselves of a fully-informed medical opinion. So doctors and healthcare services need to figure out how to remind patients their doctors are there to help them, so they reveal information they may fear is damning.

This may require framing the doctor-patient conversation so that patients feel free to admit they don’t agree with their provider, or that they don’t exercise, or they drink or eat more junk food than they should. The conversation should be comfortable for both patient and doctor. As Fagerline says, “ [Y]our provider’s primary goal is to take good care of you — but they can’t do that if you aren’t honest with them!”