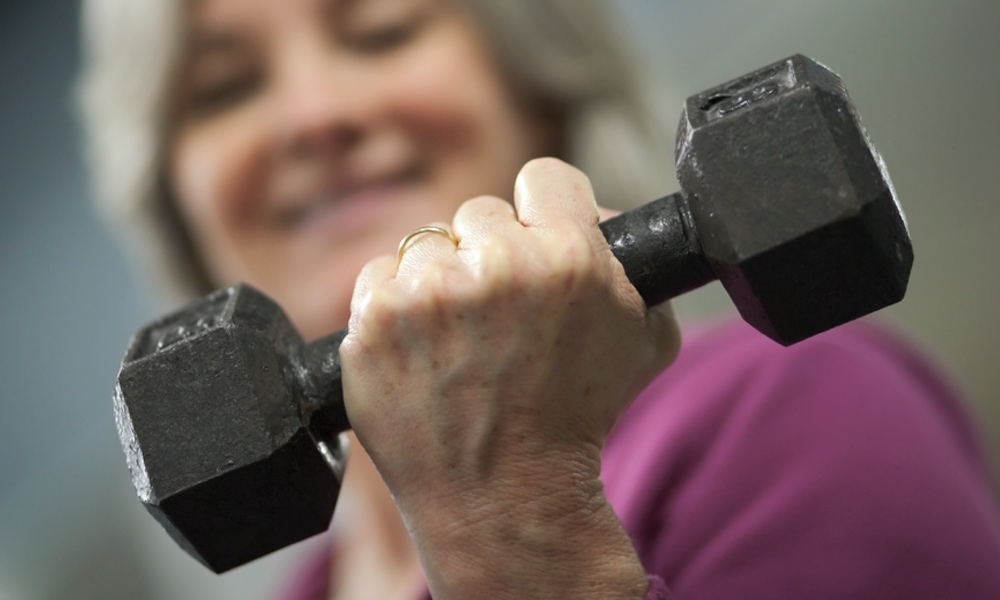 Charlotte LoBuono
Strength training -- lifting weight in some way or another -- is right up there with aerobic exercise when it comes to your heart.

Aerobic exercise is good for heart health, no question; but the findings of a new study suggest that a bit of resistance exercise, such as lifting weights to build muscle, can also help the heart. And it just takes as little as an hour a week.

“People may think they need to spend a lot of time lifting weights, but two sets of bench presses that take less than five minutes could be effective,” Duck-chul Lee, corresponding author on the study, told TheDoctor.

People who did resistance training had a 40 to 70 percent lower risk of cardiovascular events, compared with those who got no resistance exercise.

“The results are encouraging, but will people make it part of their lifestyle? That’s the million dollar question,” said Lee, an associate professor of kinesiology at Iowa State University.

It is relatively easy for people to incorporate aerobic exercise into their daily routine. They can walk or ride their bike to work, or take the stairs. Fitting in resistance exercise is a bit more difficult. The number of activities associated with lifting something heavy are few for many people.

A gym membership is one solution. It offers more options for resistance exercise, and the results of one of Lee's previous studies suggested people who belonged to a gym exercised more overall, but, as Lee points out, you can benefit from any type of resistance exercise or muscle-building activities: lifting any weight that increases resistance on the muscles is the key. Think vacuuming.

“My muscles don’t know the difference if I’m digging in the yard, carrying heavy shopping bags, or lifting a dumbbell,” he said.

ADVERTISEMENT
“Resistance exercise has other health benefits, too,” he added. It also lowers the risk for diabetes and high cholesterol, the team found.

Think of muscle as a “power plant” to burn calories, according to Lee. Building more muscle burns more calories, even in people who are not aerobically active. “Building muscle has metabolic benefits, which I don’t think is well appreciated,” he said.

About half of Americans meet the recommended guidelines for aerobic activity, but only about 20 percent meet the guidelines for resistance training for muscle strength. People may want to consider replacing half of their aerobic exercise with resistance exercise to get the full cardiovascular benefits. The effects of resistance training on other health outcomes, such as obesity and hypertension, are next up for Lee and his team.

The study was published in Medicine and Science in Sports and Exercise.