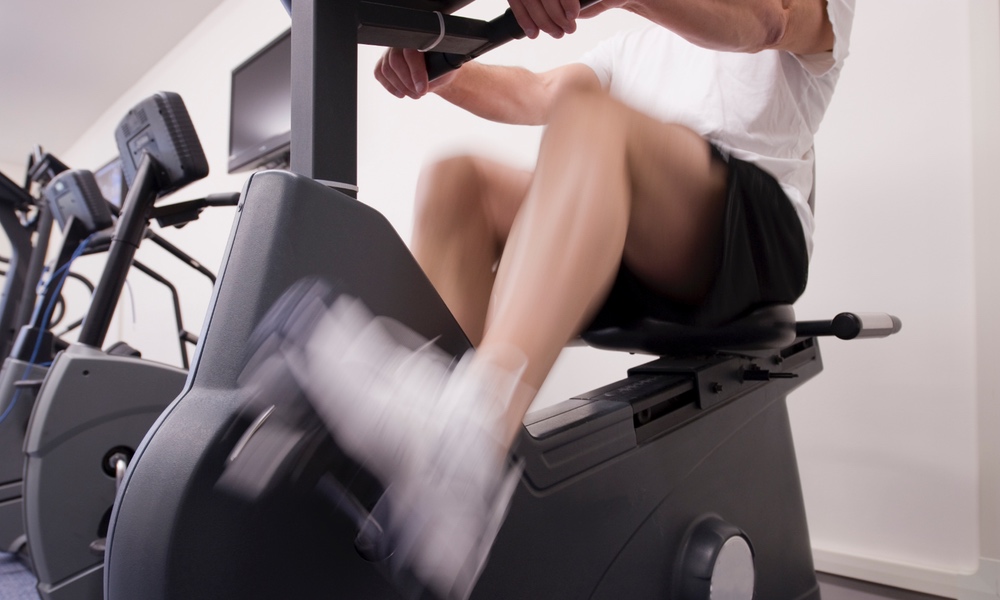 Charlotte LoBuono
Getting your heart rate up for intervals of just 20 seconds offers benefits equaling those of much longer workouts.

Many people try to fit exercise into their lives, and they become discouraged if they don’t have 45 minutes or an hour in the day to work out. The high intensity workout, called sprint interval training, is a perfect way to stimulate your heart and body without a huge time commitment.

“For an individual whose only exercise is walking around the block, an interval session for them might be picking up the pace for a few light posts and then backing off.”

Even if you only have 15 minutes or so on your lunch hour, you can use intervals to get in a quality workout. “Interval training allows more of an opportunity to fit exercise in your life,” Martin Gibala, lead author on the study, told TheDoctor. “In various flavors [interval training] has the potential to improve fitness in a more time-efficient manner than the traditional approach.”
ADVERTISEMENT
Twenty-seven men who did not exercise were enrolled in the study. Men were assigned to either the sprint interval training group (SIT), a moderate intensity continuous training (MICT) group, or a control group that did not exercise at all. Both exercise groups exercised three times per week for 12 weeks.

The SIT workout was a two-minute warm-up, followed by three 20-second all out sprints on an exercise bike. The sprints were interspersed with two-minutes of easy cycling for recovery. The workout concluded with a three-minute cool down, for a total of 10 minutes.

The MICT workout will be familiar to many people who frequent the gym — 45 minutes of continuous cycling, with a two-minute warm-up and a three-minute cool down, for a total of 50 minutes.

At the end of study, both the exercise groups showed similar improvements in measures of cardiometabolic health, such as peak oxygen uptake and insulin sensitivity.

Larger and longer randomized clinical trials are needed to compare SIT to a more traditional exercise regimen in many different groups of individuals, according to Gibala, a professor in the department of physiology at McMaster University in Canada.

ADVERTISEMENT
Even though the training in the study was pretty intense, interval training need not be extreme, Gibala indicated. Something as simple as interval walking has been shown to be very effective. “For an individual whose only exercise is walking around the block, an interval session for them might be picking up the pace for a few light posts and then backing off,” he said.

That is not to say that traditional approaches to exercise are not good, said Gibala. But the best type of exercise is one that you enjoy, because you are more likely to stick with it over the long term.