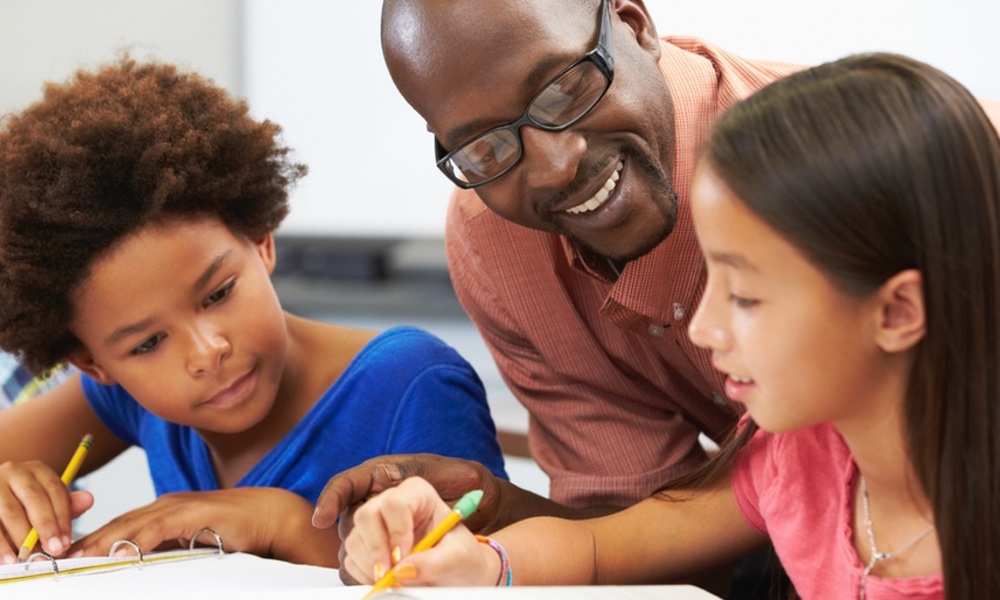 Early childhood intervention programs like Head Start are designed to give disadvantaged kids an early boost so they are better able to make the most of their school years. The payoffs of these programs appear to go far beyond their impact on a child's academic career, however. A long-term study of kids in one intervention program has found that when you help one generation, the gains extend to the next generation as well.

Researchers followed a group of children who, with their parents, were part of a program for children growing up in a risky neighborhood in Seattle, Washington. Called Raising Healthy Children (RHC), it enrolled children from first through sixth grades, their parents and teachers in the 1980s.

Kids of parents who had participated in the program had fewer developmental delays in the first five years of life, fewer behavior problems, fewer symptoms of ADHD and better cognitive, academic and emotional maturity in the classroom.

Set in public elementary schools serving high-crime neighborhoods in Seattle, the Raising Healthy Children program was designed to test the idea that problem behaviors, like fighting and drug use, could be prevented with specialized training for teachers, parents and young children. “Teachers were taught how to better manage their classrooms, parents were taught to better manage their families, and kids were taught how to better manage their emotions and decision making,” explained Karl Hill, who became involved in research following up on the effectiveness of the program in the 1990s while a professor at the University of Washington.
ADVERTISEMENT
These early studies showed that at age 18 teens who had gone through the program with their families did better academically than those who didn't. They were also less likely to use drugs, take part in violence or practice unsafe sex. Later, when they were surveyed in their 30s, the team found RHC participants were better off economically, had gone farther in school and scored better on mental health assessments.

“We started thinking, if they are growing up to be healthier adults, maybe they are also better parents and maybe we can measure that impact on their kids,” said Hill, now the director of the Problem Behavior and Positive Youth Development Program at the University of Colorado Boulder.

So the University of Washington team decided to check in with the next generation. They began following the first-born children of program participants in 2002. Children whose parents had taken part in the Raising Healthy Children (RHC) program were assessed using questionnaires for their teachers and parents and, beginning at age 6, annual interviews with the children themselves. Of the 182 students in the study, 72 had parents who had gone through the RHC program and 110 had parents who had not taken part in an early intervention program.

“Our results suggest these programs, by delivering cross-generational effects, may be working even better than we thought.”

Those kids whose parents had participated in RHC had fewer developmental delays in the first five years of life, fewer behavior problems, fewer symptoms of attention deficit hyperactivity disorder (ADHD) and better cognitive, academic and emotional maturity in the classroom, the new study found. They were also significantly less likely to report using drugs or alcohol as teenagers.
ADVERTISEMENT
“We already know that if you can prevent kids from getting involved in the criminal justice system, engaging in underage drinking and drug use, and experiencing depression and anxiety, you can save governments and families a lot of money,” said co-author Jen Bailey, assistant director of the Social Development Research Group at University of Washington. “Our results suggest these programs, by delivering cross-generational effects, may be working even better than we thought.”

The children whose parents had gone through the program in the 1980s were less likely to exhibit the kinds of defiant and externalizing behaviors that often predict serious violence later in life, suggesting that interventions in which parents and schools partner to help children and families learn how to deal with the kinds of situations dangerous neighborhoods can pose, could play a role in stemming the tide of school violence.

Budgets are being slashed and lawmakers tend to place prevention at a lower priority given the current pandemic. But Hill hopes the findings send a message, particulalry given the rise in depression and anxiety among youth and adults, “By investing in kids now and continuing to invest in them, we could be making generations to come more resilient for when the next national emergency comes around.”