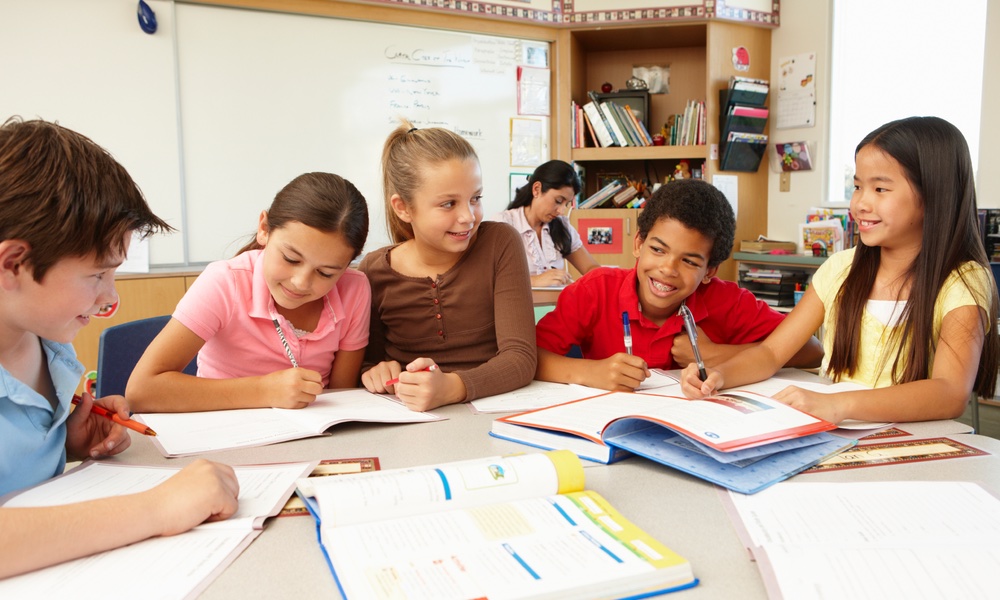 Leslie Carr
Moving from elementary school to middle school can be hard on preteens. A program that helps.

When kids actually start middle school in the fall, however, they often find that their elementary school social network is disrupted and they aren't sure where they belong. They are usually in a larger school with many more students who are older — and bigger — than they are. Schoolwork is more competitive; teachers are more distant and require greater discipline; and tracking into advanced classes may make comparisons with others inevitable.

Many, if not most, children encounter difficulties as they start middle school.

It's not just school size or the age of the other students, though. Children go through big developmental changes in middle school: peers begin to replace parents as points of reference, and the pressure to conform and be popular is greater, so feeling uncertain about where one belongs packs a big emotional punch.
ADVERTISEMENT
All these adjustments mean that many, if not most, children encounter difficulties as they start middle school. Some suffer academically, struggling to keep up in bigger classes with higher expectations. For others, the sudden expansion of their social environment can leave them wondering who they are, as they cope with loneliness, bullying and the pressure to act like others in order to be accepted. All these issues can lead to behavioral problems and staying home from school.
Helping Kids Feel They Belong

Luckily, their budding maturity means pre-teens are capable of understanding that these changes are common to the shift to middle school, and that feeling — that they belong to a group adjusting to a dramatically new situtation — can help them keep things in perspective.

That's what an intervention developed by researchers at the University of Wisconsin, Madison and Stanford University, aims to do.

“The belonging intervention we fielded helped adolescent students making the transition to middle school adopt a mindset that worries about belonging are common among their peers and can be overcome with time and effort. In doing so, the intervention unlocked greater potential for positive well-being and academic outcomes for students,” the researchers write.

ADVERTISEMENT
The program is designed to make middle schoolers aware of how common the difficulties they are experiencing are. As the study authors see it, “When kids can see that their concerns about succeeding social and academically are common to most kids making the transition to middle school, they find it easier to handle the hard times and see adversity as nonthreatening and maintain a motivational orientation that supports better performance.”

Over 1300 sixth-grade students at 11 Midwestern public schools took part in the study. They were randomly assigned to one of two groups. One group received the intervention which included advice about dealing with their new situation, reassurance that social and academic adversity in middle school was temporary, and that there was support available at school to ease the transition from elementary to middle school. The other, a control group, which participated in exercises that included the same amount of reading and writing but asked students to write about neutral middle school experiences, rather than school belonging.

“When kids can see that their concerns about succeeding social and academically are common to most kids making the transition to middle school, they find it easier to handle the hard times...”

Students were surveyed in September before starting the intervention and at the end of the year in May. Students in the intervention group had over a third fewer discipline problems. Failing grades among the group fell by 18 percent; and absences were reduced by 12 percent.

The intervention especially helped male, ethnic and racial minority students be more successful, the team found. The majority of the long-term academic benefits of the intervention resulted from changes in students' academic engagement, the reserarchers believe, and in improvements in their attitudes toward school because of less anxiety and a greater sense of belonging.

ADVERTISEMENT
The study is published in Proceedings of the National Academy of Sciences.