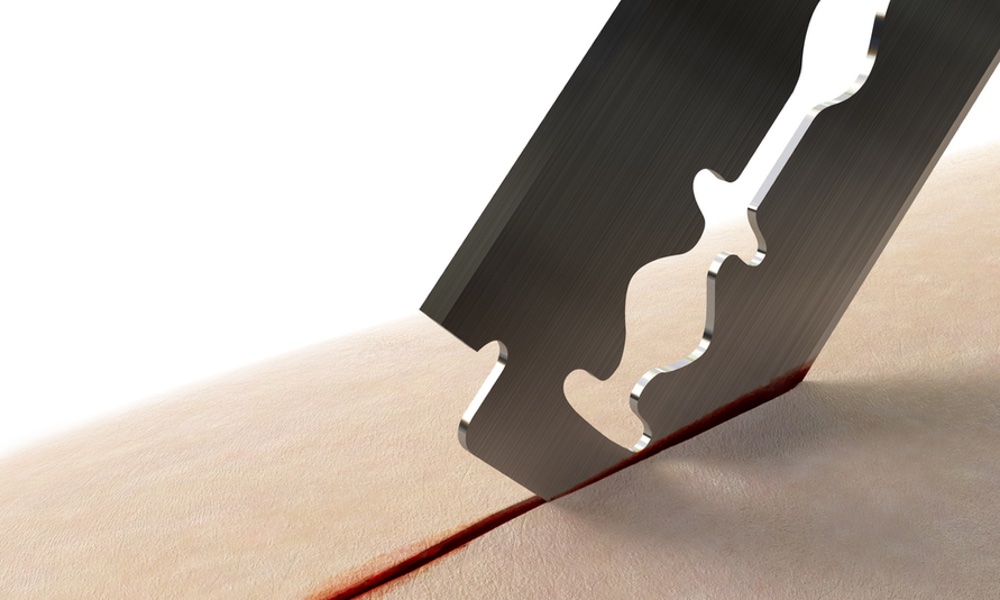 Why People Hurt Themselves

Alice G. Walton
Not all people who cut or otherwise injure themselves are suicidal. It is often the case that it's a way to release emotional pain.

The act of deliberately hurting yourself — inflicting pain and damage to your own body, whether through cutting, burning, scratching and other forms of injury — is known as self-harm. While self-injury can look like attempted suicide, not everyone who engages in self harm is suicidal. Hurting yourself can be a way of expressing internal pain, but there are likely many other reasons, which researchers are trying to understand. A new study from Rutgers University looks into how self-harm may at least partly have to do with how a person experiences physical and emotional pain.

The researchers invited 47 young people, aged 15-21, who reported regularly hurting themselves, but were not at risk of suicide, to take part in the study. About 70 percent of the participants were women, which reflects what other research has found regarding the gender divide in self-harm. The participants were given smartphone apps, which contacted the participants several times a day, and asked them to record their feelings and their pain sensitivity before, during and after an episode of self-harm.

We assume people want to avoid pain, but some see self-harm as a way to release the pain they feel.

There were over 140 self-harm episodes over the course of the two-week study. From the data, the researchers saw that people who had a lot of negative emotions at the start of a self-harm episode and who experienced lower levels of physical pain reported multiple self-injuries during that particular episode. Those young people who had high negative emotions and felt more pain were more likely to have more overall episodes over the study period.
ADVERTISEMENT
“These findings suggest that the individuals who had high emotional distress and instability sought to use physical pain from self-injury more frequently to relieve their emotional distress,” said study author, Edward Selby, in a statement. “It also shows that an absence of pain sensation during self-injury may arise as the behavior worsens and can lead these individuals to be less motivated to seek help.”

The researchers suggest that if doctors and mental health providers are particularly aware of the patterns associated with self-harm, they might be able to better predict a person’s risk in the future.

Beyond that, the study begins to illustrate why people cut themselves or do other forms of self-harm, and the delicate interaction between how a person experiences emotional pain and their physical pain response. More still needs to be done to understand it completely, however.

“The experience of pain during non-suicidal self-injury remains a mystery and can be difficult for clinicians and families to understand because it challenges our assumption that people want to avoid or minimize pain,” said Selby. “However, people who engage in this behavior intentionally and repeatedly inflict physical injury on themselves despite — or perhaps because of — the physical pain it elicits.”

If you or your child is self-harming, speak up; effective treatments, including talk therapy and medication, are out there.

ADVERTISEMENT
The study was published in the journal Clinical Psychological Science.
ADVERTISEMENT