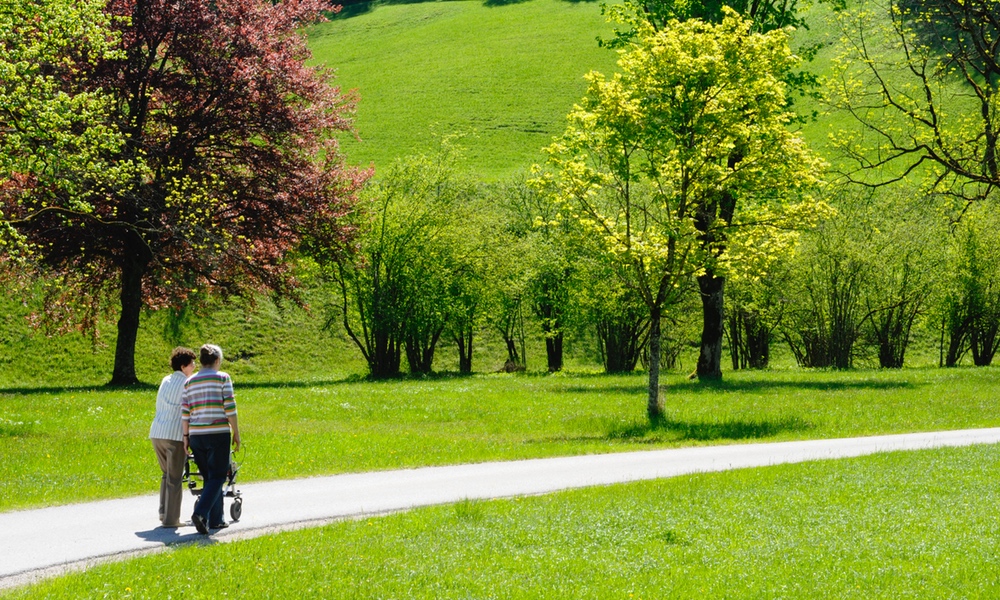 Parks are healthcare providers. As little as a 20-minute visit left people feeling happier, even those who couldn't easily move around.

It's hard to count all the ways parks help city dwellers cope with the pressures of urban living. For starters, they're an oasis of greenery in a concrete-filled environment and help people de-stress. A new study adds to the list of benefits, finding that visits to a park make people happier. And it only takes 20 minutes.

When researchers have put green spaces, including parks, to the test, they've found that they can improve people's physical and mental health and even boost their ability to solve problems. But it's has been difficult to tell whether it's the parks themselves that are responsible for these improvements, or the added activity — people do tend to move around more when they visit a park.

How many places in your neighborhood do you leave happier than when you first arrived?

A recent study offers a clearer picture: Just 20 minutes in a city park made people happier regardless of how much or how little they moved around.
ADVERTISEMENT
A University of Alabama study looked at 94 adult visitors to the three main public parks in Mountain Brook, Alabama during a six-month period. Research participants completed questionnaires on their well-being before and after their trip to the park, and wore accelerometers during the visit to record their movement.

The verdict: twenty minutes in the park led to a significant improvement in well-being, regardless of how much a person moved around during their visit.

That means virtually everyone can benefit from a trip to the park, even people who have difficulty getting about, according to co-author Gavin R. Jenkins. The study is only a small one, but Jenkins believes its findings reinforce the need for more urban parks and for taking better care of the ones that we already have.

“There is increasing pressure on green space within urban settings,” said Jenkins, a professor at the University of Alabama at Birmingham (UAB) School of Health Professions. “Planners and developers look to replace green space with residential and commercial property. The challenge facing cities is that there is an increasing evidence about the value of city parks but we continue to see the demise of theses spaces.”

Parks are important providers of healthcare. If more politicians and planners understood this, they probably wouldn't struggle for funding as much as they do. After all, how many places in your neighborhood do you leave happier than when you first arrived?

ADVERTISEMENT
You can easily test the findings yourself — does a short trip to the park make you feel a little happier or not?

The study appears in the International Journal of Environmental Health Research.