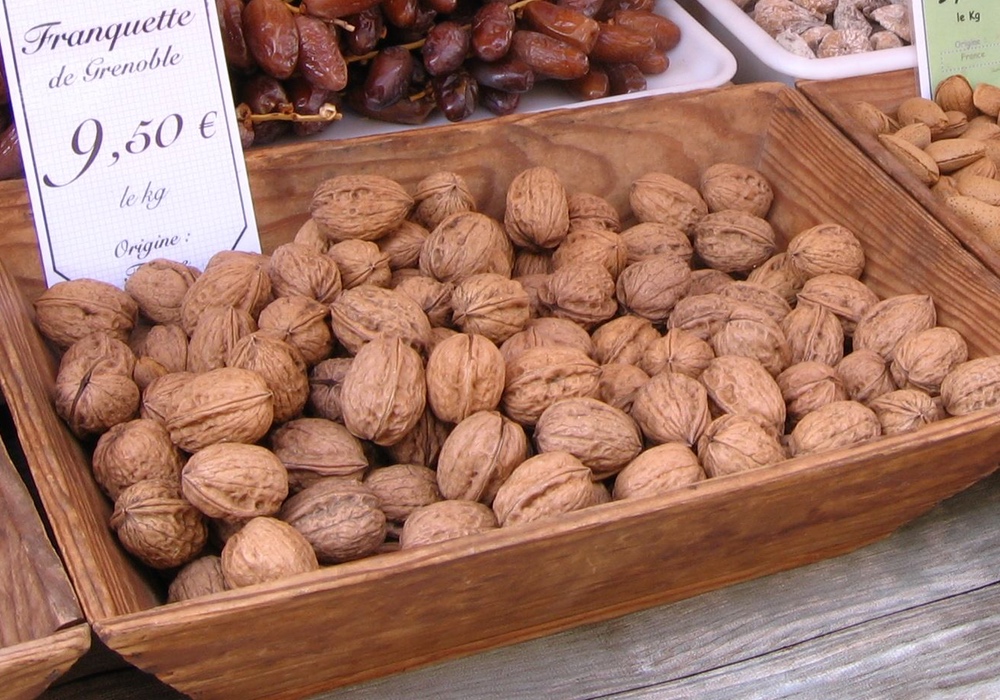 Neil Wagner
Why do nuts, and walnuts especially, do so much for men? They even boost men's moods.

College students have a reputation for unhealthy eating and mood swings. There may be a way to improve both these markers at one time — at least if you are male.

Adding walnuts to college students' diets boosted mood by 28%, a study finds, but only for men.

This isn't the first study to find a male-specific health perk from eating walnuts.

The 64 college students in the study ate banana bread three times a day for sixteen weeks. For eight weeks the banana bread contained walnuts, finely ground and mixed into the dough before baking so that it would look and taste like walnut-free banana bread. For the other eight weeks, the students ate walnut-free banana bread.
ADVERTISEMENT
In this double-blind, randomized, controlled study, mood was tested before the study began and after each eight-week test period. While eating the bread with walnuts had no effect on the mood of women, it improved the men's overall mood. There was a medium-sized effect on total mood that was statistically significant.

As the author, Peter Pribis, an assistant professor at the University of New Mexico, explains it, there were non-significant improvements in six areas — tension/anxiety, depression/dejection, anger/hostility, vigor/activity, fatigue/inertia and confusion/bewilderment — and these, when combined, added up to a statistically significant boost in total mood.

This isn't the first study to find a male-specific health perk from eating walnuts. One study found that adding walnuts to the diets of men 35 and under energized sperm, raising their vitality and mobility.

Of course, eating nuts in general, not just walnuts, has paid dividends in many studies. This includes better heart health and lower cancer risk and lower blood sugar and LDL cholesterol in diabetics. The only drawback seems to be that nuts are high in calories, so it makes sense to keep an eye on your waistline when going nutty.

The amount of walnuts eaten in the study was about two servings a day — 60 grams, a little over two ounces. That's 392 calories.

ADVERTISEMENT
As with all whole food studies, it's impossible to tell exactly what in the food was responsible for the boost to mood. Walnuts contain vitamin E, folate, omega-3 fatty acids, polyphenols and melatonin, all of which are of interest to nutritionists. Whether they're acting together to boost mood or an entirely different component is responsible remains to be determined.

For Peter Pribis, the message is clear. “Eat more walnuts. This is an easy intervention. They're not only good for your mood, but overall health as well. The recommended amount is one handful per day.”

If you can't eat walnuts for some reason, other studies have found a similar mood boost from eating more fruits and veggies. This one worked for women as well as for men.

The study appeared in a Special Issue on Nutrition in Mental Health of the journal, Nutrients and is freely available. Though the study was supported by the Walnut Commission, the author states that the Commission had no role in the design of the study or in the analysis of its results.