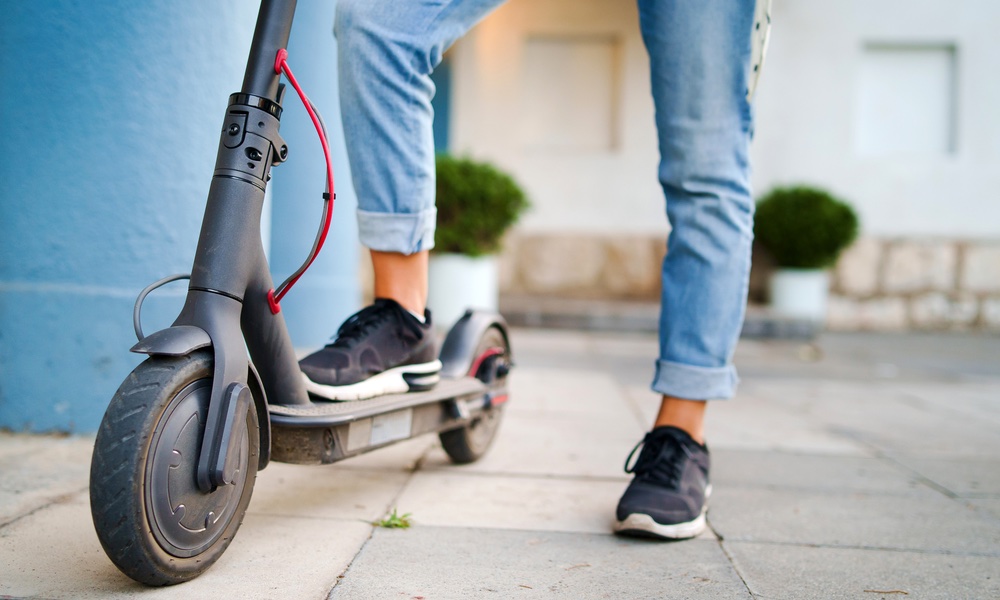 Charlotte LoBuono
Electric scooters are becoming more and more popular, especially in cities. Head and facial injuries -- and surgeries -- are also up. Protect yourself.

Motorized, or stand up, scooters were first introduced in 1915. Today, electronic scooters (e-scooters) continue to gain popularity since their debut about two years ago. These new scooters are marketed as an eco-friendly, cheap mode of transportation. They have become a popular urban transportation option and are widely available for rent worldwide, including in cities all over the U.S.

As the popularity of e-scooters has grown, so have injuries to people using them. A team of researchers decide to look into the types of injuries associated with their use and how things like wearing a helmet and alcohol and substance use affected injury rates.

“We were surprised at the number of severe injuries, requiring either ICU admissions, hospitalizations, or surgical intervention for fractures.”

“Little is known about the public health risk of this newly popular form of transportation,” the researchers write. Their study was designed to address the need for safety data among state and local governments to inform new laws about e-scooter use.
ADVERTISEMENT
The researchers analyzed data from 103 patients admitted to three trauma centers following e-scooter injuries. They studied drug and alcohol use, helmet use, the types of injuries sustained and the procedures required to treat them.

Hospital admissions for e-scooter injuries increased significantly over the 14-month study period. Most patients (65 percent) were young men, and the average age was 37 years old. Almost all (98 percent) were not wearing a helmet at the time of their accident.

Moderate-to-severe injuries were sustained by 42 percent of patients, and one person was critically injured. Most e-scooter injuries were fractures to the extremities, including the legs, ankles, shoulder blades, collarbones and forearms. Surgery was required to treat these injuries in 53 percent of cases.

Facial fractures were the next most common type of injury. Most of these injuries were minor, but six required surgery. One in five patients had an intracranial hemorrhage (bleeding on the brain), but none of these required surgery. Seventeen people sustained a concussion.

Overall, one in three people required surgery to treat their injuries. Although 86 percent of patients were discharged home, six needed long-term nursing care and rehabilitation, and two needed care at home.

ADVERTISEMENT
“We were surprised at the number of severe injuries, requiring either ICU admissions, hospitalizations, or surgical intervention for fractures,” Leslie Kobayashi, lead author on the study, told TheDoctor.

The researchers were also surprised at how frequently patients were found to be intoxicated. Of the 79 percent of patients whose blood alcohol levels were tested, 48 percent were legally drunk, with a blood alcohol level greater than 80 mg/dL. Of the 60 percent who were also screened for drugs, 52 percent tested positive. The most common substance found was tetrahydrocannabinol, the active ingredient in marijuana, followed by amphetamines and methamphetamines.

“People need to approach e-scooters as they would any motor vehicle,” Kobayashi, an associate clinical professor of surgery at the University of California at San Diego, said. Treat them with the respect they deserve: learn how to handle an e-scooter, and don't operate one while impaired in terms of judgment and reaction time.

The study was published in Trauma Surgery & Acute Care Open.