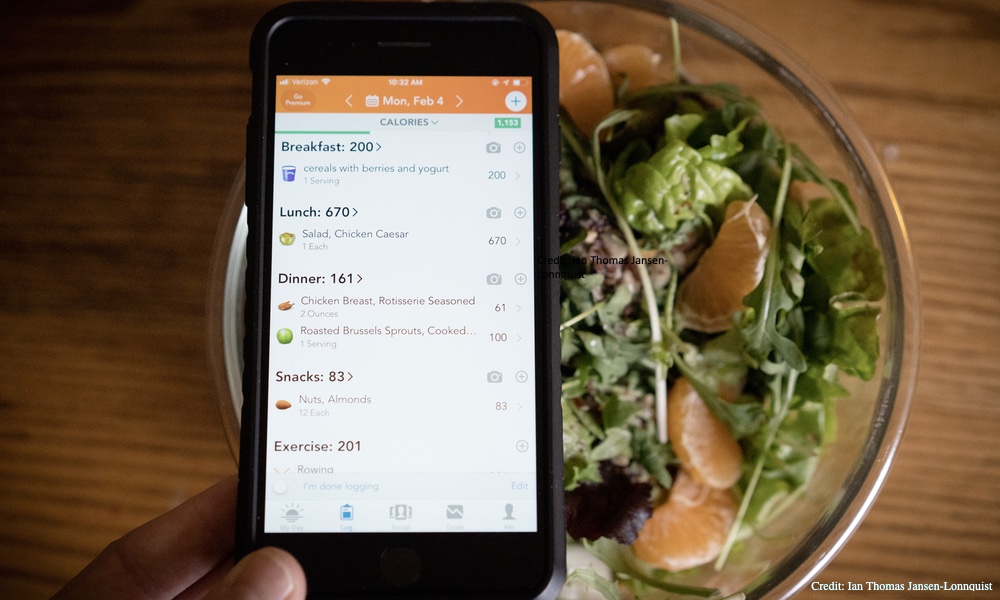 Leslie Carr
Counting calories is a good way to lose weight, but it can be tedious. A quicker approach works better.

The most effective way to lose weight — keeping track of what you eat — seems to be one of the hardest for people to follow. People rebel against what they see as the drudgery of keeping a food journal. But the reality of dietary self-monitoring is far less disagreeable and time-consuming than we tend to think, especially when cell phone apps that do much of the work for us are so readily available.

“It seems to be the act of self-monitoring itself that makes the difference — not the time spent or the details included.”

It can take less than 20 minutes a day to to monitor your food intake well enough to lose weight, researchers at the University of Vermont and the University of South Carolina found in a study that actually measured the time it takes to “write it when you bite it.”
How Much Time Does It Really Take?
ADVERTISEMENT
People hate monitoring and recording calorie and fat intake throughout the day. “[T]hey think it's onerous and awful, but the question we had was: How much time does dietary self-monitoring really take?” Jean Harvey, the lead author of the study, said in a statement. “The answer is, not very much.”

Successful dieters didn't spend a lot of time keeping a detailed record of what they ate, but they did log-in more often than those who were less successful.

Using behavioral weight control intervention available online, the researchers looked at the dietary self-monitoring habits of 142 dieters. People in the study met weekly for 24 weeks in an online group session led by a trained dietician. They also logged their daily food intake online, leaving behind a record of how much time it took them to do so.

Those who lost the most weight — 10 percent of their body weight — averaged only about 23 minutes a day on self-monitoring in the first month of the program. And by the sixth month, they had cut the time to 14.6 minutes. That's pretty do-able for most of us.

ADVERTISEMENT
Log Often, lose More
The best part was that the most effective dieters didn't spend a lot of time keeping a detailed record of what they ate, but they did log-in more often than those who were less successful. “Those who self-monitored three or more times per day, and were consistent day after day, were the most successful,” Harvey said. “It seems to be the act of self-monitoring itself that makes the difference — not the time spent or the details included.”

Nearly 40 percent of American adults were obese in 2015-16, according to the latest federal data, up from 34 percent in 2007-08. People who are obese are more likely to develop chronic diseases like type 2 diabetes, cancer, hyperlipidemia, high blood pressure and cardiovascular disease. For dieters, the study's most important takeaway is probably how it helps prospective weight-losers set goals they can achieve, said Harvey, chair of the Nutrition and Food Sciences Department at the University of Vermont.

Dieters with more realistic expectations are more likely to feel successful and less likely to become discouraged and give up. “We've been able to tell [dieters] that they should exercise 200 minutes per week. But when we asked them to write down all their foods, we could never say how long it would take. Now we can.”

The researchers hope the findings will reassure dieters that using online dietary monitoring apps like LoseIt, Calorie King and My Fitness Pal to record what they eat will take just a few minutes at each meal. And since watching what you eat is so important to successfully losing weight, consistently accomplishing this small task is a powerful first step in cutting calories.

Harvey hopes the study results motivate more people to adopt dietary self-monitoring as a weight-loss strategy. “It's highly effective, and it's not as hard as people think.”

ADVERTISEMENT
The study is published in the journal, Obesity.