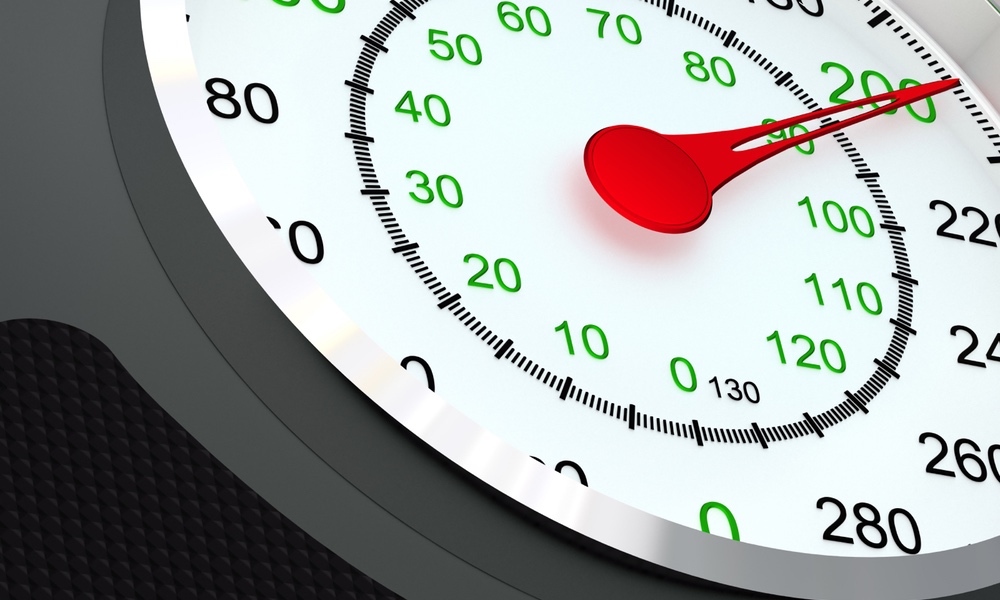 When Diets Stall Out

People who have successfully lost a substantial amount of weight know this: Losing weight is easy compared to keeping weight off, especially since they often feel hungrier after the weight loss than before. A study of appetite pinpoints two biological factors that contribute to intensified feelings of hunger and a sluggish metabolism that makes shedding pounds harder and harder.

Thirty-four obese patients were given top-notch obesity treatment over the course of two years at the Norwegian University of Science and Technology. They were admitted to the center for three weeks where they exercised regularly, received nutrition education, met with psychologists and had to undergo several tests. This was repeated every six months.

Obesity needs to be treated like any other chronic disease. Dieters should receive regular assistance and follow-up to help prevent weight regain.

The typical patient weighed about 275 pounds at the beginning of the study. After two years, the participants had lost an average of 24 pounds, but even two years later they all complained of being hungrier than they were at the beginning of the program.
ADVERTISEMENT
Most people can lose weight on their own with enough effort and motivation, but keeping that weight off is a feat few can accomplish. In fact, only about 20 percent of people are successful.

There are two factors based in human biology that favor regained weight — the hormone ghrelin and the survival mechanisms that prompt the body to use less energy when deprived of food.

Ghrelin is a hormone produced mainly in the stomach. Its job is to tell us to eat. After weight loss, the stomach increases the production of ghrelin, causing those uncomfortable hunger pangs. And, unfortunately, the level of the hormone does not adjust with time. The study found that ghrelin levels remained high in the participants for the entire two years of the study.

Obese people require more calories for basic body functions, and when they lose weight, fewer calories are needed. But in some, the body goes into energy-saving mode, using fewer calories as a means of survival. It wants that lost weight back, just in case it's needed. So people who lose weight require fewer calories to maintain their lighter bodies, but they feel hungrier because the body is trying to recover the lost weight. It’s a dilemma commonly seen after substantial weight loss.

Combine these biological factors with the fact that we naturally lose motivation over time, especially as we struggle with feeling deprived, change our exercise and eating routines, and it’s easy to see how difficult it is to sustain the weight loss.

ADVERTISEMENT
“Obesity is a daily struggle for the rest of one's life. We have to stop treating it as a short-term illness by giving patients some support and help, and then just letting them fend for themselves,” Catia Martins, one of the researchers and an associate professor at the Norwegian University of Science and Technology, said.

Martins believes people with obesity need to be treated like people with any other chronic disease, receiving regular assistance and follow-up to help prevent weight regain. Otherwise, maintaining weight loss is very difficult.

Knowing the biological roadblocks your body naturally sets up to maintain itself can help you understand what you are up against if you find yourself discouraged by weight loss that has stalled. Take a walk. Treat yourself to something new and flattering to wear. You may want to look for support groups in your community. Your health is worth the effort.

The study is published in the American Journal of Physiology, Endocrinology and Metabolism.