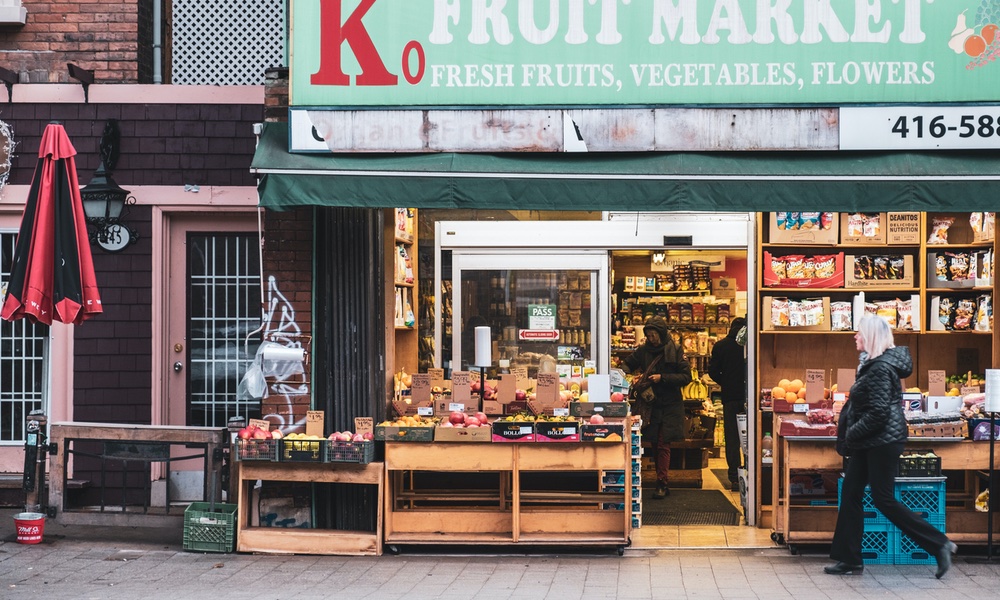 How many places are there to buy food in your neighborhood, and what kind of food choices do they offer? The types of food outlets in your area — supermarkets, delis, small grocery stores, convenience stores — and the kinds of food they sell can have a big effect on your child’s weight over time.

Childhood obesity affects nearly 14 million children and teens in the United States. Certain populations such as Hispanics and non-Hispanic blacks, especially those in low-income families, are disproportionately affected. The food environment in low-income neighborhoods tends to offer less access to fresh fruits and vegetables and more opportunities to grab packaged convenience foods such as snack foods, processed foods and sugar-sweetened drinks.

If additional convenience stores were built within a mile of child’s home, the likelihood of a child having a higher body mass index increased by 12 percent.

Changes in the number of large and small grocery stores, convenience stores, pharmacies, full-service restaurants and limited service restaurants at different distances around children’s homes over time were the subject of a study by researchers at Rutgers University’s Center for State Health Policy and Arizona State University’s College of Health Solutions.
ADVERTISEMENT
Researchers followed two groups of children three to 15 years old. All were from low-income, ethnic or racial minority populations in New Jersey cities known for policy and environmental changes directed toward the prevention of childhood obesity. One group of kids was studied from 2009-10 to 2014-15 and another group from 2014 to 2016-17.

The children’s exposure to changes in the food environment in each city was looked at monthly. In addition to changes in food outlets, the researchers monitored store openings and closings, the relocation of families from one area of the city to another and enhancements to convenience stores that participated in “healthy corner store” initiatives.

For the purpose of the study, a small grocery store was defined as one that sold a specific selection of healthy foods like fruits, vegetables, lower fat milk and fresh or frozen meat, items not typically found in a standard convenience store that sells mostly processed, packaged, unhealthy foods. The absence or presence of larger grocery stores, restaurants or pharmacies did not result in any changes to children’s weight.

“Childhood obesity has a complex [mix of causes]. In this study we found that community food environment, particularly small neighborhood stores, can significantly influence children's weight status. Our findings are useful for designing future interventions and public policies,” said Punam Ohri-Vachaspati of Arizona State University, in a statement.

ADVERTISEMENT
Community initiatives aimed at improving the nutritional quality of foods offered at convenience stores equivalent to what is typically found in a small grocery store may be a step in the right direction toward improving the weight status of children who live near those stores.