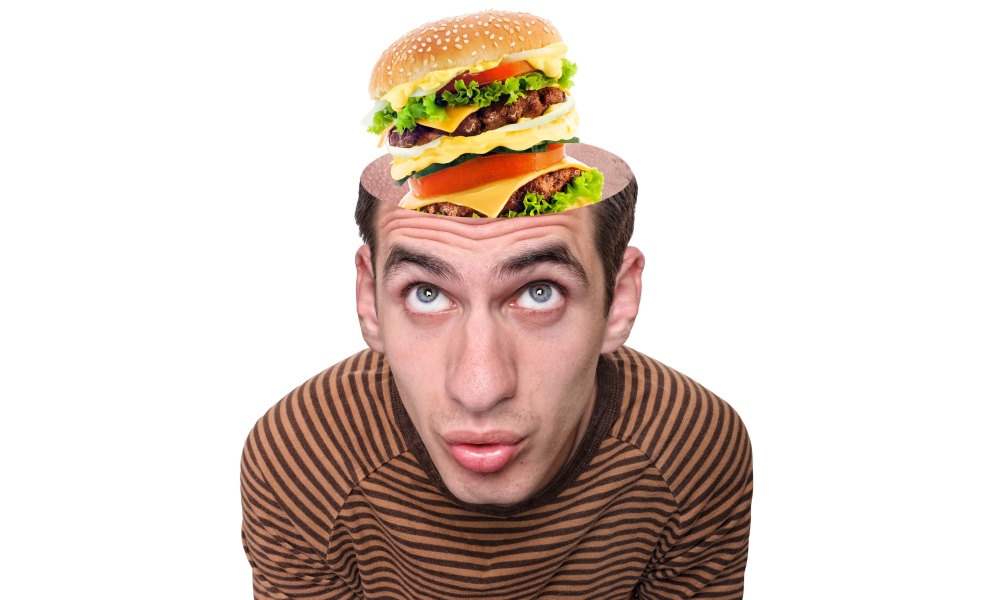 Can Junk Food Rewire The Brain?

Alice G. Walton
Too much junk food may wire the brain for unhealthy choices. But you can change this.

You are what you eat or at least it's starting to look like your brain is more deeply affected by the foods you put into your body than you might expect.

In recent years, many studies highlighted the kinds of brain changes that junk food may bring about. Researchers and the public have even wondered if food itself can be considered an addiction.

Eating junk food may change our responses to signals associated with food rewards.

Some scientists have suggested that junk food may have qualities that make it particularly addictive, that it is in fact designed to create craving. Two new studies add some interesting new information to the story.
ADVERTISEMENT
The first finds that at least part of the reason that junk food seems so addictive is that it appears to shut down a person’s drive to eat a wider variety of foods. Luckily, the second study shows that these changes are reversible.
You Can't Eat Just One

Normally, humans and other animals temporarily “overdose” on a food if we eat enough of it — eat a plate of fries, for example, and you probably won’t want to see one again for a few weeks. But in the new study, from the School of Medical Sciences, UNSW Australia, the team found that this response may be sensitive to the types of foods you’re eating in the first place.

At least part of the reason that junk food seems so addictive is that it appears to shut down a person’s drive to eat a wider variety of foods.

The researchers conditioned rats being fed a normal diet to respond to two tones — one for grape-flavored sugar water and one for cherry-flavored sugar water. Rats eating healthy diets, as you would expect, stopped responding to the tone for the flavor that they’d had a lot of, instead preferring to mix it up.
ADVERTISEMENT
Not so with junk food-eating rats. This group was given what researchers called “cafeteria food” — cake, cookies, pies, and dumplings — for two weeks. Not only did the rats’ weight increase by 10%, but they stopped avoiding the tone that indicated the flavor they’d overindulged in. In human terms, this would be equivalent to our eating a plate of fries for lunch and then doing it all over again for dinner.

“The interesting thing about this finding is that if the same thing happens in humans, eating junk food may change our responses to signals associated with food rewards,” said researcher Margaret Morris in a statement. “It's like you've just had ice cream for lunch, yet you still go and eat more when you hear the ice cream van come by.”

But these food responses can change, a second study shows, and junk food's influence can be overcome when a person chooses other, healthier foods. This is what happens normally in daily life: we can eat a plate of fries, but because we will likely have something healthier for our next meal, the craving doesn't really take hold.

This is because even though junk food cravings are “wired” into the brain to some degree, the mechanisms are changeable depending on what we’re exposed to over time, and the choices we make.

We don't start out in life loving French fries and hating, for example, whole wheat pasta.

Tufts University researchers looked at the brains of obese people before and six months after weight loss surgery, using magnetic resonance imaging (MRI).
A Brain (and Body) Change for the Better
After six months their brain areas involved in addiction and craving were measurably changed. They responded more strongly to healthier, lower-calorie foods and were less attracted to junk foods.

These brain changes were in part due to the lifestyle changes the participants had undergone after the surgery, the authors suspect, not just the surgery itself. Patients became better educated about healthy food choices, eating more low-glycemic and high-fiber food.

It's even likely healthy foods will become the more appealing option over time.

The authors are encouraged by the results, since they strongly suggest that the effects of junk food are reversible.

“We don't start out in life loving French fries and hating, for example, whole wheat pasta,” study author Susan B. Roberts said in a press release. “This conditioning happens over time in response to eating — repeatedly! — what is out there in the toxic food environment.”

So if you’ve been on a junk food bender recently, don’t worry — you haven’t permanently wired your brain for the bad stuff. With some healthier choices — and a little self control — you can change it back. It's even likely healthy foods will become the more appealing option over time.

The first study is published in Frontiers in Psychology; the second in Nutrition & Diabetes.