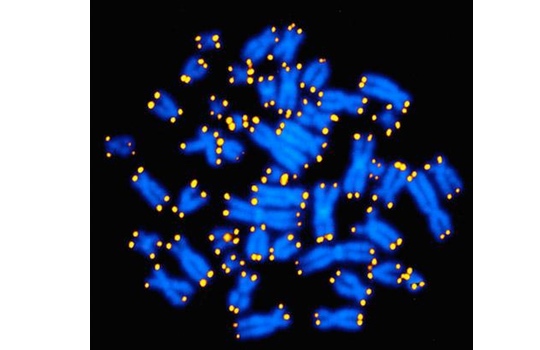 Telomeres, tips at the ends of chromosomes, shorten with each cell replication, and reflect the cellular aging process. People with PTSD had shorter telomeres.

“This is the first study of its type to link PTSD, a psychological disorder with no established genetic basis, which is caused by external, traumatic stress, with long-term, systemic effects on a basic biological process such as aging,” senior author, Dilip V. Jeste, said in a press release.
ADVERTISEMENT
“These findings do not speak to whether accelerated aging is specific to PTSD, but they do argue the need to re-conceptualize PTSD as something more than a mental illness,” added first author James B. Lohr, a professor of psychiatry at the University of California San Diego.