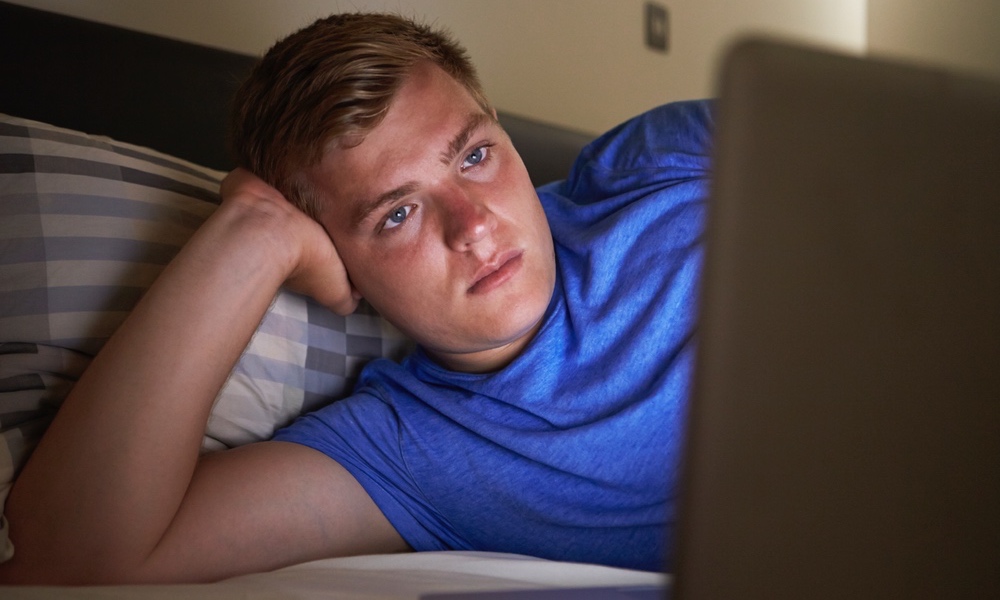 Leslie Carr
Spending more time looking at others' online lives than connecting with people face-to-face can leave you depressed and lonely.

Social media sites such as Facebook, Snapchat or Instagram give those who use them a chance to connect with others, sharing posts about everything from pets, kids, homes and gardens to news about political candidates and human rights abuses.

The sites can also leave users feeling depressed and lonely, according to the findings of a University of Pennsylvania study.

People usually emphasize things that they're proud of or that make them look good when they post photos and personal news on these platforms — flattering or funny selfies, travel photos of memorable sights and scenery, parties and celebrations, the triumphs of sons and daughters or just cute puppies and babies. Personal disappointments and difficulties rarely make an appearance.

If you've been feeling low and finding that you are spending more time looking at others' online lives instead of living your own, try limiting your screen time.

Reading these posts of special moments and comparing your daily life to such singular events can make people feel inferior. “…[T]here's an enormous amount of social comparison that happens. When you look at other people's lives, particularly on Instagram, it's easy to conclude that everyone else's life is cooler or better than yours,” explained researcher, Melissa G. Hunt, in a statement.
ADVERTISEMENT
Revealing Phone Usage Data
To study the effect these platforms have on mental health, researchers collected objective usage data automatically. “We set out to do a much more comprehensive, rigorous study that was also more ecologically valid,” said Hunt, associate director of clinical training in Penn's Psychology Department.

The team used surveys to measure participants' mood and well-being. They established the baseline of each person's use of social media by collecting the usage data iPhones automatically track for active apps. This gave them a way to measure social media use that didn't rely on self-reports, which can be unreliable.

Next, people in the study were randomly assigned to either a control group, which had users maintain their typical social-media behavior, or to an experimental group that limited time on Facebook, Snapchat and Instagram to 10 minutes per platform per day.

For the next three weeks, participants shared iPhone battery screenshots to give the researchers tallies of their time on social media sites. Hunt then looked at each person's social media use in relation to several outcomes, including fear of missing out, anxiety, depression and loneliness.

People forced to limit their social media use were generally happier than those whose use was unrestricted. They were not as lonely or depressed. “Here's the bottom line,”said Hunt. “Using less social media than you normally would leads to significant decreases in both depression and loneliness. These effects are particularly pronounced for folks who were more depressed when they came into the study.”

ADVERTISEMENT
Risks and Benefits
“It is a little ironic that reducing your use of social media actually makes you feel less lonely,” Hunt said. The results suggest that it is the social comparison that kicks in when we look at happy photos of others that triggers the harm social media sites can do.

Social media sites offer risks and benefits. The findings don't mean that 18- to 22-year-olds should stop using social media altogether. Yes, social media can bring you down, but it also offers a way to relieve social isolation, particularly among those who may have trouble getting out and about.

You are the authority when it comes to finding the best way to enjoy social media and avoid its pitfalls. If you've been feeling low and finding that you are spending more time than you planned looking at others' online lives instead of living your own, take it as a sign that you should try limiting your screen time.

“When you're not busy getting sucked into clickbait social media, you're actually spending more time on things that are more likely to make you feel better about your life,” says Hunt, adding that the goal is to learn to use social media sites to your advantage; don't let them use you. “In general, I would say, put your phone down and be with the people in your life.”

The study is published in the Journal of Social and Clinical Psychology.