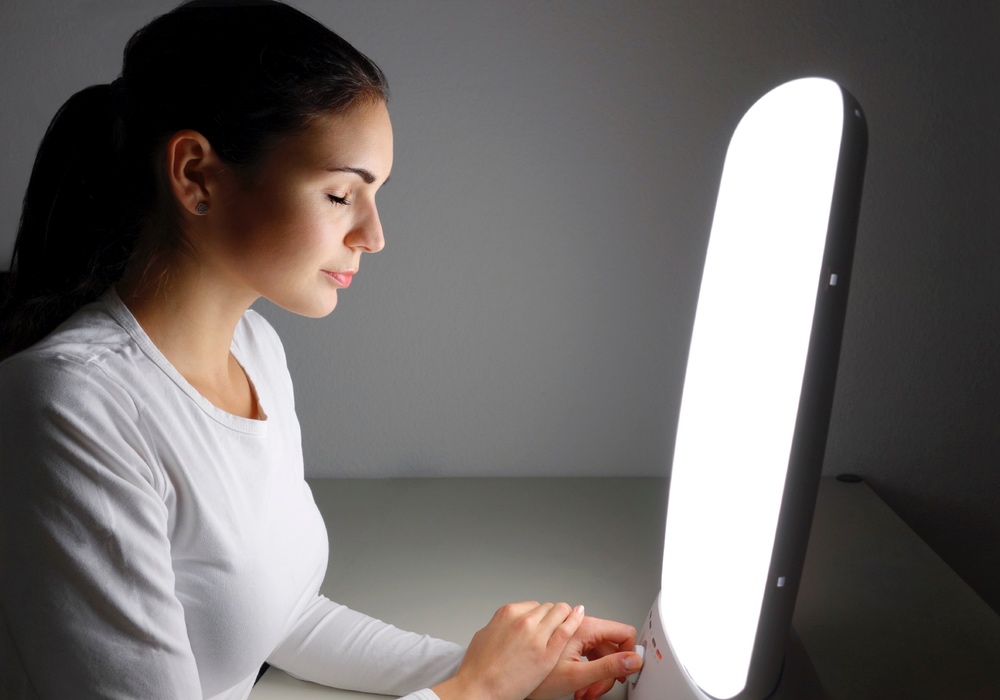 A New Light on Depression

Depression can be difficult to treat, and it may be recurrent or treatment-resistant in some individuals. So researchers are always looking for new and more effective ways to treat this mood disorder.

Light therapy, in which a person spends time in front of a light box that exposes them to a spectrum of white light duplicating that of the sun, is a form of treatment that has only been used for people diagnosed with seasonal affective disorder (SAD), a type of depression affecting people during the winter months.
ADVERTISEMENT
Now Canadian researchers have found that light therapy can help people with depression that is not seasonally-related as well.

The researchers recruited 122 patients with depression from several outpatient clinics. Patients were placed into one of four groups, each of which was treated with some combination of the antidepressant fluoxetine (Prozac), or a placebo (sugar pill) and either a therapeutic light box or sham light box.

The light box and sham box instructions given to the patients required a daily exposure for 30 minutes as soon as possible after they awakened, preferably between 7 and 8 am.

The severity of patients' depression, both initially and over the course of the study, was assessed by telephone interviews, one-on-one evaluations by psychiatrists, and self-rating questionnaires completed by the patients.

When patients were evaluated at 4, 6, and 8 weeks of treatment, those receiving the combination of light therapy and antidepressant medication showed the greatest reduction in depression. Those who received light therapy alone also showed significant improvement.

ADVERTISEMENT
The researchers concluded that compared to placebo treatment, light therapy and combination light and medication therapy showed marked improvement in depression rating scores. At the end of the eight-week study period, 58.6% of patients in the combination group had achieved remission of their symptoms and almost 44% of those who received light therapy alone (with a placebo antidepressant pill) had achieved remission, compared to 19% in the medication alone and 30% in the placebo group. There were no differences in side effects reported among the four groups of participants.

Surprisingly, medication alone was not shown to be superior to placebo. The researchers suggest that the small size of the study group and the relatively short length of the study may have created an inaccurate impression of the impact of drug therapy alone.

Scientists are still not sure why light has a positive effect on depression. It has been suggested that the light resynchronizes the body's circadian rhythms and/or restores malfunctioning neurotransmitter systems. Other studies have suggested that bright light may act similarly to antidepressants on the neurochemical circuits that impact mood regulation.

This study, although small, opens the door to much more research and treatment potential. The impact of changing the doses and duration of light, as well as altering the doses and classes of antidepressant drugs, could all be investigated. Dosing recommendations could potentially be raised to achieve optimum impact without adding side effects.

People struggling with depression are encouraged to seek professional help in managing their symptoms and may want to ask their health care providers about the potential role of adding light therapy to their treatment regimens.

ADVERTISEMENT
The study is published in JAMA Psychiatry.