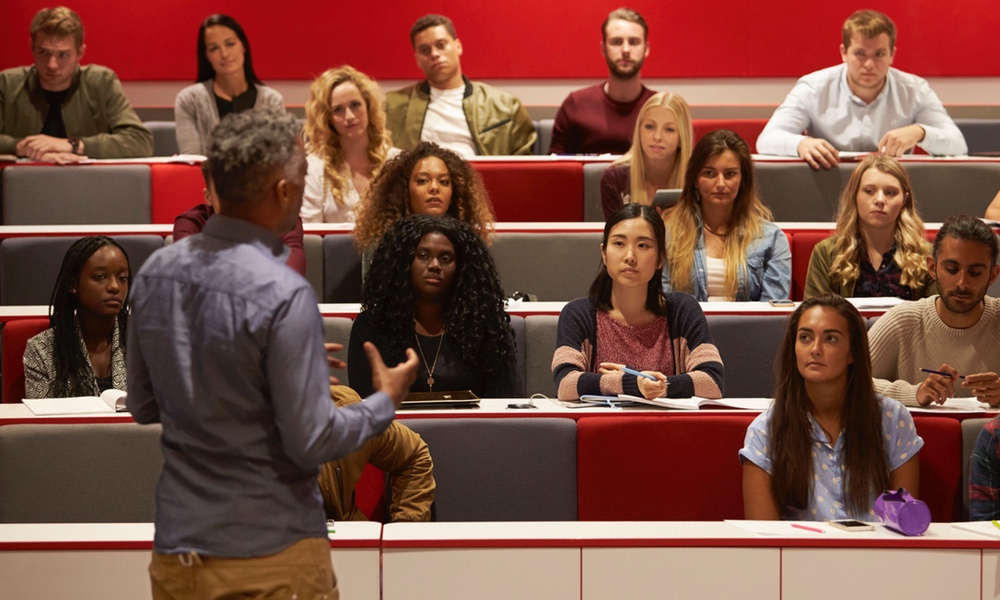 A mediocre white male student has twice the chance of attaining a STEM degree as a Black man or white woman with the same grades.

A degree in science, technology, engineering or mathematics — STEM subjects — can be a ticket to a productive and profitable career. But introductory STEM courses are often intentionally tough. They are used to weed out those who would be ultimately unsuccessful in earning a STEM degree.

These so-called gatekeeper classes appear, however, to make disparities in STEM education worse, a Pennsylvania State University study finds. Yes, students receiving low grades in introductory STEM courses have a decreased likelihood of earning a STEM degree, but not all students are affected equally. Women and minorities are less likely to go on to earn STEM degrees than white males with the same low grades.

Researchers analyzed the academic records of 110,000 students enrolled in six large universities over a seven-year period, in part because the schools all had a strong focus on research.
ADVERTISEMENT
The study focused on students’ performance in introductory courses in STEM fields. The researchers controlled for participants’ academic preparation in high school and their intention to major in STEM and earn a STEM degree so that all students started on roughly the same footing.

Not only do disparities between minority students and white students in STEM education have negative implications for racial diversity within STEM professions, they impact the scope of research and innovation in these fields.

Women and minorities frequently begin their STEM studies at a disadvantage, often because of variables important to student success which are not on the radar of STEM faculty. Nathanial Brown, lead author of the study, cited factors like confidence, students’ sense of self-efficacy or the feeling they can become successful in these classes, and whether they see representation among the faculty and others who are successful in STEM fields as examples of the subtle variables that can disadvantage women and minorities.

That’s why racial and gender equity must be a consideration in efforts to redesign introductory courses, Brown, a professor of mathematics at Penn State, told TheDoctor.

ADVERTISEMENT
Teaching methods play a role, too. Professors often use traditional methods like lectures, Brown said, rather than using group learning practices that promote dialogue and problem solving, and according to research, build engagement and community among students. For example, calculus classes are taught using a traditional lecture model. This model tends not to optimize student outcomes in general or among underrepresented minorities.

“When a white man who got through introductory courses has a 48 percent chance of getting a STEM degree, but an otherwise comparable Black woman has only a 28 percent chance, that’s surprising.”

“As STEM faculty, I think we can improve STEM education if we took training in teaching seriously because that is a place where we do not get experience in graduate school,” said Brown.

The size of these disparities was what surprised the researchers the most. “When a white man who got through introductory courses has a 48 percent chance of getting a STEM degree, but an otherwise comparable Black woman who also got through them has only a 28 percent chance, that’s surprising,” said Brown.

ADVERTISEMENT
Because the current study was restricted to large universities, the researchers said future studies could include a more representative sample of colleges and universities. Work could also be done looking at how student outcomes differ according to their intended STEM major.

The study is published in PNAS Nexus.