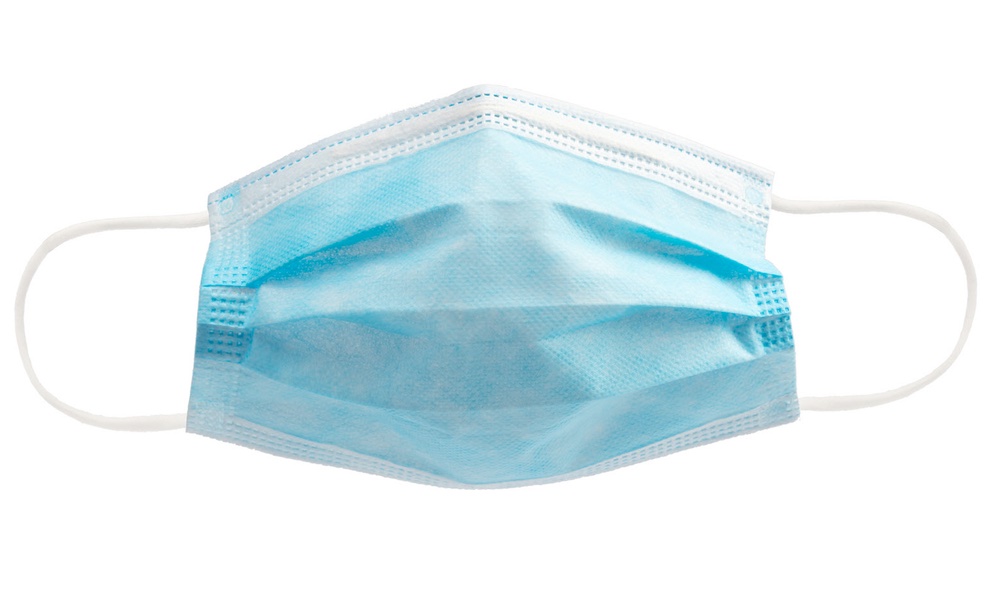 The daily infection and death rates of the COVID-19 virus may have dropped, but there is another number that needs to be addressed to slow the pandemic: the rate of reproduction of the virus. The “R” number, as it is called, is the average number of people who will be infected by an individual with COVID-19. This number needs to stay below 1.0 to effectively slow the virus' spread.

The best way to keep the “R” number low and contain transmission is to wear a mask, according to two studies published recently — a British research report showing how mask use lowers the reproduction rate of the novel coronavirus and a Texas A & M study that looked at person-to-person transmission.

Bringing Down the “R” Number
When people in an area wear masks that are 75 percent effective, the UK study found, it can bring a very high “R” number of 4.0 down to under 1.0, even without lockdowns. The R number for over half the counties in the United States was 5 or under, as of June 11, though in some states, such as Texas, it was over 7.
ADVERTISEMENT

“…[M]asks have a role to play in reducing the spread of coronavirus, especially if more people wear them,” the lead author of the University of Cambridge study, Richard Stutt, told TheDoctor, adding, “masks can provide significant benefits even if they are not perfect.”

“From the start of this week, [June 7] the use of face masks on public transport in the UK has become mandatory,” Strutt said. “Previously, only healthcare professionals in a hospital setting would routinely wear masks. Our research indicates that the earlier people start wearing masks, and the more people wear masks, the greater the benefits.”

The study found that if people wear masks whenever they are in public it is twice as effective at reducing the “R” number than if masks are only worn after symptoms appear. Even homemade cloth masks are useful, a point that is particularly important when factoring in the need for poorer, developing nations to take part in mask wearing. In all the modelling scenarios, routine face mask use by half or more of the population reduced COVID-19 spread to an ‘R’ below 1.0.

Yet one prickly point in the modeling is that predicting the effects of face touching due to mask wearing can be more problematic. “Mask wearers may be at increased risk from contaminated surfaces if they touch their face more often due to periodically adjusting their mask,” said Stutt, a Post Doctoral Research Associate with the Epidemiology and Modeling Group, Department of Plant Sciences at Cambridge. ”There isn't any solid evidence that this risk is significant, as far as I'm aware, but we thought it was worth addressing potential downsides to mask use and figuring out how strong this effect would need to be to possibly make wearing a mask a bad idea.”

Not wearing a face mask dramatically increases a person's chances of being infected by SARS Co-V-2.

The University of Cambridge and University of Greenwich, Chatham researchers examined a hypothetical situation in which mask wearers became infected through contaminated surfaces at either twice or four times the rate of non-mask wearers. Even in this extreme scenario, the likely outcome would be that the total number of cases is reduced, Stutt says.

As more people donned masks in public in the UK, reaching 100 percent, the spread of the virus was reduced further. This made further disease resurgence less likely, even in the face of easing restrictions. If an entire population adopts the use of face masks, this can still prevent a second wave of the virus, the researchers found, even if the self-quarantine is initiated four months after an epidemic (100 cases) begins.

The UK researchers also investigated the varying effectiveness of different types of face masks. Surgical masks can be extremely effective especially when keeping someone from becoming infected, as historically proven by the role of the surgeon in wearing one. Even homemade masks made from cotton t-shirts can prove 90 percent effective at halting transmission. Such crude homemade masks primarily reduce disease spread by catching the wearer's own virus particles exhaled into the fabric, while inhaled air often includes the air around the sides of the mask.

On the other side of the pond, a team of researchers from Texas A&M University, California Institute of Technology and the University of California, San Diego found that not wearing a face mask dramatically increases a person's chances of being infected by SARS Co-V-2. “Our results clearly show that airborne transmission via respiratory aerosols represents the dominant route for the spread of COVID-19,” said researcher Renyi Zhang, Texas A&M Distinguished Professor of Atmospheric Sciences and the Harold J. Haynes Chair in the College of Geosciences, in a statement. “…[W]e calculated that over 66,000 infections were prevented by using a face mask in little over a month in New York City. We conclude that wearing a face mask in public corresponds to the most effective means to prevent inter-human transmission.”

“…[W]e calculated that over 66,000 infections were prevented by using a face mask in little over a month in New York City. ”

“Our study establishes very clearly that using a face mask is not only useful to prevent infected coughing droplets from reaching uninfected persons, but is also crucial for these uninfected persons to avoid breathing the minute atmospheric particles (aerosols) that infected people emit when talking and that can remain in the atmosphere tens of minutes and can travel tens of feet,” said another of the co-authors of the PNAS paper, Mario Molina, a professor at the University of California-San Diego and a co-recipient of the 1995 Nobel Prize in Chemistry, in a statement.

As cities, towns and states ease restrictions, wearing a mask is likely to become even more important. “This inexpensive practice, in conjunction with social distancing and other procedures, is the most likely opportunity to stop the COVID-19 pandemic,” Zhang added.

Additional reporting on the study published in PNAS was contributed by Leslie Carr.