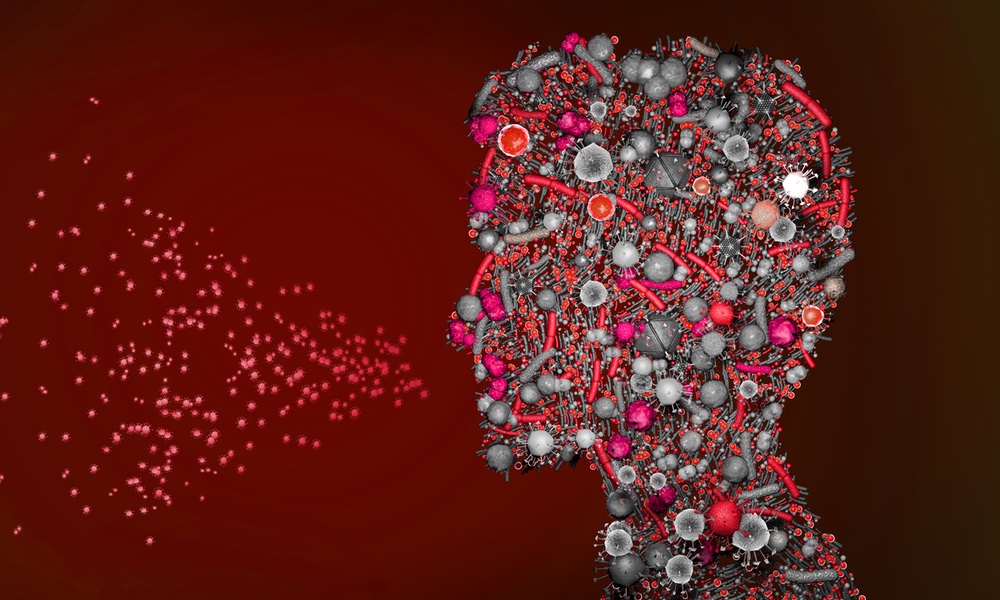 Perhaps you have seen people out on the street or in grocery stores without a mask, despite the current U.S. Centers for Disease Control and Prevention (CDC) recommendations that anyone over the age of two should wear a mask or face covering in public to prevent COVID-19 transmission.

It may be that those not wearing masks do not understand how easily and how far airborne viruses like SARS-CoV-2 spread. A team of researchers has now provided visual evidence of distant droplet spread that may get their attention.

“We were surprised that so many large particles remained airborne for many minutes after evaporating,”

Using a technique called laser light scattering that makes the droplets emitted during speech visible, the researchers, Valentyn Stadnytskyi, Christina Bax, Adriaan Ba, and Philip Anfinrud, had participants repeat the phrase “stay healthy” in an enclosed environment.
ADVERTISEMENT
They chose this phrase because the “th” sound in the word healthy was an efficient generator of the droplets.

Repeating “stay healthy” three times produced many droplets ranging in size from 20 to 500 microns. But when the same phrase was said three times with a damp washcloth over the speaker’s mouth, almost no droplets could be seen.

In their next study, the researchers estimated the number and size of the droplets that remained airborne in the first experiment. Repetitive speech generated about 2, 600 droplets per second.

“We were surprised that so many large particles remained airborne for many minutes after evaporating,” the researchers, from the National Institutes of Health and the University of Pennsylvania, said. The speech droplets lingered in the air for about eight to 14 seconds.

ADVERTISEMENT
If the findings are correct, speech droplets contain about seven million copies of the coronavirus per milliliter. So the researchers estimated that one minute of speaking could generate more than 1,000 droplets per second that contain the virus. Since these droplets remain airborne for eight minutes or more, speaking with others in a crowded, enclosed place significantly increases the risk of virus transmission.

Speech droplets contain about seven million copies of the coronavirus per milliliter.

“Our findings support the CDC recommendations about wearing masks and face coverings,” the researchers told TheDoctor in an email. Now to convince the mask-less person cruising the aisles of your local store.

The work was published initially as a letter in the New England Journal of Medicine. The study is published in the Proceedings of the National Academy of Sciences.