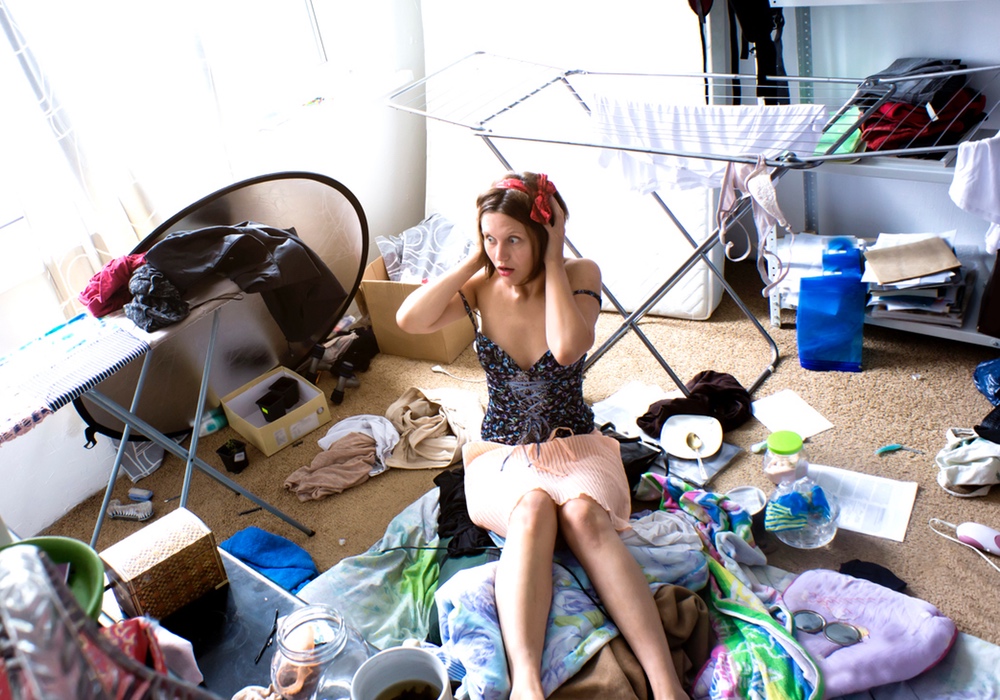 A Novel Way to De-Clutter

Neil Wagner
Are you holding on to too much stuff? Here's a way to honor sentimental items of clothing or toys without succumbing to clutter.

If you find it hard to part with certain belongings — your grown children's preschool artwork, your favorite clothing from college or your favorite aunt's fur stole — and your house is starting to seem like an attic or secondhand store, this one's for you. Researchers may have found just what you need to ease the pain of parting with mementos of your past that are taking up way too much space.

It's probably the memories that you want, not the items themselves, so just take a photograph of them. Pictures take up a lot less room than old books or clothing do.

For many of the mementos we amass during our lives, a photo may make it easier to say goodbye.

Study lead author, Karen Winterich, understands the problem.
ADVERTISEMENT
“The project got started when I realized I was keeping an old pair of basketball shorts just because they reminded me of beating a major rival basketball team in junior high,” Winterich said. “I didn't want the shorts — I wanted the memory of winning that game and that's what I thought of when I saw the shorts. A picture can easily mark that memory for me, and I can donate it so someone else can use it, which is even better.”

Winterich, a research fellow and Associate Professor of Marketing at the Pennsylvania State University, and colleagues then set out to see if other people felt the same way. They conducted a field study of 797 students living in six residence halls on the campus of Penn State. Late in the fall semester, they advertised a donation drive, with all donations going to the local Goodwill. In three of the halls, signs were posted in the bathrooms advertising the drive as a good way to de-clutter. In the other three halls, the signs also advised students to keep a photo of the items they were donating. Similar numbers of students were exposed to each sign.

When students were encouraged to keep a picture, donations rose about 15%.

Everyone has had the experience of wondering why a spouse, friend or family member chooses to hold onto items that seem to have no use at all. What they fail to understand is that these possessions form part of the person's identity, which is why they're so reluctant to part with them. Giving them up means losing a little bit of themselves.

This was partially borne out by further studies. For example, in one, people who were donating to their local thrift shop were asked to point out an item they were donating that was meaningful to them. The shop took a picture of the item for half of the donors and gave it to the person. Donors who received a picture reported feeling less identity loss than the other donors did.

ADVERTISEMENT
There's probably a limit to what people are willing to give away, the researchers caution. Photo or no photo, many people will not want to part with items with extremely high sentimental value, such as a wedding dress. And photos also won't work on possessions being saved for their monetary value. But for many of the mementos we amass during our lives, a photo may make it easier to say goodbye. This could be good news for charities, many of which rely heavily on donated items.

The research appears in the Journal of Marketing.