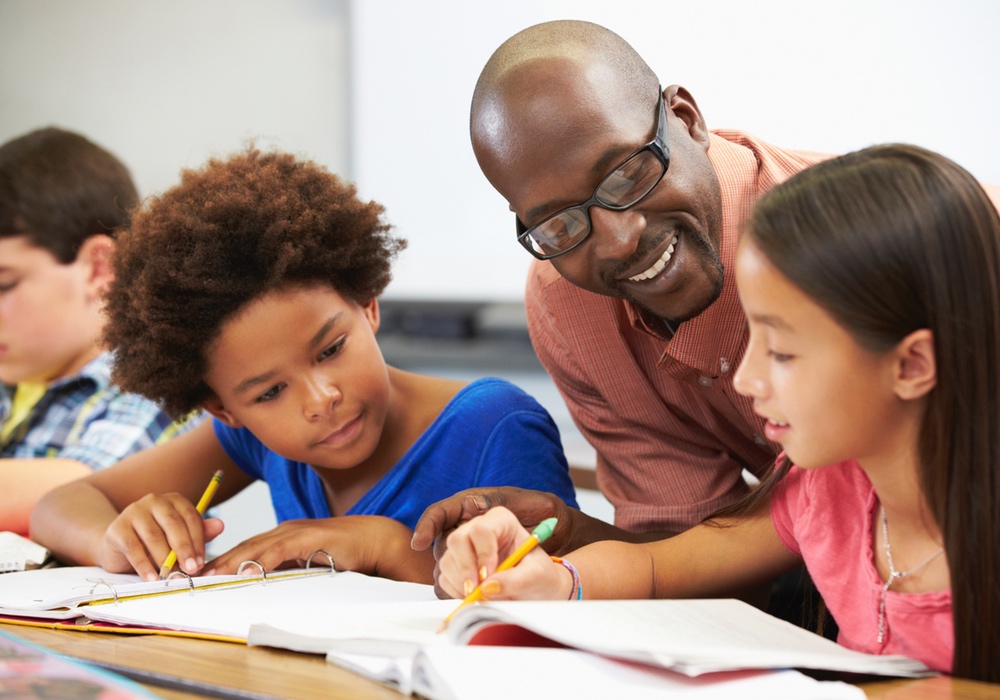 Better Schools, At No Cost

Alice G. Walton
Enrichment doesn't have to cost money. Trusting, deep relationships at school can have a big academic impact.

A few months ago, a news clip of a public school teacher giving each of his students a specific (and complicated) handshake as they entered their classroom in the morning went viral. The kids’ faces and moods seemed to rise after they each had their turns — it’s the kind personal student-teacher exchange that makes kids want to come to school each day.

Schools in wealthy districts have advantages when it comes to test scores, but “social capital” — the richness and overall quality of the social interactions among students, teachers and parents — in a given school can have as great an effect as wealth when it comes to achievement on standardized tests, according to a recent study. Not only is social capital much more easily available and effective than was previously thought, it doesn't cost a penny.

“The involvement of parents and community members in support of student and school success matters to children’s learning.”

“The results provide some good news” for schools in poorer neighborhoods, said study author, Roger Goddard, in a news release. “Social capital is available to all schools, regardless of wealth, and can provide real benefits for student achievement.” Social capital had been seen as simply a marker of the wealth of the community, and that lower-income schools weren’t likely to have much of it — but his study finds that this isn’t true at all.
ADVERTISEMENT
To measure the relationship between social capital and achievement, the researchers first queried teachers from 96 public high schools. They asked them how much contact they had with parents, whether they trusted their students, and how much parents were involved and offered support in their kids’ education. For each school, the researchers calculated a score for social capital. They correlated this score with how well kids did on state reading and math tests, after adjusting for variables like socioeconomic status, location and size of the school, and how kids had done on previous tests.

They found that social capital was a very strong predictor of test scores — and this was true for all socioeconomic levels, from high-poverty areas to wealthier areas.

The findings are encouraging news for schools struggling to raise academic achievement with reduced funding. If teachers and administrators put effort into developing the social and emotional bonds between students, and between students and teachers and administrators and parents, it may pay off as well — or better — than spending money on other variables that might help test scores.

Yes, students in wealthier schools did have advantages, but the study found social capital provides a huge opportunity for growth in achievement. And it suggests that, in contrast to what was previously believed, social capital is very much available to schools in low-income communities. YouTube videos and scientific studies alike attest to this fact.

“This suggests that a student’s success isn’t just based on the wealth of his or her neighborhood,” Goddard said. “The involvement of parents and community members in support of student and school success matters to children’s learning.”

ADVERTISEMENT
The study was carried out at The Ohio State University and published in Teachers College Record.
ADVERTISEMENT