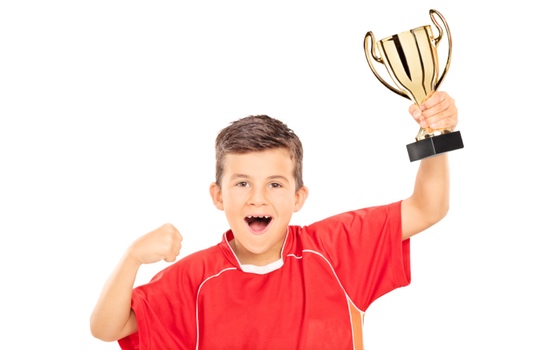 Not So Happy for You: Why Bragging Can Backfire

Neil Wagner
Self-promotion is everywhere. But its rewards are less certain than braggarts might think.

It's been said that there's no such thing as bad publicity, and this may be true for movie stars. But your posts on Facebook about new cars and job promotions are not always well-received by their intended audience.

Self-promotion — bragging about your successes, achievements or possessions — can easily backfire, and worse, people who engage in self-promotion often have no clue about how irritating it is to others. These are the findings of a study by American, British, and Italian researchers.

The team was trying to pin down reasons for the seemingly endless amount of self-promotion in today's world. They began the study thinking that one cause was lack of perspective on the promoter's part: Just because they are overjoyed by their successes or possessions, they expect everyone else to feel the same way. Their three experiments tend to bear this out.

People who engage in self-promotion often have no clue about how irritating it is to other people.

All three experiments were performed with Amazon Mechanical Turk workers. In the first experiment, 131 workers were split into two groups. Half were asked to describe a situation where they had bragged, half a situation where they had been bragged to. All were asked to describe their emotions and guess at the emotions of their counterparts.
ADVERTISEMENT

The braggers were nearly five times as likely to report positive emotions such as pride or happiness (66% vs. 14%) as non-braggers. They also thought that the people viewing their self-promoting posts or brags were more than twice as likely to experience a positive emotion than they actually were (37% to 14%).

A similar pattern emerged when they were asked about their negative emotions and how likely a listener was to experience those.

A second experiment was like the first, but instead of asking people to describe their own emotions, this one asked specifically about the seven emotions most commonly named in the first experiment: pride, annoyance, happiness, inferiority, jealousy, upset and anger.

The words that came up most often? Pride, annoyance, happiness, inferiority, jealousy, upset and anger.

The third experiment was designed to ensure that self-promoters and listeners were responding to the same tale/description. Here, researches asked the participants to write a personal profile — five facts about themselves. Half were told that their profile would be read by other people and that it should be designed to make other people most interested in meeting them. All were asked to predict how others would rate their profile. Each of the 99 profiles was rated by an average of eleven judges.
ADVERTISEMENT

People instructed to make others interested in meeting them put more self-promotion in their profiles.

This is where the bragging backfired. While it didn't change the judges' desire to meet them, it did decrease how much the judges liked them, raising the judges' perception of them as braggarts. And their predictions of how interested and likeable the judges would find them were considerably further off than those of the other profile writers.

Once again, self-promotion served mainly to annoy the audience.

While this study, published in Psychological Science, offers no suggestions as to how to lower the amount of self-promotion we're all exposed to, it should give self-promoters some second thoughts.

RELATED STORIES
Why We Love Bad News
What your Facebook Photo Really Says About You
Are You Afraid of Missing Out?
LATEST NEWS