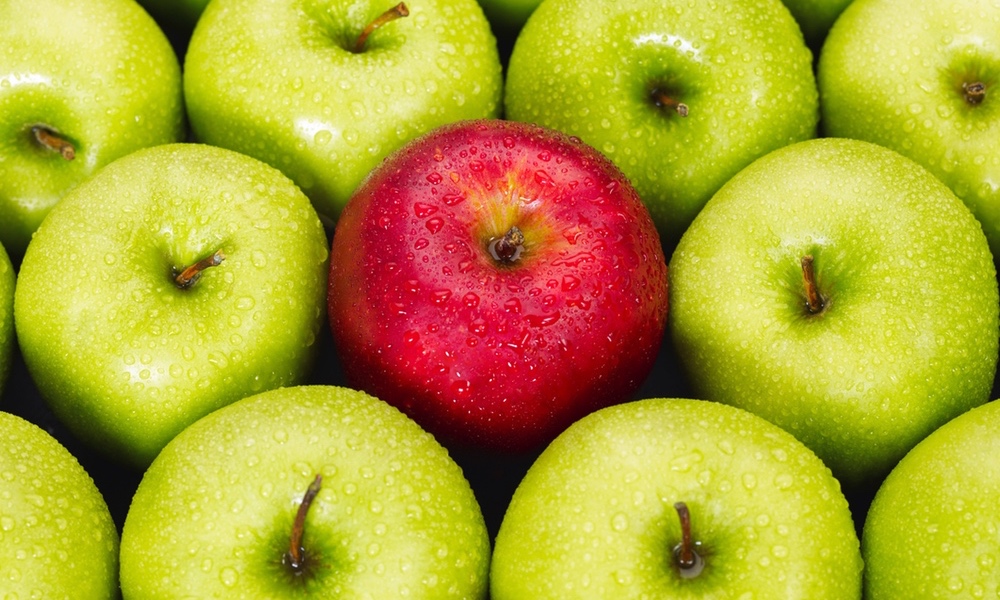 Esther Entin, M.D.
There are fruits that can improve lung function in ex-smokers, and they can also help never-smokers.

As people age, their lungs undergo changes that make it harder for them to work as effectively and efficiently as they did earlier in life. These lung changes, which begin around age 30, can be hastened and compounded by exposure to pollutants and toxins, cigarette smoking and illness.

Quitting smoking, medications and the use of inhalers and oxygen treatment can offer people with compromised lung function some support and improvement; but the aging lung does not always respond as well to treatment. Nutrition plays an under-appreciated role in preserving lung health, and it can even improve lung function in smokers and ex-smokers, a recent study shows. A diet high in tomatoes and fruits, especially apples, can preserve lungs' functioning and help restore lung damage caused by smoking.

Diet can help preserve lung function, especially for people at risk of developing respiratory diseases such as COPD.

The study, from the Johns Hopkins Bloomberg School of Public Health, looked at the diet and lung function of a random sample of almost 700 adults from Germany, Norway and the United Kingdom who were followed for ten years, from middle age to old age.
ADVERTISEMENT
People in the study answered questions about their diets in the 12 months preceding the evaluation. Over 40 percent of the participants had smoked at some point in their lives, and 16 percent were current smokers when the the study began.

Apples improved both forms of lung function. The more fruits and apples a person ate, the less their ability to exhale declined. The total intake of apples, bananas, tomatoes, herbal teas and vitamin C were also associated with slower deterioration in inhalation or FVC.

Tomatoes had a big effect, too. The more tomatoes a person ate, the study found, the better their measures of FEV1 and FVC. Adults who ate more than two tomatoes or more than three portions of fresh fruit a day on average had a slower decline in lung function compared to those who ate less than one tomato or less than one portion of fruit a day. The effect was even greater among the ex-smokers.

Tomatoes are a major source of lycopene, a carotenoid known for its anti-inflammatory properties, and this may be behind the benefits they produce, the researchers believe. Fruits, vegetables and herbal teas are also potent sources of flavonoids, compounds that have both antioxidant and anti-inflammatory effects. Such compounds may contribute to more favorable lung function by promoting the restoration of lung tissue that has been damaged by smoking. The protective effects were only seen with fresh, not processed, fruits and vegetables.

ADVERTISEMENT
“This study shows that diet might help repair lung damage in people who have stopped smoking. It also suggests that a diet rich in fruits can slow down the lung's natural aging process even if you have never smoked,” Vanessa Garcia-Larsen, the study's lead author and an assistant professor in the Bloomberg School's Department of International Health, said in a statement. The findings make clear that diet can help preserve lung function, she explained, especially for people at risk of developing respiratory diseases such as COPD.

The study is published in the European Respiratory Journal.