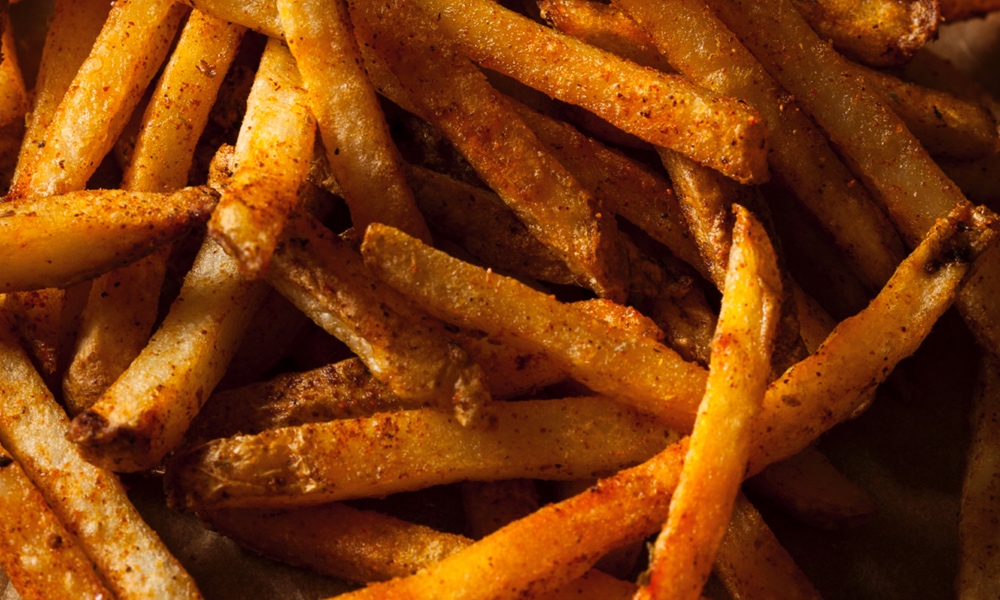 Over six million children in the U.S. have asthma, a chronic lung disease in which the airways become inflamed and narrowed causing symptoms like wheezing, shortness of breath and coughing.

Air pollution is a risk factor for asthma and can also affect the severity of a person’s asthma symptoms. Indoor pollution from seemingly harmless activities like cooking and cleaning, as well as dust mites, mold, pet hair and secondhand smoke can also trigger asthma symptoms.

A child's diet can reduce — or inflame — the symptoms of asthma, researchers at Johns Hopkins University found when they looked at the diets of over 125 children, ages five to 12, who had asthma. About a third of the children had mild asthma; a third had moderate and a third had severe asthma. The children’s caregivers recorded information about the kids' diets, asthma symptoms and inhaler use for one week at the beginning of the study, at three months and at six months. Each time the surveys were collected, blood samples were taken from the children to assess inflammation.
ADVERTISEMENT
Air pollution inside the children’s homes was also measured during each of the three assessment weeks. Two particle sizes were measured, those that were 10 micrometers in diameter, and smaller particles with diameters of 2.5 micrometers or less. When larger particles in the air are inhaled, they deposit along the nasal passages. Finer particles, though not seen by the naked eye, can move farther into the lungs and reach the small air sacs. These are the particles that have been linked to asthma in children and adults.

When the researchers looked at how children's diets corresponded to their asthma symptoms, they discovered that consumption of omega-6 fats made a big difference. For every additional gram of omega-6 fat in their diets, children were 29 percent more likely to fall in the severe asthma category. Omega-6 fat consumption was related to asthma symptoms caused by exposure to both large and small particles of pollution and linked to a higher percentage of neutrophils, a type of white blood cell associated with inflammation, in the blood.

Omega-3 fats reduce inflammation, and omega-3 consumption offered protection from the inflammation connected with asthma. Children whose diets included more omega-3 fats had a three to four percent lower chance of daytime asthma symptoms, even when the exposure to both sizes of air pollution was equal.

Omega-3s are found in fatty fish like salmon, herring, mackerel and sardines, and in flaxseeds, walnuts and chia seeds. A three-ounce portion of salmon would meet a child’s daily need for omega-3s.

Parents and caregivers may be able to lessen asthma symptoms in children due to indoor air pollution by feeding them more foods rich in omega-3 fats and reducing the amount of omega-6 fats in their diets.

The study is published in the American Journal of Respiratory and Critical Care Medicine.