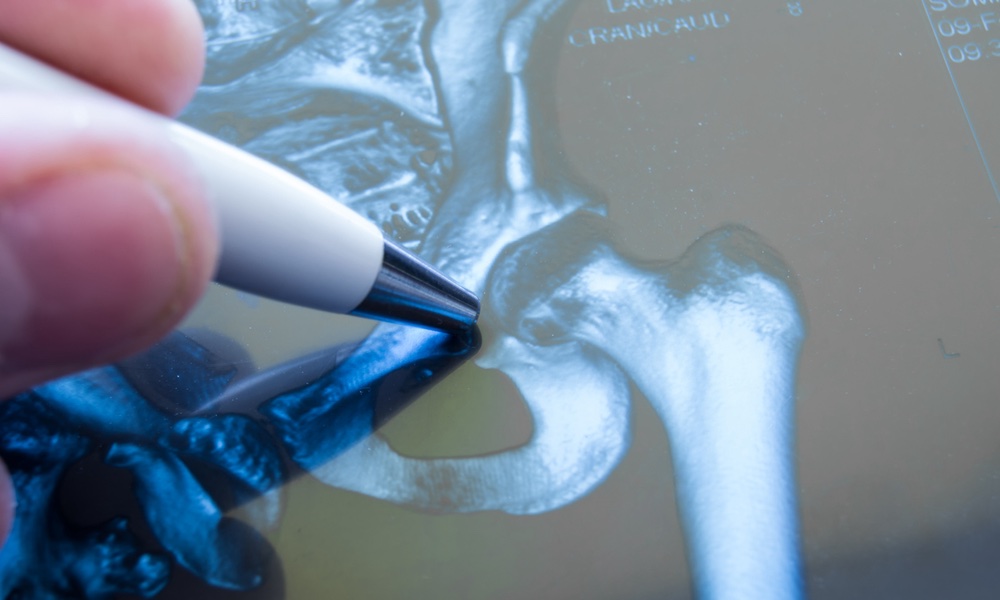 The odds of fracturing a hip are higher for vegetarians and vegans than for those who eat meat. But there are still ways to reduce the risk.

Vegetarian diets have become more popular in recent years. In the United Kingdom, a 2021 survey estimated that five to seven percent of Britons are vegetarian. Compared to diets that include meat, vegetarian diets can reduce the risk of some chronic diseases such as cancer and diabetes.

Vegetarian and vegan diets do have one downside: they are associated with a greater risk of fractures, particularly hip fractures. Given the overall health benefits of eating a vegetarian or vegan diet, understanding the risk of hip fractures in vegetarians has become an important public health goal.

Vegetarians were the only group with an elevated risk for hip fracture, even after other factors, such as age and smoking status, were taken into account.

“Hip fracture is a global health issue with a high economic cost,” said Janet Cade, a coauthor of a study of diet and hip fractures at the University of Leeds in the United Kingdom. While plant-based diets have been linked to poorer bone health, evidence on the link between diet and hip fractures has been lacking, according to Cade, the leader of the Nutritional Epidemiology Group at Leeds.
ADVERTISEMENT
Researchers analyzed data from a subgroup of women between 35 and 69 years old who were enrolled in the U.K. Women’s Cohort Study. The women had answered a mail survey from the World Cancer Research Fund, and then agreed to respond to a more detailed 217-item food frequency questionnaire.

Almost 840 hip fractures, representing a little more than three percent of study participants, were reported among the women during the approximately 20-year follow-up period. Vegetarians were the only group with an elevated risk for hip fracture, even after other factors, such as age and smoking status, were taken into account.

Out of the almost 26,500 women in the study, those who said they ate a vegetarian diet had a 33 percent greater risk of hip fracture than those whose diet included meat.

The findings were not too surprising, lead author James Webster told TheDoctor. Previous studies had shown that vegetarians’ bone mineral density was lower on average than that of people who ate meat, chicken, or fish. This study followed groups of subjects over a period of time to gather information and record their outcomes.

Both vegetarian diets and diets that include meat can be healthy or unhealthy. What matters most is the range of foods a person actually eats and lifestyle factors like exercise and not smoking.
ADVERTISEMENT

Vegetarians can help their bones and reduce their fracture risk by eating a balanced diet rich in nuts, legumes, beans, whole grains and, if they are not vegan, eggs and milk; and eating fortified foods such as cereals with B vitamins, iron and protein.

They can also take B12 and omega-3 supplements, as “an inexpensive added precaution,” Webster, a postdoctoral researcher at the University of Leeds, suggested.

Like the rest of us, vegetarians should also try to maintain a healthy body weight. Being overweight or underweight can increase hip fracture risk. Regular, weight-bearing exercise is also important. “Consider resistance exercise, which has positive effects on bone and muscle health,” Webster advised.

Using data from the U.K. Biobank, another large database of men and women across the United Kingdom, Webster and his colleagues plan to conduct a similar study to confirm these results in a larger sample of U.K. adults, including men. They will also try to pinpoint why vegetarians are at increased risk of hip fracture. Webster added, “This will help us develop public health interventions and policy guidelines to reduce hip fracture risk in vegetarians through dietary changes or weight management.”

The study is published in BMC Medicine.