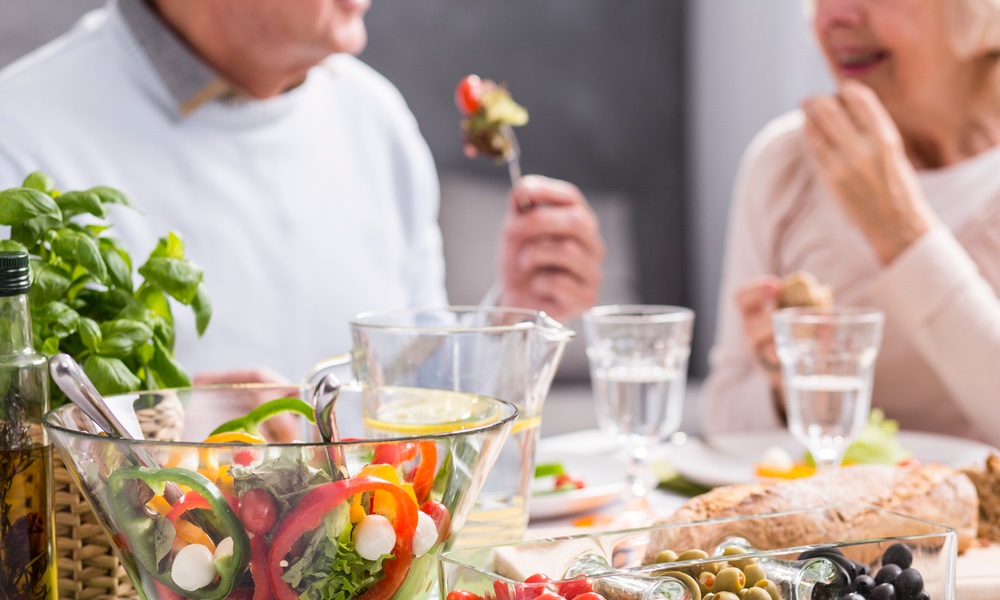 Foods to Add Years to Your Life

An analysis of a hundreds of studies on diet and longevity delivered clear results. Here's what paid off.

The average American lives to around 79 years old, but could there be a way to add more years to our lives? After analyzing mountains of data, two researchers suggest the answer may be yes.

The researchers, Valter D. Longo, a professor at the University of Southern Californa's Leonard Davis School of Gerontology and Rozalyn M. Anderson, Director of the Metabolism of Aging program at the University of Wisconsin School of Medicine and Public Health, reviewed hundreds of studies on nutrition, diseases and longevity in laboratory animals and humans. They then combined the data with their own studies on nutrients and aging.

The two researchers also looked at popular diets such as calorie restriction diets; high-fat and low-carbohydrate ketogenic diets; vegan or vegetarian diets; and the Mediterranean Diet.

Their extensive findings, published in the journal Cell, also included a review of different forms of fasting, as well as an examination of lifespan data from epidemiological studies that trace how often diseases occur in different groups of people and why. Longo and Anderson also linked these studies to specific dietary factors that increase the risk of disease such as insulin levels.
ADVERTISEMENT

After reviewing the data, they found that the optimal diet plan is one that is a combination of eating a diet that’s high in plant-based proteins, along with engaging in periods of intermittent fasting and puts an emphasis on:

Those who want to add more good years to their lives should eat, “Lots of legumes, whole grains, and vegetables; some fish; no red meat or processed meat and very low white meat; low sugar and refined grains; good levels of nuts and olive oil and some dark chocolate,” Longo recommended, in a statement.

While higher amounts of protein are better for people over 65, those under sixty-five should consume less protein.

The researchers acknowledge that their longevity diet shares similarities with the Mediterranean-style diets eaten in populations where many people live to be 100 or older and live in so-called super-aging “Blue Zones” — Sardinia, Italy; Okinawa, Japan; Loma Linda, California. These are areas where residents tend to eat a diet that is largely plant-based or pescatarian (fish focused) and relatively low in protein.
ADVERTISEMENT

But there are differences. Specifically, Longo points to their article’s recommendation for limiting food consumption to 12 hours a day, as well as their recommendation to have several short fasting periods during the year. He also stressed that diets should be tweaked depending on sex, age, health status and genetics. For example, while higher amounts of protein are better for people over 65, those who are younger should consume less protein.

It’s important to note that this diet plan isn’t focused on losing weight, but rather on staying healthy and living longer. “The longevity diet is not a dietary restriction intended to only cause weight loss but a lifestyle focused on slowing aging, which can complement standard healthcare and, taken as a preventative measure, will aid in avoiding morbidity and sustaining health into advanced age,” Longo said.

Before radically changing your diet or engaging in a fasting plan, be sure to run it by your healthcare provider.