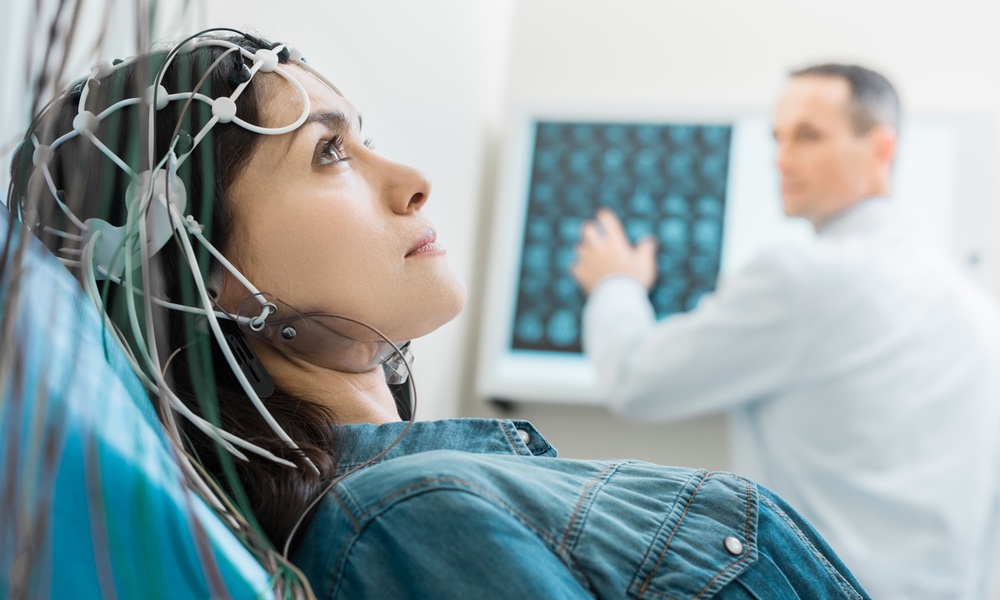 A Promising Way to Preserve Memory

Low levels of electromagnetic stimulation to certain areas of the brain enhanced memory, suggesting a possible hedge against dementia.

“Memory is the treasure and guardian of all things,” the ancient Roman philosopher and statesman, Cicero, said. It’s why holding onto our memories of past events and experiences is so important to helping us lead full and cohesive lives.

Unfortunately these remembrances, known as episodic memories, can decline with age, certain types of dementia and brain injury. But there may be a way to recharge our memories using low levels of electromagnetic stimulation called transcranial magnetic stimulation or rTMS, a new study suggests.

The University of Birmingham study found that low frequency rTMS delivered over the left prefrontal cortex of the brain (the area in charge of emotions) can help improve memory by reducing the power of distracting low frequency brain waves as memories form.

Low frequency rTMS delivered over the left prefrontal cortex of the brain can improve memory by reducing the power of distracting low frequency brain waves as memories form.

The stimulation is non-invasive and low-key. During an rTMS session, an electromagnetic coil is placed against the scalp near the forehead. The electromagnet delivers a magnetic pulse that stimulates nerve cells in a targeted region of the brain.
ADVERTISEMENT

To test the effectiveness of this painless technique, researchers performed two experiments. In the first, the team analyzed past data from 40 college students who were asked to memorize lists of words. While trying to memorize the words, half the participants received rTMS over their prefrontal cortex, while the other group received the treatment over a control area of the brain.

In a second experiment, the researchers gathered data from 24 college students who each took a similar memory test under both rTMS conditions.

The data revealed that subjects remembered words better when the left prefrontal cortex was being stimulated. EEG data recorded simultaneously during the experiments clarified their findings. Slow rTMS applied to the prefrontal region reduces the power of low-frequency (beta) waves in an area of the brain involved in attention and perception known as the parietal region.

The scientists think that this enables slow rTMS to enhance the encoding of the words being memorized and ultimately improves memory. “Our electrophysiological results suggest that frontal stimulation affects a wider network and improves memory formation by inhibiting parietal areas (the region of the brain vital for sensory perception and integration),” researcher Mircea van der Plas, one of the study’s co-authors, said in a statement. “These are complex but interesting effects that require further experiments to better understand their neural basis.”

The takeaway is that with a little help from painless, magnetic stimulation, there’s hope our memories may last far longer. Perhaps learning a second language might come a little easier, too.

The study is published in PLOS BIOLOGY.